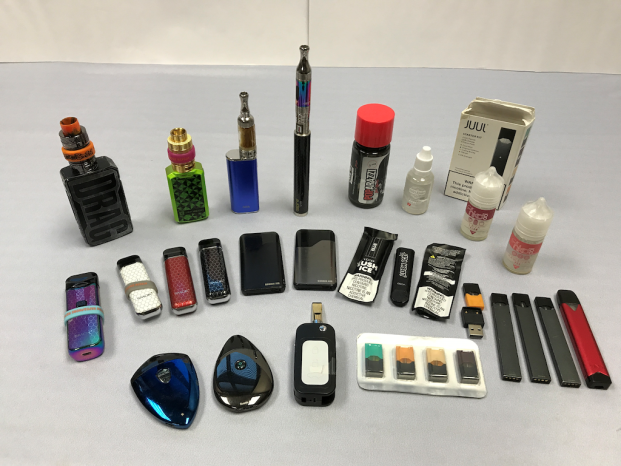 COLUMN: Talk with your kids about the dangers of vaping

In this era of half-truths where people post memes and random articles on social media like they are gospel, you have to be careful where you get your “facts.”

Unfortunately, more often than not, it’s social norms and acceptance that dictate whether something is “OK” rather than the actual truth. And these norms can evolve quickly and take unexpected turns, especially in today’s fast-paced culture. This could be applied to many different things.

But I don’t want to be vague—I’ll focus this piece on something that should be of concern to all parents and guardians—teen vaping.

Now, opinion pieces usually don’t result in dramatic changes of mind and behavior. If one did, then that would be great! But, of course, this is the platform I’ve been given and I don’t take it lightly. So, I use it to talk about things that are of importance, and what could be more important than the health and well-being of our children?

It’s always a challenge to older generations to keep up with the dangers facing the younger generation. We are at a disadvantage from the get-go. They are growing up in a completely different world. My 5-year-old son gets on a touchscreen tablet to watch children’s videos and play games; in contrast, when I was a junior in high school, our computer lab had just one computer with Internet access—and it was dial-up.

One example of this is how easy it is to hide vape pens and similar devices. Older generations had cigarettes, and the problem was more out in the open. Nowadays, cigarettes are closer to taboo due to the awareness of ill health effects. Vaping, however, is accepted because of the perceived lack thereof, despite the absence of long-term studies.

You’ve got to be extremely vigilant to know what your kids are doing. But instead of waiting until it becomes a problem, we need to have conversations with our kids now (over dinner seems like a good start). Fortunately, groups like Compact 2020 are working to educate the community about teen substance abuse.

Perhaps the biggest danger of vaping is the misuse of it. There are devices that have deceptively high levels of nicotine, and, in some cases, marijuana. Many such devices can be purchased online and can contain much higher levels of THC than traditional marijuana. Shelby County law enforcement has confiscated several such devices from underage users recently.

The law has begun to adapt to the problem with recent developments such as the flavor ban and the raising of the minimum age for consuming tobacco products to 21. But, as with other issues, if we wait for the law to catch up to technology, we will be too late.

The more things change, the more they stay the same

By MICHAEL J. BROOKS | Guest Columnist Note: This is an opinion column. A guest recently remarked that he enjoyed... read more