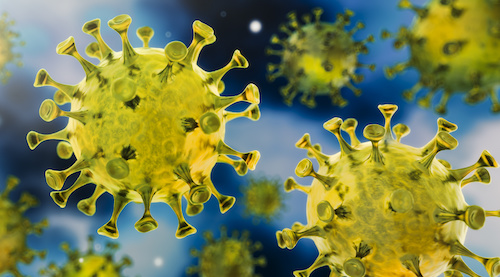 Kelsey Collum of Alabaster was extremely sick in January long before Shelby County residents were largely confined to their homes due to the public health crisis caused by COVID-19.

Collum’s symptoms were similar to those of the flu, but the lack of an initial diagnosis led her to have a COVID-19 antibody test.

“I had a horrible cough, troubling breathing, high fever, sore throat, body aches and chills, but flu and strep tests came back negative,” Collum said. “I also had several breathing treatments to help open up my airway.”

As the symptoms of the novel coronavirus became widely known, Collum couldn’t help but wonder if she had already been exposed back in January. On April 29, she visited MainStreet Family Care in Pelham to get tested.

On Tuesday, May 5, she received her test results.

“My COVID-19 antibody results were positive, indicating that I have been exposed to the virus and I have formed an antibody,” Collum said.

She described the testing process as “fast and simple” and said she was given information prior to being called back for a blood draw and an examination.

While the results do not prove without a shadow of a doubt Collum’s aforementioned symptoms were directly caused by COVID-19, they do show that her body now has a better chance of fighting the disease.

Collum, who teaches special needs students in Shelby County, highly recommends the test to those who might benefit.

“Being a teacher, my schedule has been overwhelming trying to meet the needs of my students without being in person,” she said. “Being a full-time teacher and mom with a 2-year-old has been challenging, too. We are just trying to stay as safe as possible, while also staying in somewhat of a routine.

Arrol Sheehan, Public Information Division director for the state Department of Public Health, said ADPH is continuing to review information from expert bodies such as the Infectious Disease Society of America.

“ADPH continues to have concerns about antibody testing in terms of sensitivity and specificity as well as interpretation,” Sheehan said.

For more information about the background of antibody testing, visit Idsociety.org/globalassets/idsa/public-health/covid-19/idsa-covid-19-antibody-testing-primer.pdf.