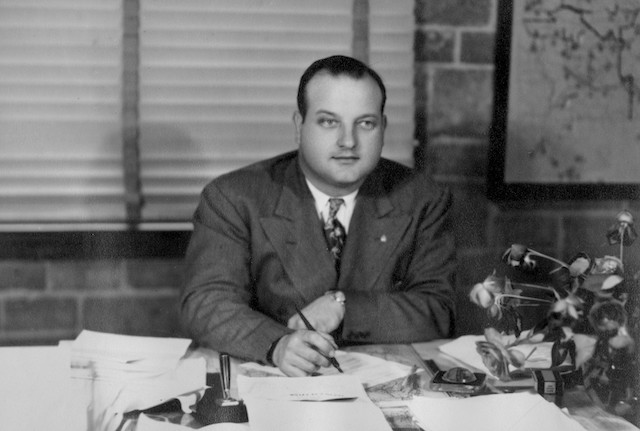 Ensign Ward Wharton McFarland is recognized as Veteran of the Week. (Contributed)

“The American Village is pleased to join the Shelby County Reporter in recognizing Ensign Ward Wharton McFarland as Veteran of the Week,” American Village founder and CEO Tom Walker said. “He is representative of the hundreds of thousands of Alabamians who have risked it all for the sake of our country and its freedom. To all veterans we owe a debt we can never fully repay.”

Ward Wharton McFarland was born in Tuscaloosa in 1914. He served in the United States Navy during World War II, during which his vessel was bombed. Accepting medical discharge along with other survivors of the incident, he came home to enlist in the U.S. Army Air Corps.

His resolute patriotism during this time served as a foreshadowing of the resolve he maintained in all other enterprises in his life. McFarland has a lasting legacy in the state of Alabama. He was an educator, lawyer and a businessman. He served as both State Highway and State Docks Director and participated in International Commerce to recruit industry to Alabama.

McFarland founded a multi-million dollar real estate empire that included the development of malls, apartment complexes, medical buildings, restaurants, hotels and neighborhoods throughout the South. His efforts were recognized in 1979, at the time of his death, as the Alabama State Senate commended him as one of the state’s most outstanding and contributing citizens.

“The State of Alabama is easy to sell … because Alabama is a great product.” State of Alabama Docks Director the Honorable Ward Wharton McFarland, speaking on his job of exporting Alabama goods and fostering international investment for economic development in the state.