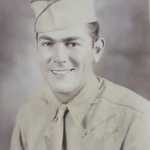 “The American Village is pleased to join the Shelby County Reporter in recognizing Private George Walker Farr as Veteran of the Week,” American Village founder and CEO Tom Walker said. “He is representative of the hundreds of thousands of Alabamians who have risked it all for the sake of our country and its freedom. To all veterans we owe a debt we can never fully repay.”

George Walker Farr was born in Birmingham in 1919. He entered the service as a U.S. Army Private in May of 1944 at Fort McPearson in Georgia. He served during World War II in the Philippines with the 737th Railway Operating Battalion, and was honorably discharged in November of 1945 in Seoul Korea. Farr immediately reenlisted and served two more years with a Military Police Detachment, receiving his second honorable discharge at Camp Stoneman, California in July of 1947. He died in 2007 and is buried at Elmwood Cemetery in Birmingham.