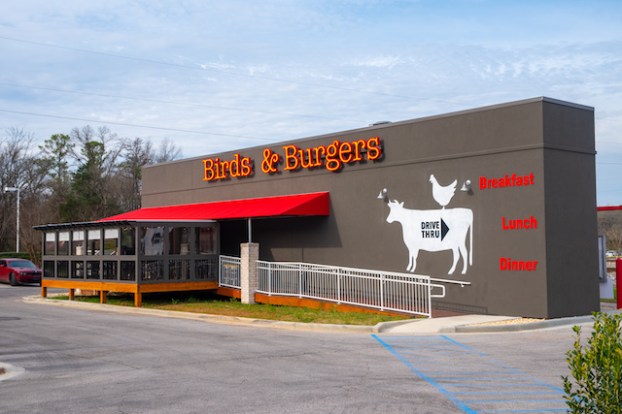 The owner of Birds & Burgers in Alabaster gave his employees $2-an-hour raises to help during the COVID-19 pandemic. (File)

Make no mistake about it—we are still in the midst of the COVID-19 crisis. And if you are like me, your opinion of what people should do falls somewhere between two extremes—one being complete isolation until the pandemic is over, the other being a total investment in getting the economy back on its feet.

Even though most of us fall between those two extremes, however, there seems to be little agreement. It isn’t uncommon to witness one side accusing the other of being wrong. If you stay home, you’re paranoid. If you live life normally, you’re being careless. Well, I think for most of us, the answer isn’t that cut and dry.

I believe the “correct” answer, if there is one, consists of some combination of those two approaches. Yes, we must get our economy going again. Yes, we must do so with a degree of caution, especially in areas where outbreaks are occurring. And if need be, perhaps special measures could be taken in those areas to curb the outbreaks.

I’m just trying to make sense of this situation. But while people might not agree on the best solution, I believe we can all agree on something—it’s good to help people when we see them in need, and sometimes that requires sacrifice—or, at the very least, risk.

One local business owner, Tyre Stuckey of Birds & Burgers in Alabaster, took a risk when he decided to go against the grain in response to COVID-19. While some businesses were laying off workers (and I realize that in many cases, this was unavoidable), he decided to give each of his employees an additional $2-per-hour “hero bonus.”

While families were struggling, Stuckey saw the needs of his employees’ families and tried to meet them. He gave the out-of-work parent of one worker a job, and set up a food delivery service to create more opportunities.

Birds & Burgers also reduced some menu prices and added value items, such as wraps, to assist customers who had been affected financially by the crisis. This did not come at the cost of quality either—in fact, the opposite is true in Stuckey’s case. He is so committed to using quality ingredients that, in response to customer feedback, he upgraded to a more expensive potato for French fries.

I’m not writing this as an advertisement. I just think it’s an example of someone trying to do good in the community. It’s a business model that’s about more than just cooking and serving food—it’s about being present in the moment, when an unexpected crisis hits. It’s about treating people how you would want to be treated.

So far, it’s paying off—Birds & Burgers has seen a 60-percent increase in sales for the month of May.

FROM STAFF REPORTS / Editorial  Have we ever been so surprised when something happened exactly when it was supposed to?... read more