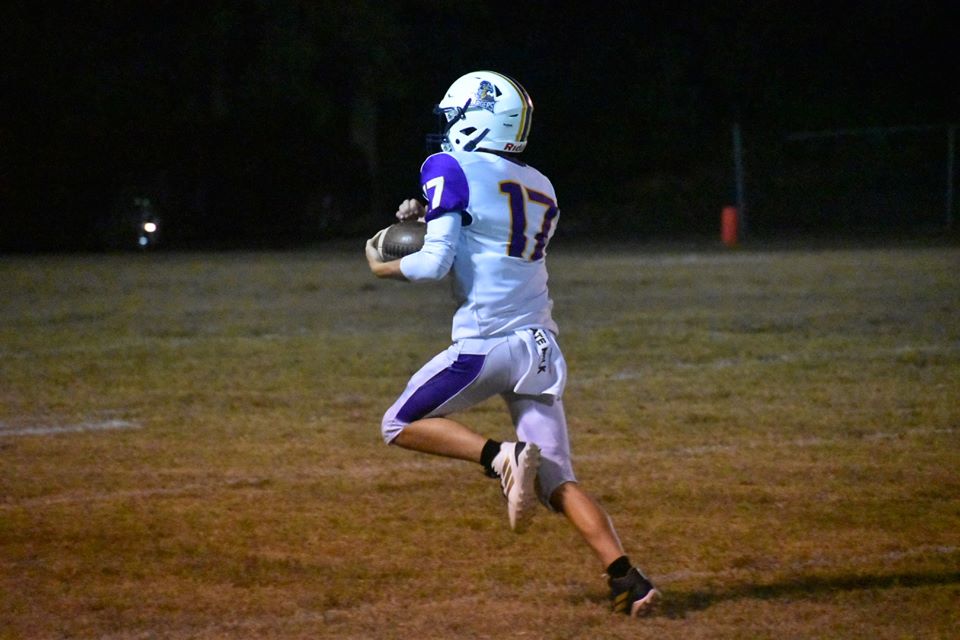 Cornerstone’s Thomas Cleckler carries the ball in a past game. (File)

COLUMBIANA — The Southern Prep Academy Fighting Rangers outpaced the Cornerstone Christian Chargers in Friday night’s season opener, 28-12, despite a 12-12 tie as late as the third quarter.

After about an hour delay due to lightning, the game was finally underway by about 8. Southern Prep’s Nyqerious Dowdell hauled in a pass from Owen Wolfe to put the Rangers on the board first in the first quarter.

Dowdell would strike a second time on a pick six from about 70 yards out to double the Rangers’ lead.

With 10:45 on the clock in the second, Cornerstone’s Christian Chapman scored a short touchdown to slice the lead back to 6. That would be the only score for the remainder of the half.

With 10 minutes to go in the third quarter, Chapman cut through the middle for a 9-yard gain, setting up another Charger first down and another touchdown to tie the game. However, the 2-point conversion attempt came up short.

As the clock ticked down from 13 seconds in the third, Dowdell made his way up the middle to stack on another 6 points for the Rangers. This time the 2-point conversion was good, making it 20-12 Southern Prep Academy.

The Rangers would score their final points on a Wolfe keeper and another conversion as Cornerstone’s season opener slipped away. But Cornerstone coach James Lee was proud of the way his team played Friday night.

“I know it’s a loss, but I’m extremely proud of our guys,” Lee said, adding, “I don’t know if I’ve ever seen our guys play this hard.”

“Cole Davis had some monster tackles. He had a really good game,” Lee said.

He cited depth issues as part of the reason for the Chargers’ difficulties Friday night but left the game optimistic.

Next week, Cornerstone takes on Banks in another home game.