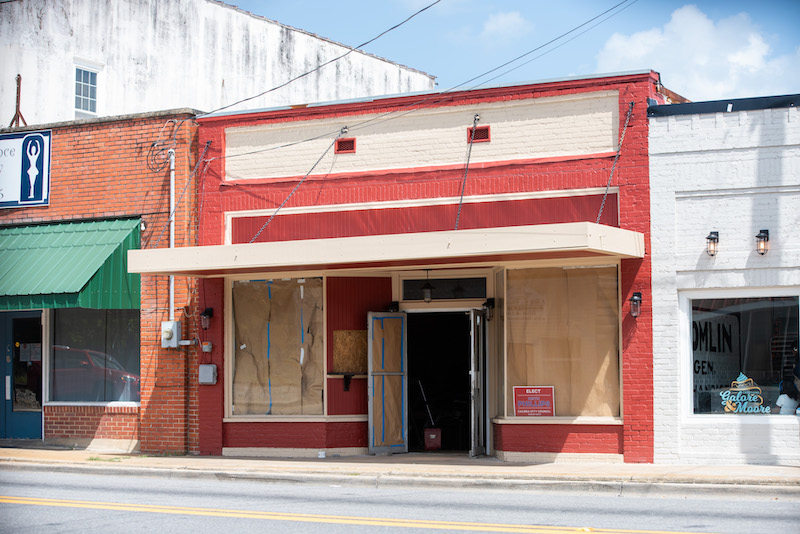 CALERA — Big Lupo Pizza Café will be the latest to join a wave of new tenants in Calera’s historic Main Street district this November, bringing the area another step toward becoming an entertainment district.

“It’s something you won’t find anywhere else in Calera,” he said. “Think of that classic pizza where you see the blobs of mozzarella, fresh basil gently on top, just a hint of char around the edge.”

Wolfe, a Shelby County resident for more than 15 years, has worked in the food and beverage industry for most of his life. As a teenager he held part-time jobs at pizza places and went on to work at restaurants in Hoover, Tuscaloosa and Birmingham.

“Pizza’s what I know,” Wolfe said, adding that his favorite pizza varies from one day to the next but there is one constant—the dough.

“For pizza, the dough is the thing. If you don’t have that dough, it doesn’t matter what you put on top of it,” he said.

Wolfe’s business venture started while he was playing Dungeons & Dragons at R.O.E. Hobby, a hobby and gaming shop located along Alabama 25 just a few stores up from the future home of Big Lupo. He started talking about wanting to open up his own restaurant and before long, word got out.

Wolfe is eyeing a November opening date but could not offer a specific date. He said the venue will offer both indoor and outdoor seating and he plans on partnering with DoorDash for deliveries. The vision is to have a stage out back facing the Calera Courtyard featuring live music and a full bar. The courtyard is the parking area behind the rows of buildings along U.S. 31 and Alabama 25 and is accessible via 17th Avenue.

As for the menu, it is currently still in development but those who are interested may visit Big Lupo Pizza Café’s official Facebook page and leave ideas in the comments. A website is also in the works.

“I want to make pizza better than anyone else. I want to get to know customers. I want a customer to walk through my door. I want to know who they are, and I want to know what they’re going to want,” Wolfe said. “I can’t wait to meet everybody, I mean absolutely everybody.”

“Calera Main Street is extremely excited to feature our first new restaurant under our revitalization program that is just barely a year old,” Batson said.