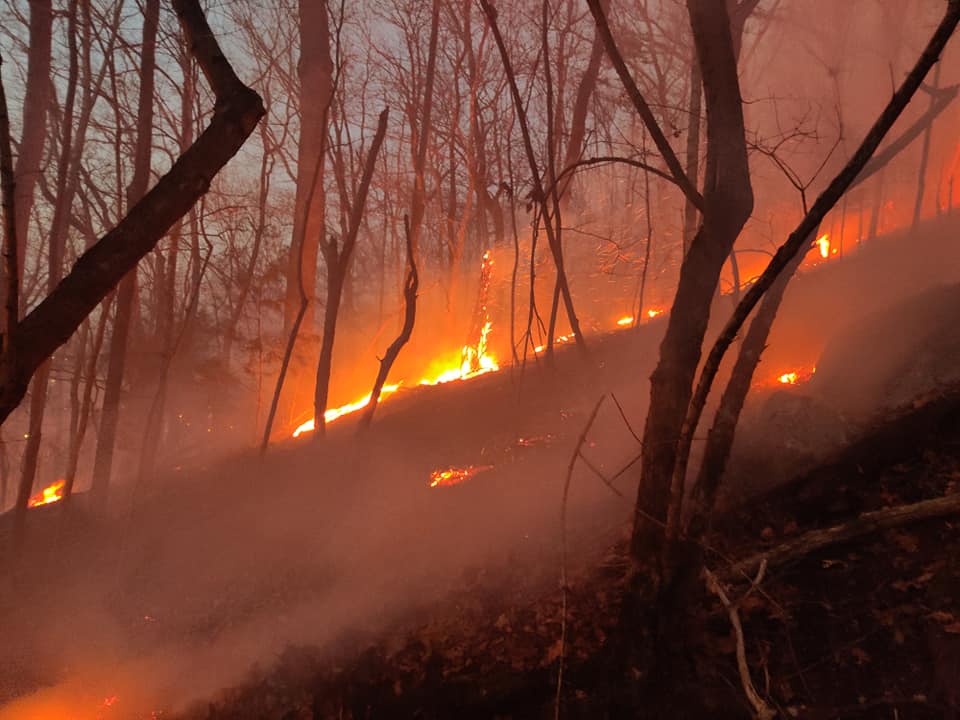 The blaze was in the 2500 block of Pelham Parkway. (Contributed / Pelham Fire Department)

PELHAM — The Pelham Fire Department, with assistance from other area fire departments, contained a brush fire that occurred Friday night, Jan. 15 in the 2500 block of Pelham Parkway, PFD first reported at 5:24 p.m.

“The fire has burned one acre, and we have requested the Alabama Forestry Commission respond to the scene. Mutual aid partners are also responding,” the department posted on its official Facebook page.