Spinnin’ the hits: Dr. Dax Davis brings back the heyday of the deejay 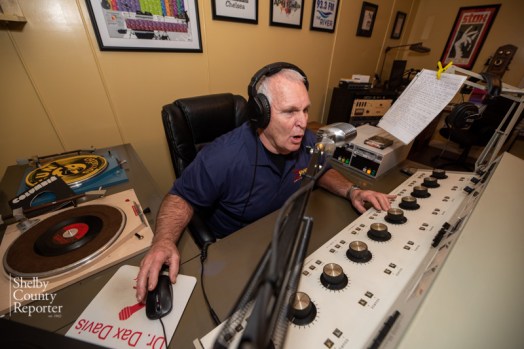 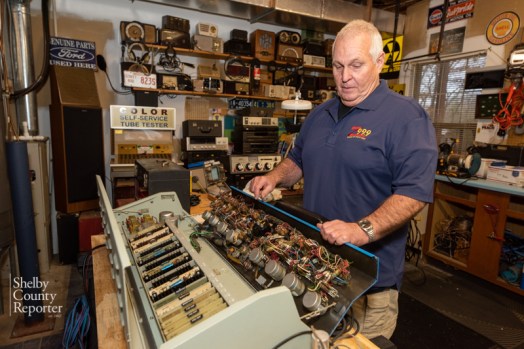 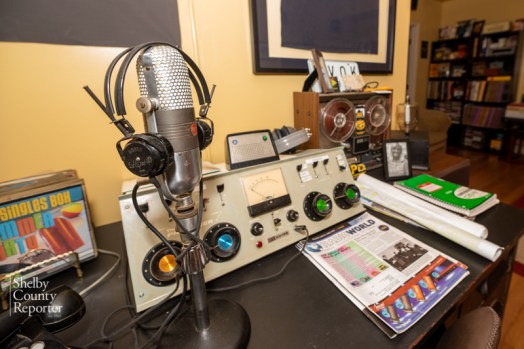 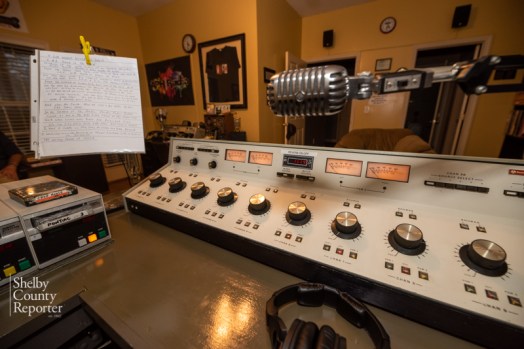 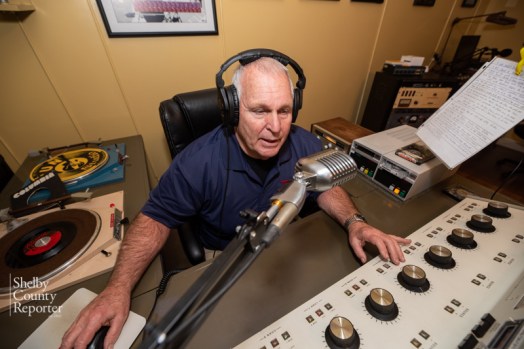 ALABASTER — Turn on the radio and hear sayings like, “A gold nugget because you dug it” or “Climbing up the walls, kicking off my toenails, I’m getting right tonight because I’ve been wrong too long,” and you’ve probably found “the No. 1 sound in the town,” the antics of Alabaster deejay Dr. Dax Davis.

Davis, perhaps better known as Charles “Skip” Leslie, hosts “The Solid Gold Oldies Show,” which airs daily on Z-Mix 99.9 FM (formerly APH Radio) in Alabaster, and weekly on numerous other Central Alabama area stations. Whether you know him as “The Platter Pushin’ Pappa” or simply “Dr. Dax,” he and his Moldie Oldie Crew are there for one reason—to entertain.

But what sets apart Dr. Dax’s show is not only his audible enthusiasm but that, 99 percent of the time, his music—primarily ’50s, ’60s and ’70s Top 40 hits—comes straight off of vinyl records, cart machines or old-fashioned reel-to-reels found in his home studio.

“The harmonics and the tones are better than computerized animation music,” Davis said. “When people hear me play a record and they hear the popping and the cracking, that’s what they grew up on. They love that.”

The way Davis behaves on his show is intentional—and inspired by the deejays of his childhood, back when everything was done in the studio live. Among the influences he cited were Joe Rumore of WVOK Birmingham, Duke Rumore, Dan Brennan, Don Keith, Scott Michaels and others.

“Everybody in the Birmingham area listened to Joe Rumore,” he said. “He would usually come on at 9 and stay on until 12. He would broadcast from his house, and he bought air time.”

Similarly, Davis does all of his shows from his Alabaster home, and he does not charge the stations that air his show. He seems to thrive off of the sheer enjoyment of hosting the program and spinning the tunes of yesteryear—whether it be Elvis, Carl Perkins, The Drifters, Sam Cooke or Smokey Robinson.

“It’s a hobby,” Davis said. “If one person says they enjoyed my show and they enjoyed the song I played, that’s enough for me. If I started charging it would become a job.”

The Doc even takes requests, and these are done in the format of a mini-skit that features an old-fashioned phone ringing sound effect and a voice that acts out the request, naming a song title and artist.

Recently, a listener requested a song she and her husband danced to at the Phillips High School prom they attended in 1964. It had been years since the couple had heard the song played.

“It’s just like a radio station in the ’60s. People love that,” Davis said.

He also plays genuine old car commercials and even has the equipment to add reverb to his voice, so that he sounds like he’s talking from inside a tunnel. Those kinds of effects were common in the heyday of radio.

Davis describes his show as “zany.”

“The deejay yelling and screaming, he’s selling his show is what he’s doing. They don’t do that anymore,” he said.

But make no mistake, recording a show takes plenty of work. It typically takes 8-9 hours to make a 3-hour show, Davis estimated. And he has a crew of four people who assist him with the program. The “Moldie Oldie Crew” consists of engineer Robert Williams, “Media Maniac” Josh White, computer programmer and request line operator Ken E. King, and Janice “Fang” Young, who designs shirts, hats and other novelties.

“I couldn’t do anything without the help of my Moldie Oldie Crew. I couldn’t do it by myself; it’s just too much work,” Davis said.

Prior to starting the show in 2018, Davis had always tinkered with old radios and electronic equipment. Back in his school days, he was fond of communications and radio. He attended Bessemer Tech technical school and worked at local radio stations to earn extra credit, where he would do everything from emptying the garbage to assisting the engineers and deejays.

Davis ultimately took a different direction with his career, working for the Alabaster Police Department for 27 years. He then transferred to the Alabaster Fire Department as fire marshal for the city of Alabaster for 11 years. After retirement, he returned to Alabaster PD where he continues to work part-time as a patrol officer.

It was in his partial retirement that Davis found his first love again.

“I thought, ‘Radio stinks in this town, so I can just play my own music,’” he said.

In addition to his regular home shows, Davis does monthly remotes at Siluria Brewing Co. in Alabaster, where listeners participate in live trivia. These shows air on Z-Mix 99.9 FM Alabaster, which hosts his show Monday through Saturday from 4-7 p.m.

“Things have slowed down so much, but we’re hanging in there,” Davis said.

“The Solid Gold Oldies Show” can also be heard on the following:

-Saturdays on The Peach WKLF 95.5 FM Clanton from 9 p.m.-midnight

You can also find him on Facebook under the title “The Dr. Dax Davis Show.”