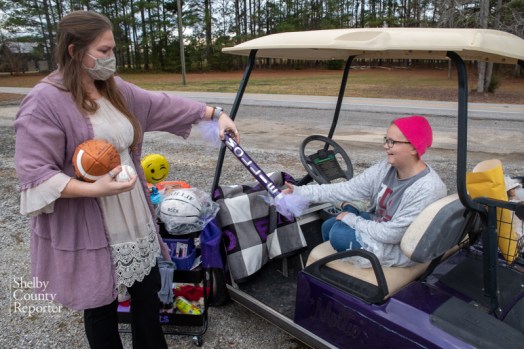 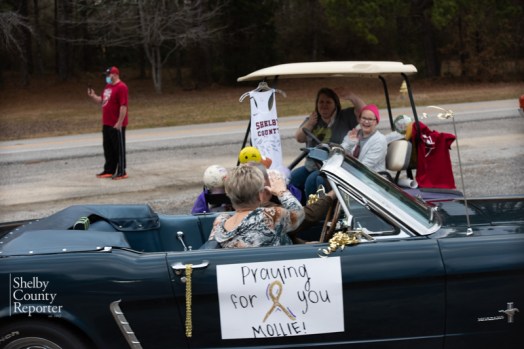 Car after car, in addition to first responder vehicles, passed by the front of Fourmile Baptist Church to wish Mollie well a day before her surgery. 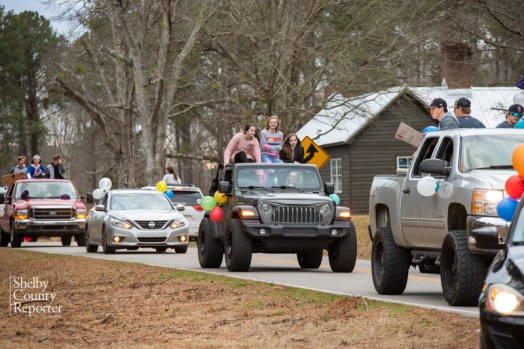 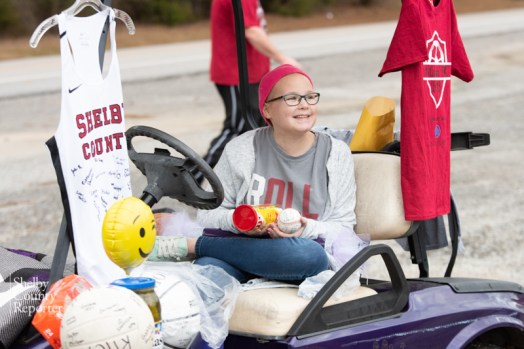 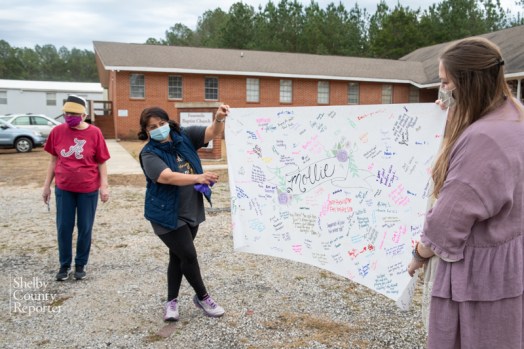 A caravan of classmates, family, friends and community members made their way from Shelby County High School to Fourmile Baptist Church outside Wilsonville on Tuesday, Jan. 26 to show their support for senior Mollie Wilder, who was scheduled to undergo surgery for a brain tumor the following day.

The church was chosen as the parade site because it is the family’s home church and it offered ample space for the event.

“At one point I felt tears coming to my eyes. I didn’t realize that there were going to be that many people,” Wilder said, adding that the parade was a little overwhelming but also “reassuring.”

Her parents, Renee and Scott Wilder, were among those watching from the church parking lot. While waiting on the vehicles to arrive, Renee Wilder recounted the events that led up to Tuesday.

In 2013, Mollie was diagnosed with a stage 4 brain tumor, and the outcome was grim at the time. She pulled through, miraculously, and underwent seven cycles of chemotherapy and 30 radiation treatments.

“She came through like a champ and has just flourished since then,” Renee said, listing her daughter’s accomplishments in spite of her battle—A-B honor roll, Beta Club, choir member and current Miss SCHS among them. She noted that Miss SCHS is considered the “hostess” of the school and is elected to represent the school by student government.

“She has medically been very healthy, but last June on one of her regular MRIs they noticed a suspicious spot,” Renee continued. “So, we followed up in December, and in December, it was determined that the spot was a secondary cancer. We don’t know what kind and won’t know what kind until they do surgery. We just know that it’s on the motor strip part of her brain, and it’s in the area that controls her feet and her legs, so there is some probability that she is going to have some impairment due to that, but of course there again, we don’t know until after the surgery.”

Renee said the first time around, the family didn’t have much time to prepare, but this time there have been more opportunities to gather their thoughts and take in all the prayers and community support.

“All of the support is amazing, from people that we know to people that we don’t know, just to know that you have those people that are praying for you,” she said. “It means a lot, especially in the COVID world that we are in now.”

Rebecca Hicks, special ed teacher at SCHS and sponsor of the Peer Helpers, the group that spearheaded Tuesday’s parade, said she had chills as people lined up to participate.

Hicks said plans for the parade started last Tuesday and spread fast because everyone wanted to help.

“In December when all of this news came out, we knew we wanted to do something to help her know that this is OK. It’s senior year, she’s going to miss all of this stuff and it’s very stressful, so we kind of just came together as a school but it spread very quickly to the community,” Hicks said. “She is a very easy person to love.” 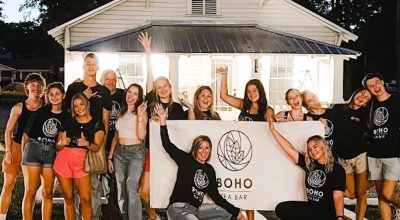