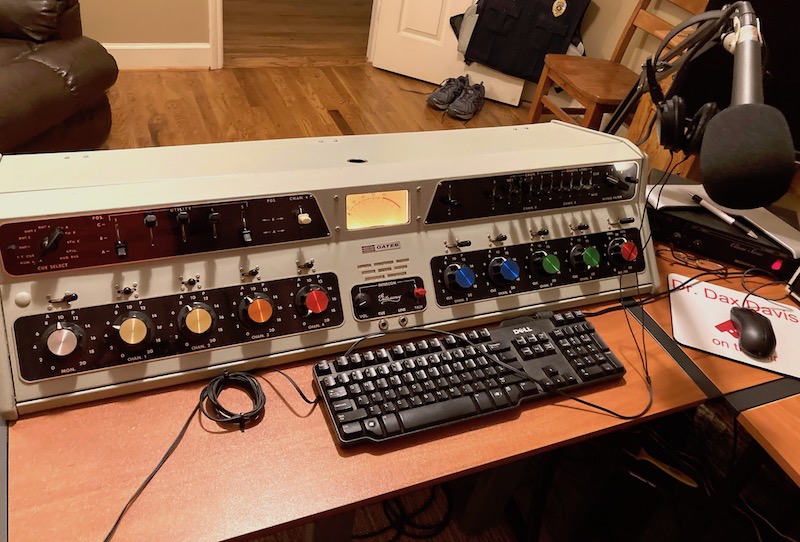 There’s something satisfying about putting on a vinyl record. I do not own very many of them, mostly due to the increased cost relative to a CD or digital music file, but I have an appreciation for the old, reliable format.

Music lovers today cannot truly say that they “own” a copy of their favorite albums if they merely listen on their phones. A vinyl record is a real, physical product that you can hold in your hands. Then there’s the experience of placing the needle on the record and hearing those first few pops and cracks—it is nostalgic and magical.

In many ways, records are superior to their successors, which is perhaps why they are making a comeback. Someone who appreciates the value of a record and analog equipment is Alabaster-based radio personality Dr. Dax Davis.

Davis, whose real name is Charles “Skip” Leslie, hosts “The Solid Gold Oldies Show,” a daily program that airs on Alabaster’s Z-Mix 99.9 FM (formerly APH Radio) and several other stations. The majority of the music heard on the show is played from records and analog equipment in his Alabaster home.

“When people hear me play a record and they hear the popping and the cracking, that’s what they grew up on. They love that,” Davis said.

I enjoyed getting to interview Davis at his home, particularly because it brought back some childhood memories. My Dad is a radio deejay, and one of the standout memories from my childhood is when he would let me cue up a record and press the button to play it on his program.

Davis has something that is attached to that memory. He and engineer Robert Williams restored the old control board my Dad used at WKLF, a Chilton County station, from early 1973 to 1987. I immediately recognized the different colored knobs on the front panel. And, much to my surprise, Dr. Dax let me play a record and operate the board.

There seemed to be a childlike sparkle in Dr. Dax’s eyes when he saw me sitting at my Dad’s old board. I think that shows an important part of why certain people love what they do—they like to share the experience with others.

Be sure to tune into Dr. Dax’s show Monday through Saturday at 4 p.m. Oh, and in case you’re wondering which record I played, it was the Cascades’ 1962 hit “Rhythm of the Rain.”

I refuse to pay for Gov. Ivey’s lies until…