COLUMN: To cancel or not to cancel 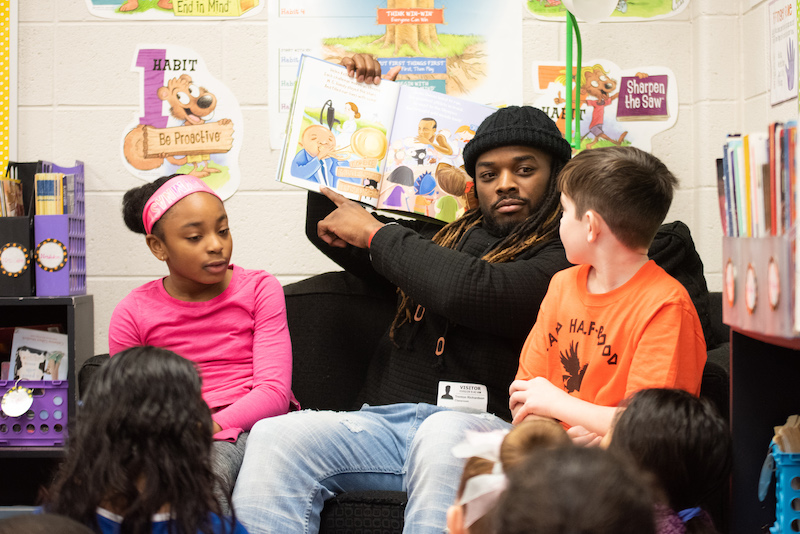 Former Alabama and NFL star Trent Richardson reads to kids at Pelham Oaks Elementary during a past Read Across America week. (File)

One of the most controversial subjects under the spotlight this week—perhaps, dare I say, even more controversial than masks—is the phenomenon known as “cancel culture,” and it challenges each of us to make an important decision.

The subject can be fairly broad, but it primarily attempts to silence the voices of those who are guilty of racism, sexual misconduct, cultural appropriation and the like. These offenses can range from poorly chosen words to heinous crimes, and the accused often face mounting pressure from the public and from social media audiences to apologize, resign, etc.

Whether you see “cancel culture” as a step in the right direction or unnecessary overkill most likely depends upon the target and the severity of the act perpetrated.

Now a form of this phenomenon has found its way to children’s books. This month, schools across Shelby County and our nation celebrated Read Across America Day on March 2. The date is notable as being the birthday of children’s author Dr. Seuss. This week we learned the estate that oversees the work of Dr. Seuss has decided to pull six of the author’s books due to outdated racial stereotypes. This predictably created a huge backlash on social media.

I have read opinions from people on both sides, but I must reach one conclusion—surely, any time we have the opportunity to take a step further away from the normalization of racism, we should take that step.

What many people fear is a “slippery slope” type scenario that would result in something extreme, like Dr. Seuss’ entire library being canceled. I can understand those fears—and that’s why decisions like this should not be taken lightly.

In this case, I believe, we can be sure classics like “Green Eggs and Ham” and other nonoffending titles will remain untouched. If you’re afraid, then go out and buy a copy and put it up for safekeeping.

Personally, I am a huge fan of Dr. Seuss. I feel that many of his works are inspirational for children and adults alike, and I have a respectable collection myself. If you already own one of the banned titles and plan to keep it, I would strongly urge you to educate your children about harmful racial stereotypes and why they are wrong.

Meanwhile, head to the Shelby County Reporter’s Facebook page and check out our Read Across America video. And don’t forget to include the kids!