COLUMN: The revival of a childhood hobby 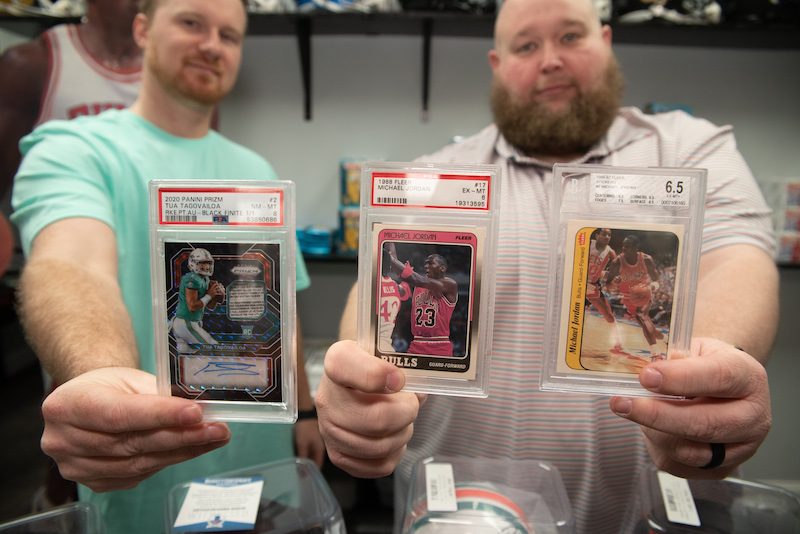 Hobbies often differ from childhood to adulthood, as we grow up and our tastes mature and we form our own individual identities. But when I was growing up there was one hobby my Dad and I shared for many years—baseball card collecting.

I can’t remember exactly where it started, but I would go to the store and pick up a few packs of cards, take them home, unwrap them and try to chew the rock-hard stick of bubble gum that was included without pulling out my teeth (it had a fairly good flavor and, to be honest, I kind of liked the texture of it).

Anyone who has been a serious collector of sports cards is familiar with what happens next—I eventually collected enough cards to the point that I needed albums to put them in. These included clear plastic pages with sleeves for each card.

After the albums came boxes, and before long, I was purchasing enough cards to find a few valuable ones. This usually depended upon the identity of the player or the rarity of a special card.

Then, there were the hobby shops. They would have glass display cases full of extremely valuable cards. We would gawk at them like they were expensive pieces of jewelry, but you’ve got to understand, people shelled out serious money for these things—especially if you happened upon a rare Mickey Mantle or Willie Mays.

I’ll never forget the first “rare” card I purchased. It was Tom Seaver in a New York Mets uniform. I still have it. Just to note, I am not a Mets fan (I was raised a Braves fan) but I didn’t care.

Then, there’s nothing quite like opening a pack of cards and finding a gem. We kept track of these with magazines that listed the value of pretty much every card in existence. It was the closest I’d ever come to feeling like I won the lottery.

This went on for years, and my Dad and I would attend sports card conventions several times a year until they started having them less and less. Toward the end, you’d find a lot more than just cards (Beanie Babies, anyone?) as the popularity of the hobby dwindled and the value of cards started to decline.

Imagine my excitement when I heard about Rivalry Sports Cards and Collectibles opening in Chelsea recently. Apparently, in the midst of the pandemic people started getting back into sports card collecting. My coworker Emily Sparacino wrote about Kevin Rentfrow and Chris Monroe’s new shop, and I plan to pay them a visit soon.

I’m guessing that the hard bubble gum will remain a thing of the past, however.

Weathering the storm together