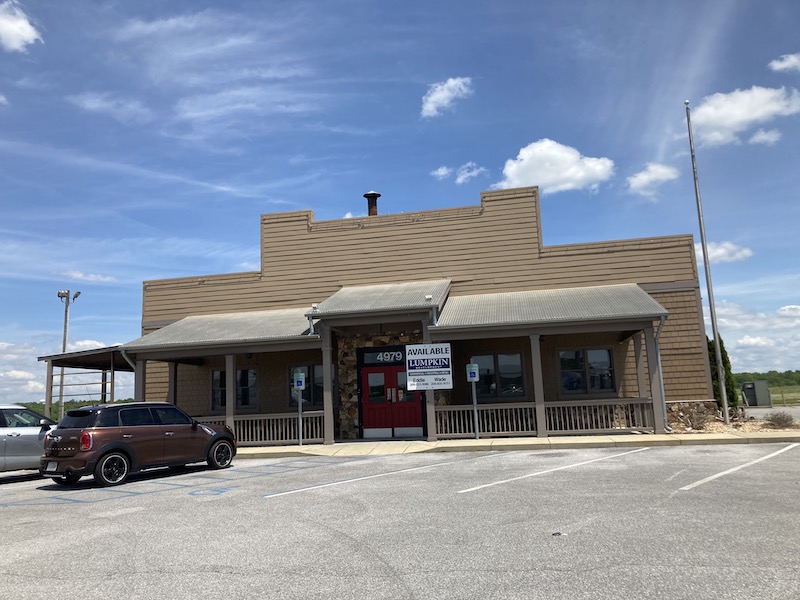 Sage Bar & Grill is set to open in July in the former location of RedZone on U.S. 31 in Calera. (Reporter photo / Scott Mims)

CALERA — Sage Bar & Grill hopes to bring the best of both worlds—family restaurant and night spot complete with live entertainment—to the former location of RedZone on U.S. 31 in Calera.

Owners Katie Troncale and Maged Alammari have not announced an official opening date, but they have hinted that it will be around July 4 of this year.

“We hope to be the destination location for the community,” Troncale said. “We want to be as symbiotic as possible so everyone has something to gain from the experience. Our food will be Southern with an upscale twist! We will cater to the community listening to what the people want and helping it drive our decisions and success.”

Troncale said Sage will offer something for everybody, as a family restaurant during the day that turns into a fun night spot with live music and entertainment after 10 p.m.

“We want everyone to feel at home at Sage. Come in, have a great meal, enjoy your experience, and leave happy and full,” she said.

Troncale’s first job was at a Johnny Rockets where, at the age of 15, she would sing into ketchup bottles. But she tells everyone that she was raised by Jim ‘N Nick’s, where she worked from 2004 off and on until 2013, when she was 28 weeks pregnant with her son, Sage.

“I have worked with many different concepts since then, and spent almost four years as a consultant after being on the operations team that opened the Flying Biscuit at the Colonnade,” Troncale said. “I was the project manager for the opening of The Purple Onion in Lakeview as well. I love being on the job from the ground up, and after switching over to retail and opening three vape shops, I was blessed with this opportunity and now finally have a chance to create something from the ground up of my own.”

Her business partner, Alammari, brings a lot of experience when it comes to owning successful businesses, she said.

“He is a lot (quieter) than I am, but that doesn’t mean too much! Most people are!” Troncale said. “But I think we make a great team and can’t wait to open our doors up to the people of Calera.”

Specific menu items will be announced at a later date.