Parts of Shelby County see 7-plus inches of rain, flooding 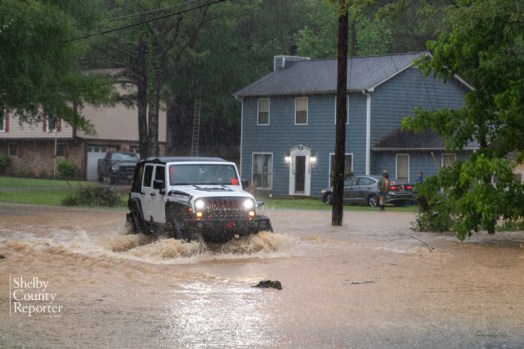 Flash flooding occurred in areas all across Shelby County on Tuesday, May 4. (Reporter photos / Keith McCoy) 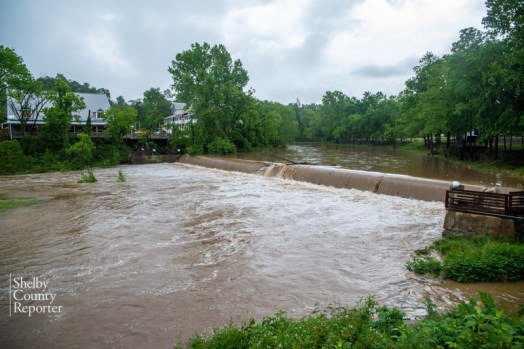 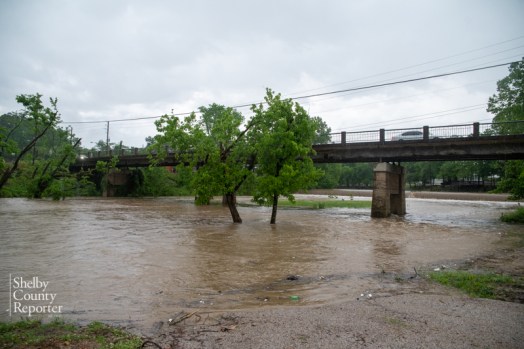 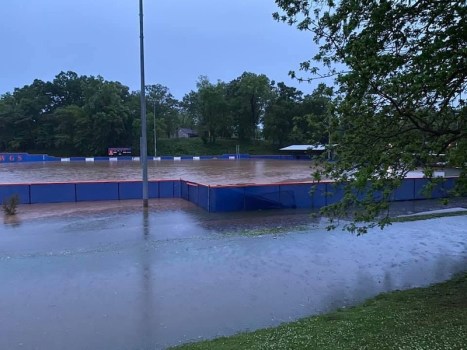 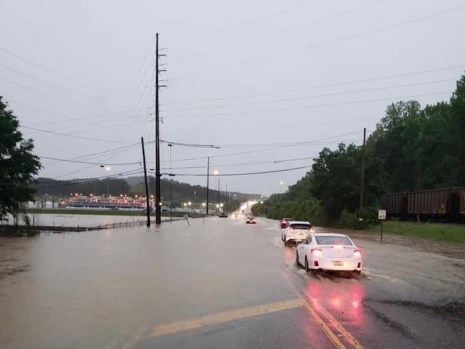 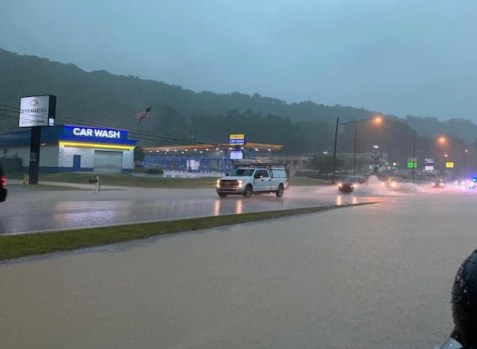 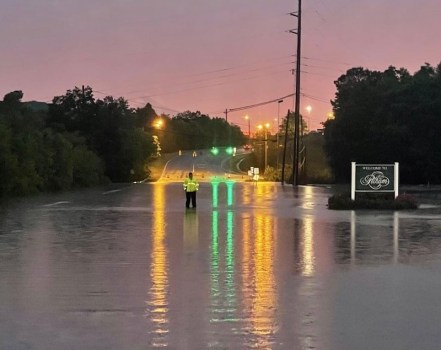 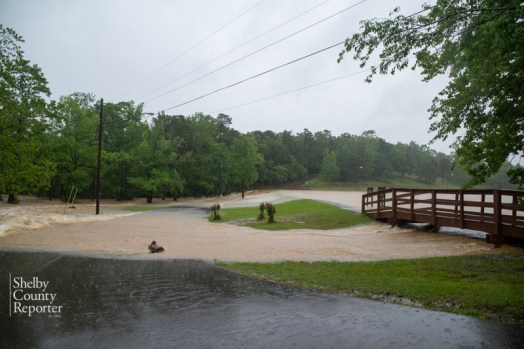 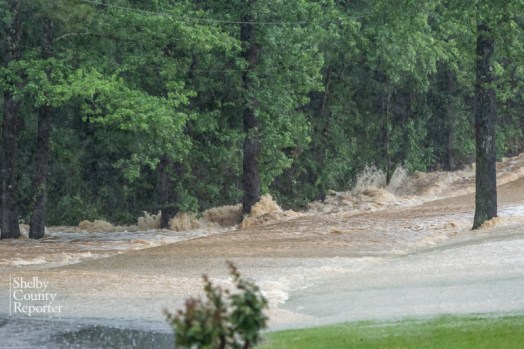 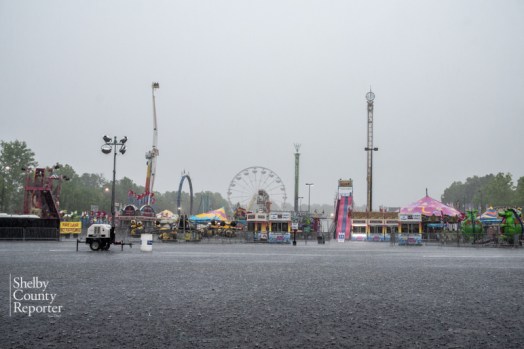 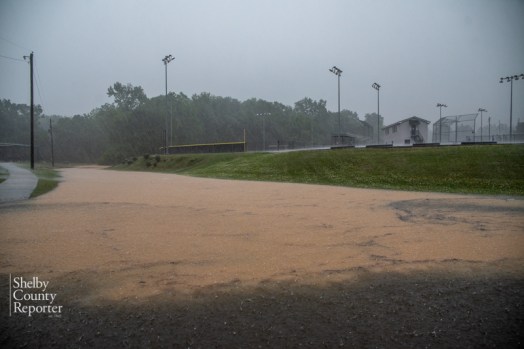 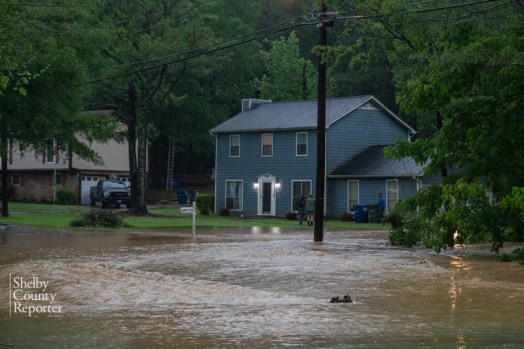 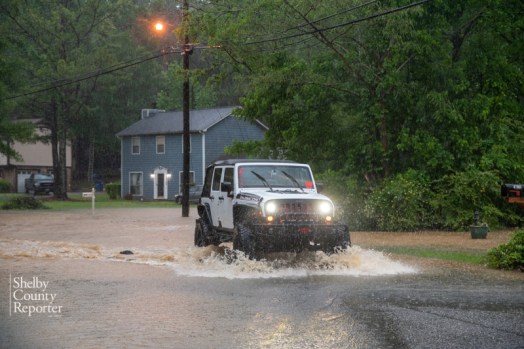 National Weather Service Meteorologist Jim Westland called the rainfall totals map from Tuesday, May 4 “frame worthy” as it showed areas of Shelby County as having received more than 7 inches of rain. 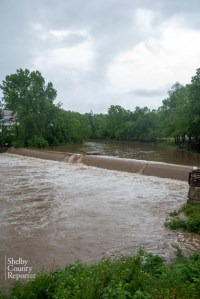 Flooding was widespread across the county and affected several major roadways, among them Alabama 70, U.S. 31 and Shelby County 87 in Calera; Shelby County 52, 95 and Helena Road in Helena; and Shelby County 17 near Fox Valley Farms in Alabaster. There were many more reported in addition to these.

“Parts of Shelby County got more than 7 inches of rain, and a lot of that came during a fairly short time, in the matter of a few hours,” Westland said. “Here at the airport, right outside of our office, we had water across the runways and inside the hangars.”

Even Westland’s own route home was blocked due to floodwaters on Shelby County 87, he said.

“I tried to get home last night and I couldn’t make it through because there was such high water right there,” he said. “I’m sure it was a similar kind of situation in other places as well. It became so numerous we couldn’t document every single place.”

Added Westland, “Alabaster in general was pretty hard hit, up by Veterans Park out there, Butler Road, Maylene, Pelham.”

While NWS did receive some reports of downed trees and power lines out of Jefferson County, Westland said everything in Shelby County they knew about pointed to flash flooding.

He said the frequency of storms this spring is typical for Central Alabama, and the tornadic activity in March, while intense, is not considered to be rare.

Westland compared Tuesday’s deluge to a downpour in 2003 when Wadley experienced a major flood.

“It was kind of a similar air mass type situation that produced a whole lot of rain in a short time,” he said.

Fortunately, the forecast predicts a calm end to the week, Westland noted. 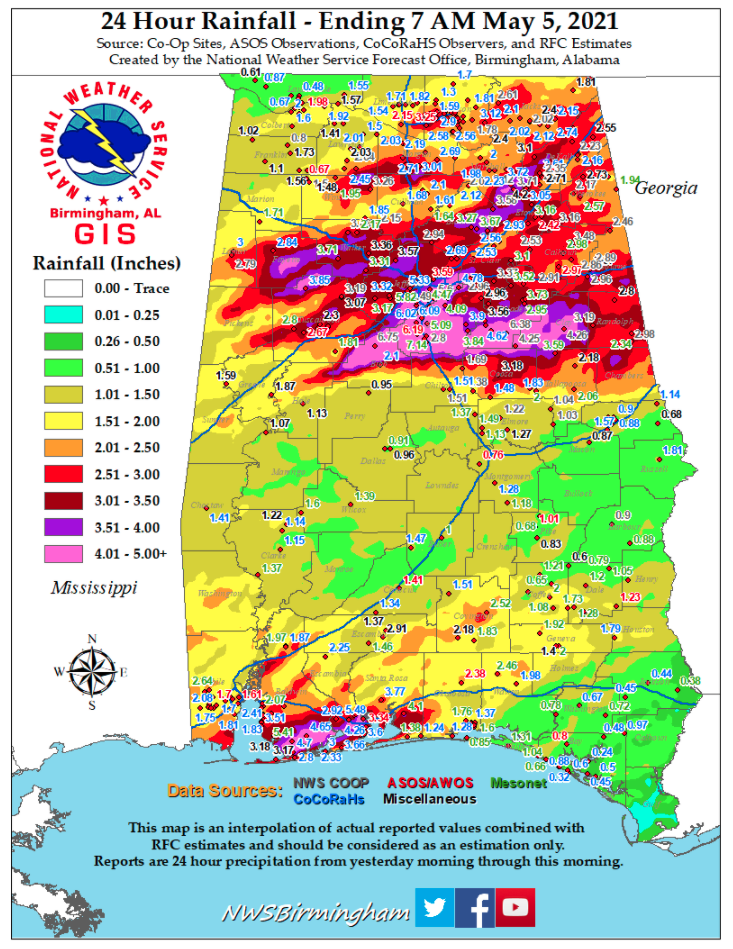