COLUMN: An ACT experience with a bang 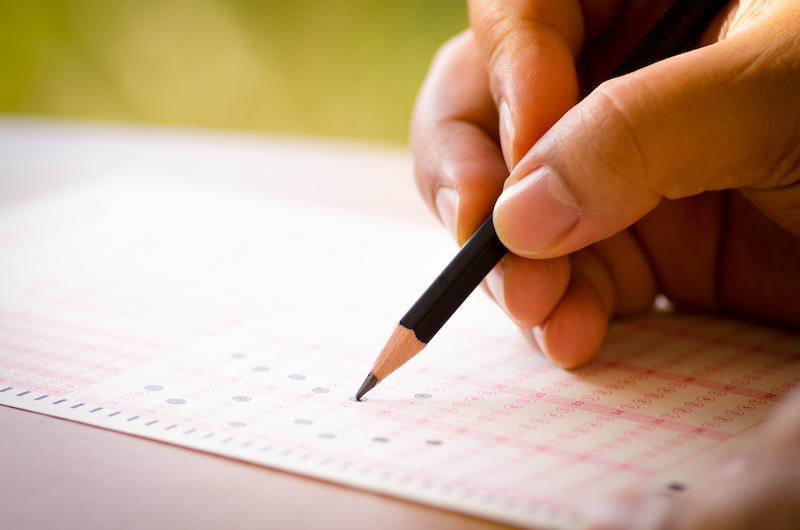 Hearing about local students taking the ACT reminds me of my own ACT testing experience—and it’s one that I won’t soon forget.

Let’s just say no one in the classroom had a hard time staying awake during the testing process. And no, we didn’t all do espresso shots. It’s just that I unintentionally scared the living daylights out of everybody in the classroom.

When I picture the scenario in my head, I recall that we were all busy quietly taking the test, marking our answers. I do not remember how far into the test we were, or which subject I was on at the time.

Anyway, we had one of those old-fashioned heaters in the back of the room. I do not know enough about heaters to tell you exactly what kind it was; I just remember that it had a metallic door on the front.

My desk was fairly close to the heater—and, like many high school desks, it had uneven legs so it rocked back and forth slightly as I sat there. I guess that heater door must have been loose, because my desk disturbed it just enough that it fell off of the unit and landed on the hard floor—“KABLAM!”

Now, know when I say this that an all-caps KABLAM does not do the sound justice. It was loud; I mean, embarrassingly loud to the point that it sounded like an explosion. It was like all of the air was sucked out of the room.

It took a minute for everyone to figure out what it was, because it was so unexpected and so random. Suddenly all eyes were on me. Thankfully, nobody gave me a hard time about it other than to say how scared they were in that moment—on top of having test day nerves.

My hope is that nobody’s score was affected by that distraction. I was fortunate enough to not have to re-take the exam.

On that note, congratulations to Thompson High School junior Abigail McGee for earning a perfect score of 36 on the ACT test. My understanding is that she is one of three students at the school who have achieved a perfect score.

With graduation coming up, I send my best wishes to all those who are preparing for their futures and the next chapter of life, wherever it might take you.

Helena Police do their part in helping others