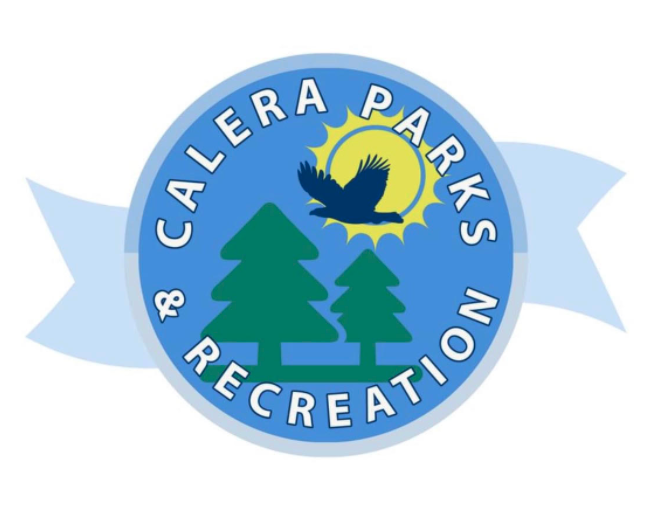 This new logo for Calera Parks and Recreation was designed by Calera Intermediate Gifted Resource Class student Vanderlee Stone. The logo was selected by a community vote. (Contributed)

CALERA — The city of Calera’s Parks and Recreation Department has a new logo that was designed by a Calera Intermediate student.

Students in the school’s GRC (Gifted Resource Class) of third- through fifth-graders participated in a competition to design a new logo for the department. Parks and Rec Board members then met and narrowed the submissions down to the top four logos, and the community voted for student Vanderlee Stone’s design.

Now Stone’s logo—which depicts trees, a bird in flight, the sun and a sky-blue background—will grace Calera Parks and Recreation shirts, the department’s website and anything else representative of the department.

“I think that age group was great for imagination,” said Calera Parks and Recreation Director Seth Gandy. “We just think it’s important to include the community in what we’re doing because that’s who we serve.”

Gandy said the department had already been discussing a new logo when they found out about a GRC class project, which involved building a Lego model of a park. It was then that board members decided to let students help with the logo.

More than 4,000 people ended up participating in the vote, which was held to decide between the top four finalists—Addison Hicks, Roman Moody, Whisper Jones and Vanderlee Stone. The majority voted for Stone.

Calera Intermediate GRC instructors Lindsey Irvin and Willamena Singleton were grateful for the opportunity the students had to work with the city.

“We are excited that the Calera Parks and Rec board has allowed the students to have this kind of voice in the community,” said Irvin and Singleton. “We always look for ways to connect our learning to real-world applications, and this is about as real-world as it gets. Students will be able to see the new logo for years to come and know they were part of the process that brought that to life.”

Gandy expressed similar sentiments and indicated that the project opened the door for future such endeavors.

“They were just a joy to work with,” Gandy said. “We look forward to collaborating with our students more down the road.”