COLUMN: Step up to the microphone 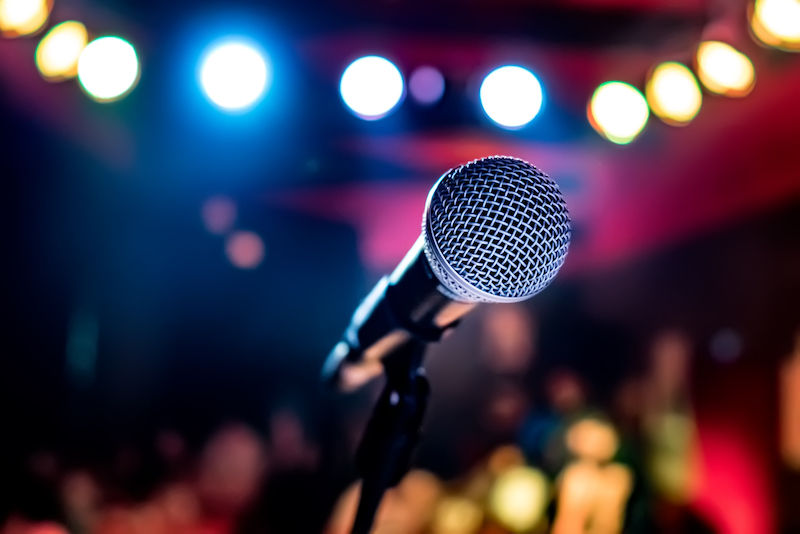 There were plenty of inspirational speeches made during recent high school graduations, but how do we use our own platforms to influence others? (File)

Public speaking is, of course, one of the top fears of most people, and it’s understandable why. People love to watch “fail” videos on YouTube of embarrassing moments or of high-profile people stumbling over their words.

Put the shoe on the other foot, however, and suddenly nobody wants to be in a position where they could become the butt of the joke. When all eyes are upon you, it’s a different story indeed.

I have plenty of memories of people failing to make their best impression during a speech, to put it nicely. In my college speech class, one young man who came unprepared simply got up and said, “Stupid is as stupid does,” and immediately sat back down. Some might say he was able to save face slightly by using the saying—which is also a famous line from the movie “Forrest Gump”—to laugh at himself, but I doubt he gained much respect from anybody that day.

Another speech, which happened to be in the same class, nearly made me faint as the speaker demonstrated how to draw blood from a donor. I had never been uncomfortable with the topic before; the weak feeling just came out of nowhere.

Then there was my first time to stand before a crowd and speak. It was at church during a Bible Drill competition, when I had to recite scripture from memory—not exactly a speech, but the butterflies I felt as a child were just as real.

During the last week of May, while attending local high school graduation ceremonies, I heard quite a few speeches. The results ran the gamut, from monotone to humorous to I’m-going-to-speak-quickly-so-I-can-get-out-of-here to inspirational.

One young man, Oak Mountain’s Peter Anella, gave a speech that left such an impression that our editor wrote an entire article about him. You might say that he knocked the proverbial ball out of the park.

With that in mind, let us not forget that we all have a platform. I do not take it lightly that I have been given the opportunity to write this semi-monthly column. But to get to my point, I am referring to something else more familiar to us all—social media.

In short, Facebook can be tiring. Yes, there is positivity, but there is also cynical, overly critical and even cruel behavior. There are those who seek to bully, belittle and bother everyone they encounter online.

Let us all follow one simple rule—if you wouldn’t say it to someone’s face, don’t say it on Facebook. Let’s seek to build up each other with our words, all the while not worrying about what others think but at the same time respecting others.