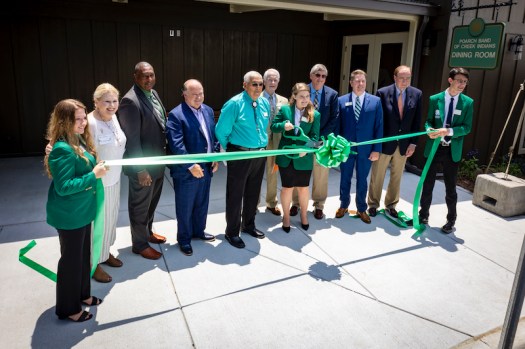 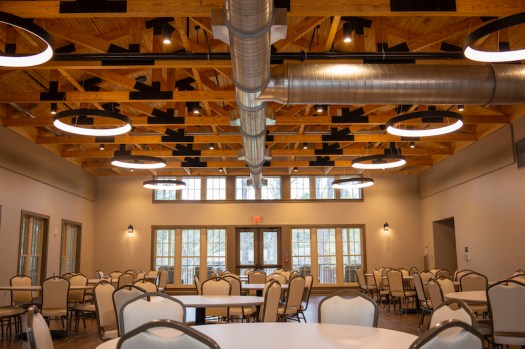 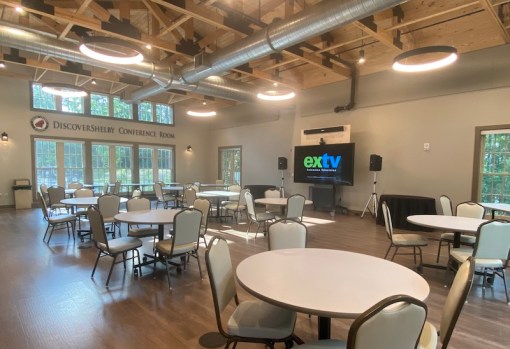 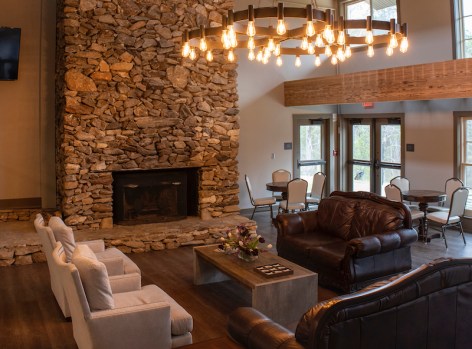 COLUMBIANA — The Alabama 4-H Center has completed Phase 2 of a massive expansion project making it one of the biggest conference centers in the state of Alabama.

The Center, which sits on 260 acres beside Lay Lake, hosted a ribbon cutting on Wednesday, June 9 celebrating the completion of the $8.4-million project, which includes a new kitchen and executive dining room, a renovated existing dining area and a new meeting facility.

The new addition was dedicated exactly 41 years to the day from the Center’s original grand opening dedication in 1980. The Alabama 4-H Foundation and the Alabama Cooperative Extension System (ACES) dedicated the project.

“The growth of Alabama 4-H during the past six years reflects our organization’s commitment to reach and empower more young people throughout the state,” said the Center’s director, Kristy Abrams. “Because of this growth, the Alabama 4-H Foundation launched ‘The Center of It All’ capital campaign. With a goal of $6.3 million, the Alabama 4-H Foundation successfully raised $8.4 million to acquire the land that the center is built on, which was Phase 1; and Phase 2, to expand our dining capabilities by renovating our existing dining room, building a new kitchen, a new executive dining room and an additional meeting space. Now we begin planning for Phase 3 of our vision for The Alabama 4-H Center, to add more lodging spaces.”

The Center serves 4-H groups across the state and offers camping, science and outdoors programs, lodging and space for large events such as weddings and conferences. The fundraising campaign for Phase 2 began in 2018, and the project was funded by a number of donors including the Alabama Farmers Federation, the Poarch Band of Creek Indians, and Shelby County.

County Manager Chad Scroggins expressed excitement about the project and said it would benefit the county’s growth.

“We’re very excited about it being renovated and expanded, and being able to house corporate meetings and corporate retreats,” he said. “It gives people the opportunity to come in and visit that part of Shelby County that may not normally come.”

Shelby County Commissioner Kevin Morris said the improvements would “further enhance the gem” that sits within his district and also serve to attract more people to the venue, such as fishermen participating in fishing tournaments on the lake.

“This is just a first-class meeting room with all the updated AV and additional options,” Morris said, adding that the project “makes perfect sense” for its centralized location which can be utilized by event planners, corporate teams and other groups.

The newly-renovated kitchen is now known as the Alfa Dining Room. The brand new executive dining room was named for the Poarch Band of Creek Indians, and the new meeting facility is known as the DiscoverShelby Conference Room.

The project’s construction began in late February 2020 and the Center received the Certificate of Occupancy in March 2021, Abrams said.

“These spaces are named for the donors who contributed to our capital campaign for these spaces,” she said. “We were remembering the past, celebrating the present and preparing for the future.”

“Every group that utilizes the Alabama 4-H Center, whether it is a corporate group, religious group, wedding or school group helps us to fulfill our mission to serve Alabama youth,” Abrams said. “The funding generated by 4-H Center events is donated to the Alabama 4-H Foundation, which enables us to provide hands-on, experiential environmental educational programming on site and support 4-H programming in every community of Alabama.”

Abrams said it had been an honor to serve as the project manager for the construction project.

“I have had the privilege of serving guests at the Alabama 4-H Center for more than 15 years, and I look forward to our future plans to grow and reach more Alabama youth,” she said.