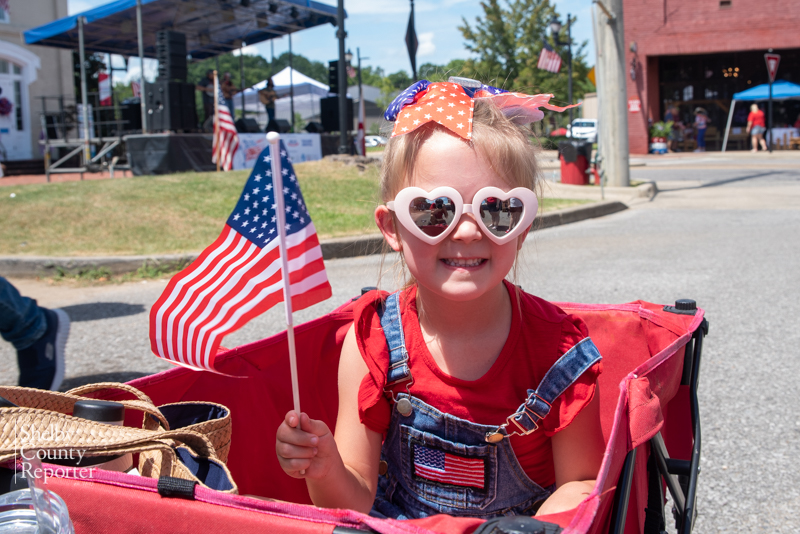 Liberty Day, one of Shelby County’s events that took place in 2020 despite the COVID-19 pandemic, will return to Columbiana in 2021 for its 35th anniversary. (File)

COLUMBIANA — Many events were canceled in 2020 as the COVID-19 pandemic raged on, but Columbiana’s Liberty Day was not one of them. The event, which was postponed from its usual June date to July, was well-attended and seemed to give locals a sense of hope in the midst of all of the fear and doubt.

Fast-forward nearly a year later, and the beloved summer tradition is set to return bigger than ever, as the 35th version of the two-day festival is slated for Friday and Saturday, June 25-26.

The festivities begin Friday at 5 p.m. as food trucks open for business, and Cam Spinks of The Voice fame takes the AmFirst Main Street Stage at 6 followed by The Shimmer Band at 8 p.m.

Then, a plethora of events will take place Saturday—starting with the first-ever 5K and fun run at 8 a.m. and culminating with the parade on Main Street at 3 p.m., event headliners Little Texas at Shelby County High School’s Papa McCombs Stadium at 8 p.m., and finally fireworks at 9:30 p.m.

“It will really be bigger than it’s ever been,” event coordinator Ali Payne said. “We’ve grown our vendors by 40, so there are 104 arts and crafts vendors and 26 food vendors.”

Additions this year include a second stage at Old Mill Square Park and Saturday’s Liberty Day 5K and fun run. Also, the car show will be moved to the courthouse parking lot, and vendors will set up not only along Main Street but also throughout Old Mill Square Park, Payne said.

Local wine shop Just a Tish will host a “beer garden” in their parking lot—yet another first for Liberty Day.

“You will be able to go into the parking lot and buy a beer. This will be the first time we’ve done that,” Payne explained.

Liberty Day began as a call from then-President Ronald Reagan to celebrate the birthday of the Statue of Liberty. It began rather spontaneously and continued each year, eventually evolving into the unique event it is today.

“There was a parade and they sang from the courthouse steps, and that’s pretty much it. They had so much fun, they said, ‘Let’s do this again next year,’ and that’s kind of how it started,” said Payne, who went on to share a story about her kids’ perception of Liberty Day:

“My kids are 14 and 12, so a couple of years ago we were out of town and my youngest daughter said to me, ‘When is Liberty Day?’ and she said we could probably just celebrate it here and I said, ‘Well, not every town has Liberty Day.’”

Payne continued, “It is steeped in tradition and just one of those things people remember. Festivals like Liberty Day really don’t happen many places anymore. The nostalgia there, it’s refreshing, really.”

For a full schedule of activities and entertainment, see the Liberty Day Festival’s official Facebook page.