Project to replace Waxahatchee bridge on Alabama 25 in fall 2021 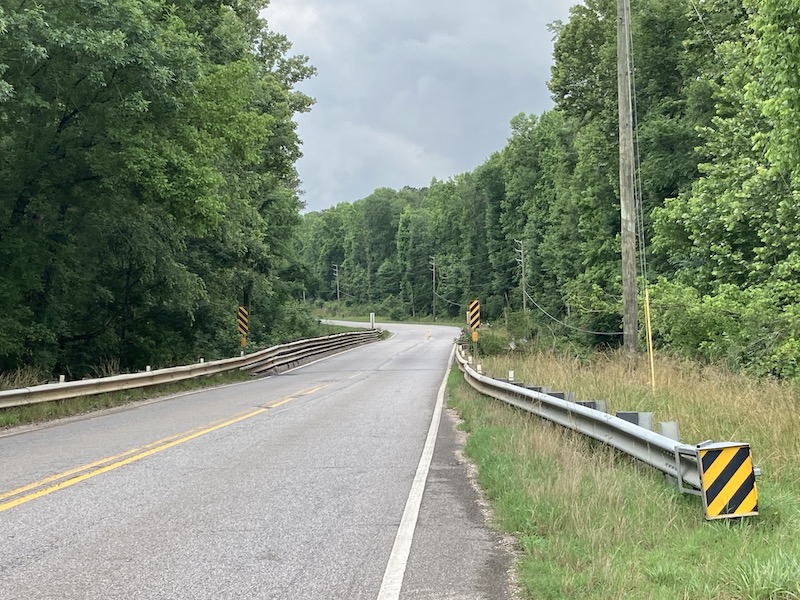 The Alabama 25 bridge over Waxahatchee Creek just outside Columbiana was first opened to traffic in 1928. A project to replace the bridge is slated to begin this fall. (Reporter photo/Scott Mims)

The bridge over Waxahatchee Creek on the portion of Alabama 25 that connects Columbiana and Calera will be replaced this fall, the Alabama Department of Transportation has announced.

The $2 million project is being done through the department’s ATRIP 2 (Alabama Transportation Rehabilitation and Improvement-II) Program and will take approximately 18 months to complete, according to Linda Crockett, public information officer for ALDOT’s East Central Region.

The bridge is located just outside Columbiana corporate limits on the aforementioned route.

“The bridge has been in service beyond its expected service life,” Crockett said. “It was constructed and opened to traffic in 1928. We will replace the existing bridge over Waxahatchee Creek and make improvements to the roadway approaches to the bridge for the safety of the traveling public. Guardrail will be constructed on the approaches and barrier rail will be installed on the bridge.”

ALDOT could not confirm a more specific start date for the project, other than to say it would begin “tentatively in late 2021.”

During bridge construction, the affected portion of Alabama 25 will be closed to thru traffic and detoured to Alabama 70, the other major thoroughfare connecting Columbiana and Calera, for the safety of workers and the traveling public.