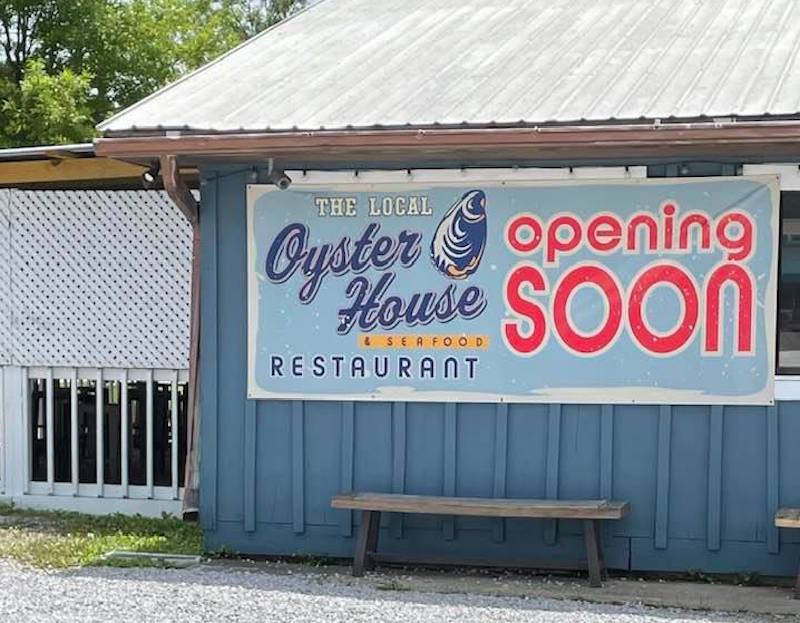 The Local Oyster House and Seafood Restaurant will be opening in the location of the former The Local Kitchen & Ale in Columbiana in the coming months. (Contributed)

COLUMBIANA — The owners of popular barbecue restaurant Tin Top BBQ 2 in Columbiana are planning to open a seafood restaurant in the former location of The Local Kitchen & Ale at 21270 Alabama 25.

Mike and Chase Gannon, the father-and-son team who currently operate Tin Top BBQ south of Calera in Chilton County and its sister restaurant in Columbiana, plan to open The Local Oyster House and Seafood Restaurant in the coming months.

While the owners have not set an opening date, they are excited about their new venture, which was “just kind of a spur of the moment thing, and everything kind of fell into place,” Chase Gannon said.

By keeping a portion of the restaurant’s former name intact, there will be some continuity but at the same time a new direction for the menu and overall feel of the place, Gannon indicated.

“We wanted to keep it local,” he said. “This town is screaming for something. We were looking to do something completely out of the box.”

The Local Oyster House and Seafood Restaurant, much like its predecessor, will serve alcoholic beverages but will offer something for all ages. The owners said they want it to have a family atmosphere.

The menu will offer fresh seafood straight from the Gulf alongside other more traditional options. Gannon also hinted at appetizers such as crab claws.

“Some of it comes from the Pacific, but it’s still U.S. seafood. All of our oysters and stuff will come from the Gulf. That’s the important part,” Gannon explained. “We will have a few other options, like a hamburger, chicken fingers and a few other (items).”

Part of the reason for delaying the opening date is the wait for restaurant equipment, including a walk-in cooler and a walk-in freezer to house fresh food. The owners also hope to extend the patio where they will designate certain nights for live music. Indoor modifications will likely aim for a coastal vibe.

“We kind of want to make the inside feel like you’re at the beach,” Gannon said.

More details will be announced as the information becomes available.

Alabaster Police arrest man for sexual abuse of a…