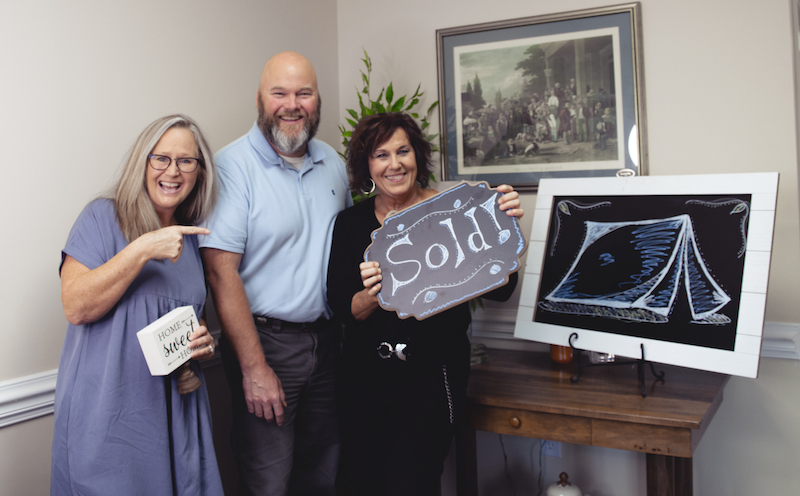 The nonprofit organization, which was founded in 2015, purchased a 73-acre plot to build the home, which will be able to house up to nine victims of child sex trafficking once complete.

“We hope to begin construction by early 2022, and as far as complete construction, maybe early 2023, tentatively,” estimated Development Director Justin Adderholt, who said Blanket Fort Hope is currently in talks with structural engineers.

The estimated $1.2 million project will include main offices and an eight-child restoration home, which will be a therapeutic environment in which victims receive therapy and care for 90 to 120 days, after which each child may go into therapeutic foster care or become adopted or restored to their biological family.

A ninth room would contain an emergency placement bed, which the Department of Human Resources would be able to use in case of an emergency situation requiring immediate placement of a child (the monthly cost of restoration is an estimated $2,500 per child).

Future plans would entail the construction of additional therapeutic cottages, which would basically be therapeutic foster homes. Blanket Fort Hope would also be licensed to place children into foster care off of the property, Adderholt explained.

The nine-child number is just a start—according to a study, there are about 5,700 child sex trafficking survivors in Alabama each year, at any given time.

“The number is a lot higher than what people think it is,” Adderholt said. “This restoration home is needed because there aren’t enough beds in the state of Alabama for the survivors we do find, and the services they receive are not adequate to respond to their trauma.”

In addition, human trafficking incidents are under reported. Most child victims are between the ages of 11 and 17, and in many cases it is a family member involved in the trafficking of a child. It may be an uncle who has sold his daughter for drugs, for example, or a parent who has pimped out their son for meth. There are even instances of “Romeo trafficking” in which a boyfriend might traffick his girlfriend out for drugs or another need; this can also involve gang activity, Adderholt explained.

“Trafficking does not always look like it does in the movies, and the victims in Alabama are often not going to be easily identified because the demographics often span across economic barriers, racial barriers and religious barriers so we need to be aware that victims can look like anybody,” he said. “They can look like our next door neighbor or the child behind us in the grocery store.”

In order to meet the great need, groups like Blanket Fort Hope do professional training that equips foster care families and other professionals to identify survivors and respond to them compassionately. Family restoration is the best-case scenario that they would like to see happen, if there is a family member that a judge deems capable of caring for a particular child.

Adderholt said he first felt convicted to get involved while participating in a small group in his old church. In 2020, he heard Blanket Fort Hope’s director, Alexa James, speak and reached out to her—it turned out that there was a need in the area of marketing. By February of 2021, Adderholt came on full-time as development director and has since stepped up to do fundraising and event coordination.

Blanket Fort Hope continues to hold public fundraisers in support of their mission. The Third Annual “Hold the Fort” 5k and 10k races are scheduled for Sept. 18 at Oak Mountain State Park. The races are intended to raise both money for the home as well as awareness of human trafficking.

The event will offer three races for people of different skill levels—a 10k, 5k and a 1-mile “Warrior Walk.” If last year’s turnout is any indication, this year’s “Hold the Fort” should prove successful considering that the 2020 event netted close to $40,000 in funding, even in the midst of a pandemic.

Those interested can find more information at Holdthefortraces.com or Blanketforthope.org.