COLUMN: We mourn the loss of Bentley 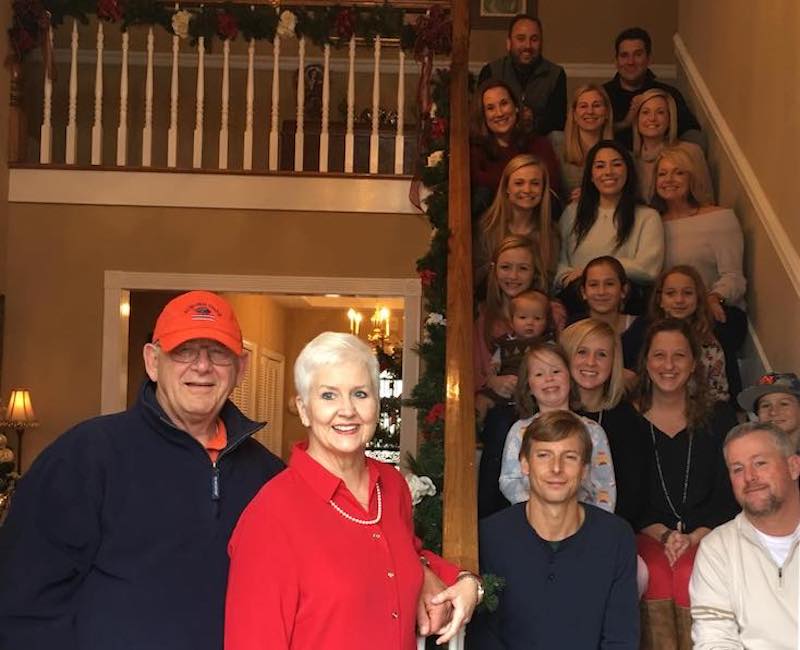 George Bentley, bottom left, stands alongside the rest of his family, which was something he held close to his heart. Bentley had an impact on many in his 74 years of life and will continue to do so despite his death on Saturday, July 10. (Contributed)

Our community mourns the loss of a very good friend.  George Bentley, lifelong Columbiana resident and longtime owner of Rux Carter Insurance, passed away last Saturday and our heartbrokenness is only exceeded by our prayers of thanksgiving for his life and the legacy he left behind.

John Wesley, noted 18th-century cleric, theologian and founder of Methodism, wrote these words:  Do all the good you can, in all the ways you can, to all the souls you can, in every place you can, at all the times you can, with all the zeal you can, as long as ever you can.

Those who had the good fortune to know him can easily imagine Welsey had someone just like George in mind as he wrote these famous words. With his passing last week, George’s family, friends and community have lost more than any of us can grasp and the goodness he brought to this community is irreplaceable.

Do all the good you can,

George possessed that rare quality of meeting everyone he came across right where they were — no pretense, no judgment, just one of God’s creations coming across another.  There was a special sparkle in his eyes when he spoke of grandchildren, children, friends and his community, and he shared that sparkle so freely and with such sincerity that people were drawn to his natural warmth.

in all the ways you can,

Two stories quickly come to mind when thinking about George and the numerous pillars of his legacy.  One occurred nearly two decades ago.  A young woman who worked with us was battling an aggressive type of leukemia. George was her advertising customer. Despite having different college football allegiances, they quickly became good friends.  As she prepared to travel to MD Anderson for a bone marrow transplant and what would ultimately be the heartbreaking final phase of her fight against the disease, she made a point to stop in to see George and to make sure any needs he might have while she was away were covered. George filled her with hope, encouragement and laughter — three medicines hard to come by in times like that.  When she returned to the office, sitting at her desk, I remember seeing her smile — it was a smile that could capture a room but one that had not often been seen since her diagnosis.

to all the souls you can,

As I sat at my desk wondering what had brought a smile to her face, into our office walks George, smiling with that unmistakable George smile that could also quickly capture a room.  He reached out, shook her hand with his right hand and with his left hand placed a very tall stack of $100 bills on her desk, saying, “here. You are going to need this; come see me when you get back to town. Now go get well.”  Her eyes filled with tears, as did George’s.  Sitting in my nearby office, my eyes also filled with tears.  She needed the help but was too independent and proud to ask for it. George saw a need in a member of his community and met it.

in every place you can,

The second story occurred just a few years ago.  After severely breaking her foot, my youngest daughter sat with a brave face next to her very nervous father in the waiting room of an imaging center. My daughter is both tough and courageous, but the thought of an enclosed MRI coupled with her extreme pain was pushing both of us to our limits.  After what seemed like an eternity, I got up to check with the scheduling nurse to see how much longer the wait might be.

at all the times you can,

Returning to my seat, I found my daughter smiling and in deep conversation with a gentleman sitting near her — it was George.  George was there for a test of his own but had nothing but time and interest to share with this frightened young girl sitting near him. George shared his previous MRI experiences with my daughter to ease her worries and help distract her from the pain.  George and my daughter talked about football, George’s beloved granddaughters who were just a bit older than she, classes and school-related activities — George was able to carry on a conversation with this pre-teen with compassion, empathy and grace that only doting grandfathers know how to do.  Once again, George served up just the right medicine at the perfect time.

with all the zeal you can,

So far as I know, these two stories were only known by George, me and the two other people directly involved.  You see, George did good works quietly and for all the selfless reasons that make his passing even harder for his family and friends. I hope sharing these stories will help inspire others to do the same, as these memories will be good medicine for us all as we mourn the loss of a very good friend to all who crossed his path.

as long as ever you can.

George’s legacy lives on by the example he left for his family and friends, and through the inspiration he continues to be for so many of us to do good.

Tim Prince is the president and publisher of Shelby County Newspapers, Inc.

Living out an Olympic dream