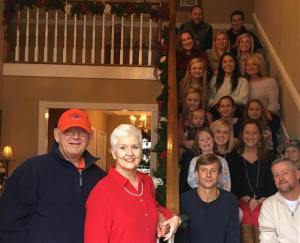 COLUMN: We mourn the loss of Bentley

Our community mourns the loss of a very good friend. Read more

Newsprint supply is tightening, and you are affected

By TIM PRINCE/Publisher The paper (newsprint) used to print the Shelby County Reporter cost 10 percent more than it did just a few weeks ago ... Read more

Just a handful of years ago, as the Regions Charity Classic left Greystone Country Club for Ross Bridge Resort in Jefferson County, many thought the ... Read more

Today, we launch an all-new website, our second in as many years, one that will take the best features of the current site, adding to ... Read more

Churches work together to make memories

The cherished summertime activities of childhood, from family vacations to poolside picnics, help create lifelong memories for so many of us. Read more

Perhaps some people grow up dreaming of someday becoming a hometown hero, but I somehow doubt such was the case for Columbiana’s Dr. Robert Bentley, ... Read more

A July 19 public hearing in Alabaster will take on a historically touchy subject: banning smoking in public places throughout the community. Read more

Calera shows what county can achieve

Turns out I’m something of a trendsetter. Now, before you drop your newspaper or laptop due to the explosive laughter my previous sentence might have ... Read more

Later this month, the Shelby County Commission will listen to two sides of a very important and divisive issue, one that has long been on ... Read more

Pelham must decide how to invest taxpayer money

A work session earlier this week for the Pelham City Council focused on something of a touchy subject: is the way and amount Pelham City ... Read more

Entire county should have available recycling

Thanks to the leadership of Robert Kelley, director of the Shelby County Environmental Department, and others in our community, countywide curbside recycling will be offered ... Read more

Morning rituals were disrupted May 17 as the hustle and bustle of commutes and carpools gave way to school lockdowns, roadblocks and a manhunt in ... Read more

Once again, Shelby County leads the pack in a very important benchmark, beating not only national and state averages, but also surpassing every other county ... Read more

Thank you to county community

If you’ll pardon me for just one column, I’d like to offer a couple of personal thank yous. These thank yous are to you, our ... Read more