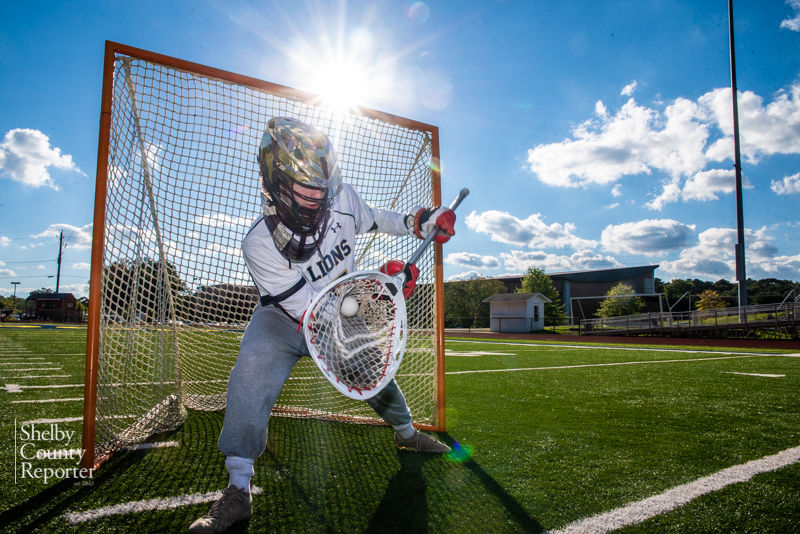 BRIARWOOD – Alabama officially has its first ever five-star lacrosse recruit.

Anderson Moore, a Briarwood junior, was ranked by the National Lacrosse Federation (NLF) and Inside Lacrosse as a five-star recruit. Not only that, he is also ranked as a top-10 player and the No. 1 goalie recruit in the class of 2023.

Moore made 230 saves during his sophomore spring season and had a save percentage of 71.9 percent. With a growing list of honors and awards, it’s safe to say that Moore is a player to watch.

Inside Lacrosse and the NLF released their rankings earlier this September.

Moore was mowing his neighbor’s lawn when his phone started to “blow up.” His Instagram notifications led him to the news of his ranking.

“I kind of freaked out,” Moore said. “I ran upstairs and told my mom. It was certainly a surprise for sure. I would have never expected it. I knew I had a good summer, but just from my geographical location I didn’t expect to be ranked.”

“He literally came up the stairs and he was just so excited and surprised and thrilled. It was just fun,” said Beth Moore, Anderson’s mom. “It’s very fun to see other people recognize him.”

Location was also a factor his coach remarked on.

“Definitely surprised that he was the best goalie in the country for his age. I was not surprised that he is considered that, because I know how good he is, I’m just surprised because Alabama lacrosse usually doesn’t get much respect at all,” said Justin Kane, Moore’s coach for the Lions.

Lacrosse is not a sanctioned sport by the Alabama High School Athletic Association. Therefore, all teams in Alabama are club teams which can make competing at a larger, more competitive level, more difficult.

Although lacrosse is not the most popular sport in Alabama, all four of the Moore brothers played.

George, the oldest brother began playing because their neighbor played. And just like that, lacrosse became a large part of the Moore family’s life.

Anderson, the youngest of the four, grew up watching from the sidelines, fascinated with the sport.

“This is the story I always tell about Anderson,” Beth said, “My oldest played, you know I’d have the other three kids at the games. Well, there was this one game where I couldn’t find Anderson. So I started having a few parents try to help me find him. Finally, some parent pointed to the field and said, ‘Is that him sitting by, watching the game?’ and he was watching the game. And that has been that kid the whole time.

Moore started to play in second grade. His interest in being a goalie was influenced by his second oldest brother, Patrick.

“Overall, I always had a desire to be in the goal, just because he was there, and I was like ‘he knows what he’s doing, I might as well just get ahead of the curve,” Moore said.

In the way Moore talks about being a goalie, it’s obvious how much he loves it.

“I like playing out of the cage as well. Going up and picking off a pass… it’s a wrinkle I’ve thrown into my game over the years and I find it fun because normally the goalie just kind of sits in the same area and doesn’t do much, but people are surprised when you go out and you make an athletic play.”

In addition to playing, Anderson loves being a part of the team.

Beth said something she is the proudest of, is the way he treats his teammates.

“He can play with kids who love lacrosse, don’t love lacrosse, not as great at it, and enjoy it as much as he does and encourage everyone and have fun,” Beth said.

Moore started to play for Thunder Blue 2023, a club team in Atlanta.

With no complaints, Moore and his mother made the drive to Atlanta twice a week in the summer.

“We can definitely tell with attention he’s gotten with his recruiting and with his ranking that it’s been a good investment. And part of it was that he never complained and never whined about it,” Beth said.

Then, when the COVID-19 pandemic hit, Moore had even more time to study the sport and finetune his craft.

“He had a lot of time at home to work on his own skills. He would find online videos… watch stuff, go out and try it. His brothers would kind of tease him about, they’d say, ‘All you do is watch lacrosse. You just consume it,’ and he really does. He watches YouTube all the time.” Beth said.

Lacrosse is not the only important thing in Moore’s life, however.

With a weighted GPA of 4.73 and a member of Briarwood’s Spanish Honor Society, the Math Team and the Physics Club, it is easy to see that Moore enjoys academics as well.

“I enjoy learning and not just being one-sided. I want to be multi-facetted.” Moore said.

He is bringing that mentality to the recruiting process, which he has been learning to navigate.

“It’s been a lot of fun. It’s not every day you get to talk to some of the biggest names in college lacrosse. I’m just trying to enjoy it, you only get to do this like maybe, once in your life,” Moore said.

It was recently announced that Moore had made a verbal commitment to Georgetown.

What is Moore most looking forward to in his future?