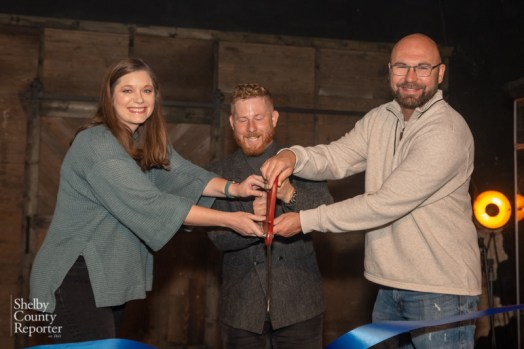 Collectivus Church only meets in the building for Sunday services. When the church is not meeting, the building will be used as a community center and event space. (Reporter Photos/Keith McCoy) 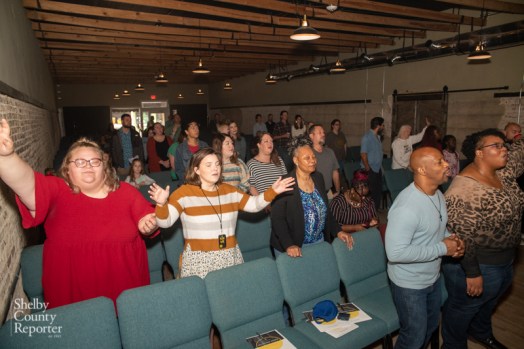 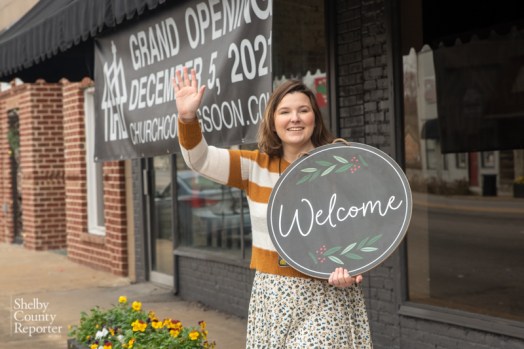 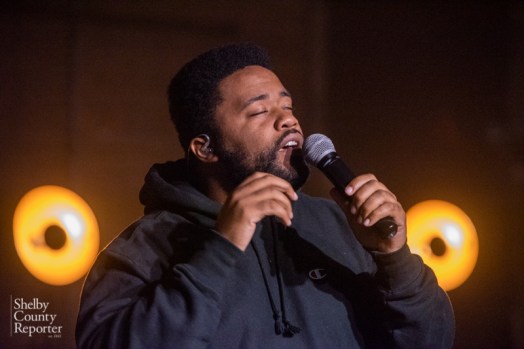 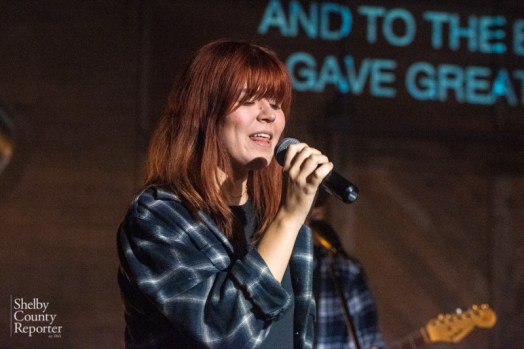 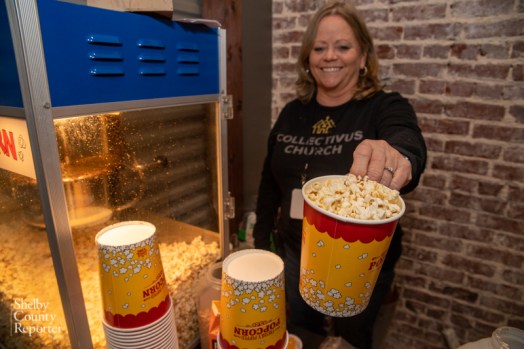 CALERA – Collectivus Church held its grand opening and ribbon-cutting ceremony on Sunday, Dec. 5 with an attendance of close to 300 across its two services.

“It was fantastic, it was great,” said Ben Nelson, pastor at Collectivus Church. “A lot of people came to see the space for the first time and were engaged. We had some city officials there, some council members, the mayor, who all said some really great things as well for the ribbon-cutting.”

Nelson said that the reaction to the church opening has been positive.

“We’ve had two types of reactions,” Nelson explained. “Some who have a history with Calera. They grew up going to the department store and since it’s been closed since the early 2000s, they’ve never been back. So, a lot of people have come in and just remembered that in their life and then seeing it revitalized has been really important to them.”

The other type of reaction, Nelson said, are part of what he calls “New Calera.”

“Since they’ve moved to Calera, there has just never been anything really on Main Street, it’s all been shut down. They’ve moved here in the recent years, they’ve seen things happening.”

The church follows a decentralized model, only meeting in the church for Sunday services. Everything else the church does is done in homes in what Nelson calls “missional communities.”

When the building is not being used by the church, it is an event space and community center.

As a community center, the space is free. Paid events offset the cost so that the church can offer the space to the community.

Nelson said he is excited for what is to come for the church.

“At Collectivus Church we have what we call two yeses, meaning it will always be yes if the school asks or if the city asks,” Nelson explained. “So we’re all about being a church for our community. We really are most excited about being even more involved within our city, being a part of Main Street.”

An event center website for the space with community center guidelines, pricing and bylaws will launch on Saturday, Jan. 1, 2022. Until then, inquiries regarding the event space can be asked at Collectivus.church/contact.