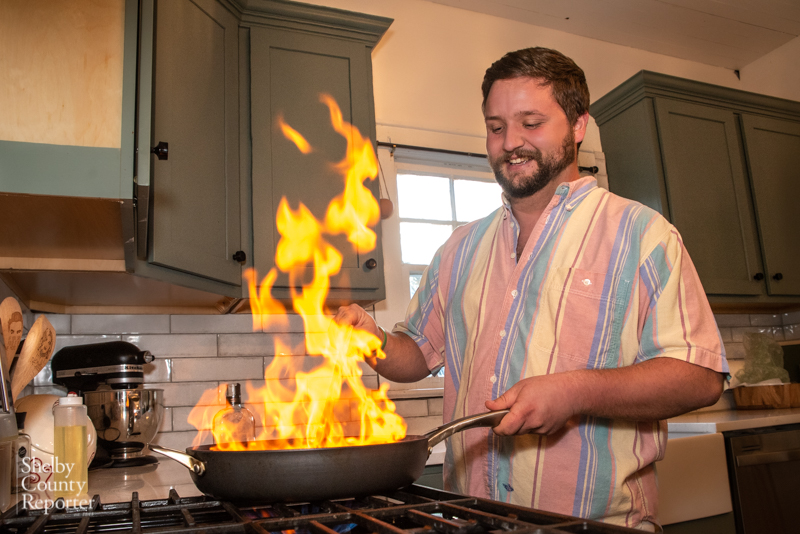 Jon Harrison will be a contestant on Next Level Chef, Gordon Ramsay’s new Fox show. The show will premiere on Sunday, Jan. 2 at 7 p.m. (Reporter Photo/Keith McCoy)

COLUMBIANA – Columbiana native and resident Jonathan “Jon” Harrison will be a contestant in Gordon Ramsay’s new Fox show, Next Level Chef, which will premiere on Sunday, Jan. 2 at 7 p.m.

Fox describes Next Level Chef as “the new evolution in cooking competitions.” The competition stage is three stories high with each floor consisting of differently designed kitchens. Ingredients will pass through each floor with the top floor getting first pick and the bottom floor getting what is left over.

Additionally, there will be two other mentors joining Ramsay: Nyesha Arrington and Richard Blais.

Harrison was inspired to start cooking after watching Ina Garten on Food Network when he was 12 years old.

“She’s kind of been the inspo forever,” Harrison said of Garten. However, it wasn’t until he was 18 that he started to take cooking seriously.

“When I got out on my own, I had to figure out how to keep that level of good on a very, very tight budget,” Harrison said.

With a journalism degree from Auburn University, the 29-year-old seems to be a jack-of-all-trades. Harrison currently works at the Alabama 4-H Center, bartends and sells houses.

Harrison decided to apply for Next Level Chef after a friend sent him an advertisement for the show. He found the contestant application, filled it out and sent it in.

Harrison explained that the application consisted of questions such as, “What is your drive?” “What do you like to cook?” “If we gave you these ingredients in 30 minutes what would you do?” and “Who are you doing this for?”

“I think I got chosen because I’ve got a lot of different ideals living in the county seat of the most conservative county and conservative state in the union,” Harrison said.

Harrison explained that his drive is to help people find a safe space in the South.

“That’s kind of my goal,” he said. “To move the South forward and have people come here and experience the rich history that we have. And that is what I was going in with, and I really think they liked that angle. You know, I’m not fighting for bygone ideas, I’m fighting for new ones in the region.”

Harrison and the 14 other contestants filmed the show in September of 2021 in Las Vegas over the course of a month. He described the process as “cool” but “very, very COVID-y.”

“We didn’t quite get the chance to go and do anything,” Harrison said. “It was strictly room, set, back to your room. ‘Cause, you know, Gordon Ramsay is turning out shows like you would not believe. So… with a schedule like that you just can’t get sick. You do what you can to protect people and that’s what they were doing.”

When it comes to reality TV and competition shows, viewers seem to anticipate drama between contestants, but Harrison was quick to praise the cast.

“I did not dislike anybody that I met,” Harrison said. “I think it was so cool to meet new people from around the country and from so many different backgrounds. It was an incredibly inclusive cast. So I really enjoyed being in the inclusive, vibey bubble for a couple of weeks. It was really nice.”

Despite the angry and aggressive image many people associate Chef Ramsay with, Harrison found that not to be the full picture.

“He (Ramsay) is one of the coolest dudes I’ve met who is a celebrity,” Harrison said. “I think that there’s obviously people’s perception of him, but then there’s actually getting to learn from him. You can tell that if he’s frustrated it’s because he knows you’re better than that, so quit making stupid mistakes and be the cook that you’re supposed to be.”

Harrison learned a lot of lessons about himself and cooking while filming the show.

“The biggest thing I learned is to visualize the dish before you make it,” Harrison said. “Have the finished product in your head before you start. Begin with the end in mind, and make sure you get there with the steps that you’re going through.”

And the biggest thing he learned about himself?

“I’m a lot more resilient than I thought I was,” Harrison said. “I learned that I can do hard things and (not to) be scared, just attack it.”

Harrison said that his message for anyone out there who is interested in cooking is to just “go for it.”

Harrison has many things in the works that he is excited about. To keep up with his future projects, follow him on Instagram @chef_jonathanharrison.

To join Harrison for dinner and a watch party of the second episode of Next Level Chef at the Alabama 4-H Center, fill out the form found at Fs12.formsite.com/MlH3kV/vjxrfn9jie/index.html. 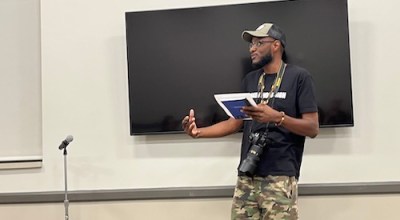 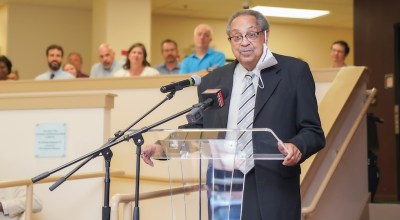