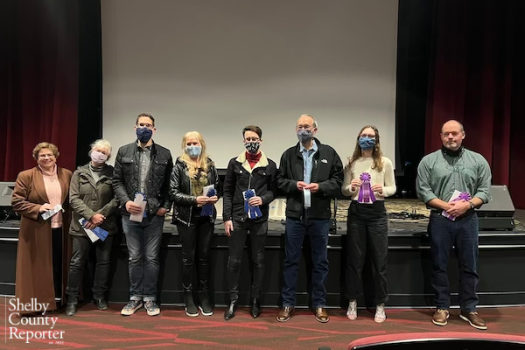 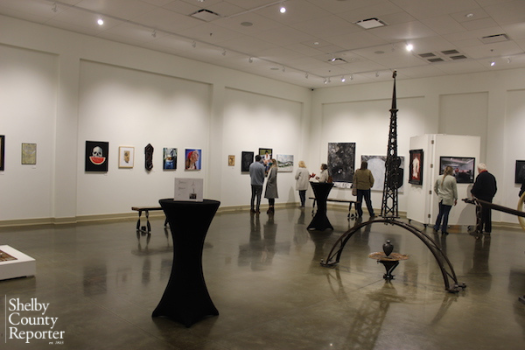 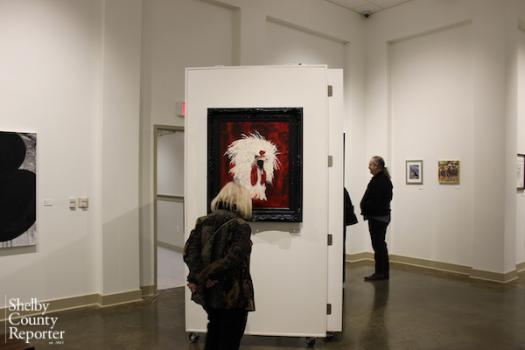 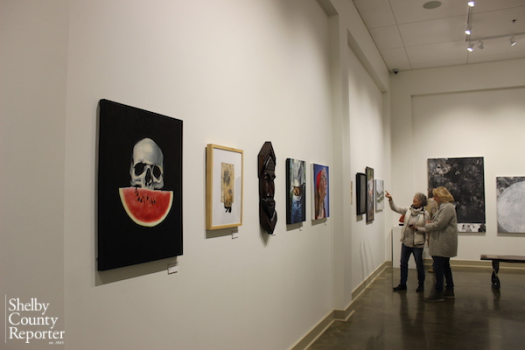 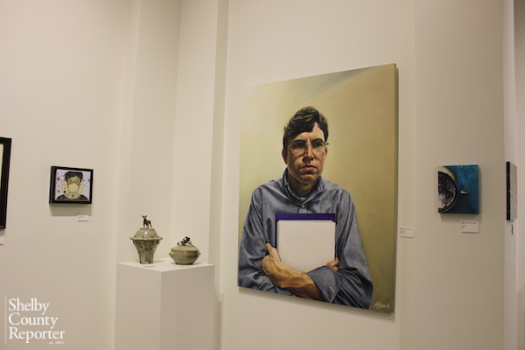 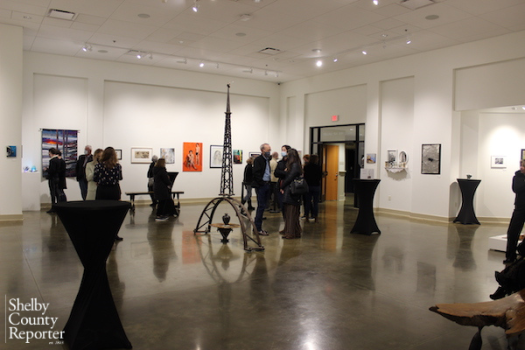 COLUMBIANA – On Thursday, Jan. 6, the Shelby County Arts Council opened the doors to its 2022 Adult Juried Art Exhibit for a gallery reception.

The gallery is comprised of art submitted by artists aged 18 and older from across the state. Around 200 pieces were submitted, 56 of which were selected to be in the show.

“Our credo is three words… imagine, create and inspire,” said SCAC Executive Director, Bruce Andrews, before announcing the winners of the exhibit. “Imagination leads to creation, creation leads to inspiration and, well, inspiration produces hope. So you guys as artists are all agents of imagination, catalysts for imagination, so you’re change agents in that regard, and I appreciate you.”

Terry Strickland, a realistic, contemporary figure painter, served as the show’s juror. Strickland determined which pieces of art made it into the show based on the digital entries.

Upon the arrival of the finalists’ entries to the gallery, Strickland visited the pieces in person for several hours to do her final evaluation before she selected the winners.

Winners were announced in multiple categories including: Best in Show, Best in Mixed-Media, Best in Photography, Best in Drawing, Best in 3D, Executive Director’s Choice and Staff Choice.

Some pieces are for sale and can be purchased through Shelby County Arts Council and picked up at the conclusion of the gallery.

Submissions are now open for the Statewide High School Juried Art Show at the Shelby County Arts Council and will close on Thursday, Feb. 17. Students in 10th-12th grade can submit their work for the chance to be displayed in the gallery and win $500 or $250.

Information on eligibility and submission details can be found at Shelbycountyartscouncil.com/juried-art-show/2022-statewide-high-school-juried-art-exhibit-guidelines/.