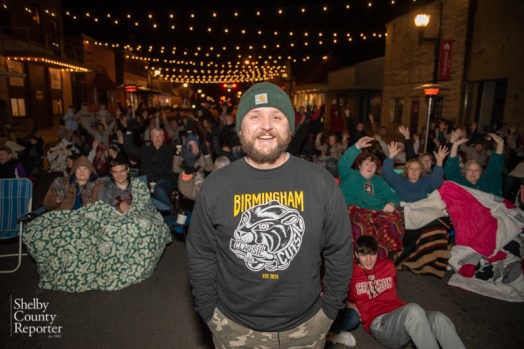 Jonathan Harrison and the community gathered on South Main Street in Columbiana on Jan. 12 to watch Episode 3 of Next Level Chef, a new Gordon Ramsay cooking show which features Harrison as a contestant. (Reporter Photos/Keith McCoy) 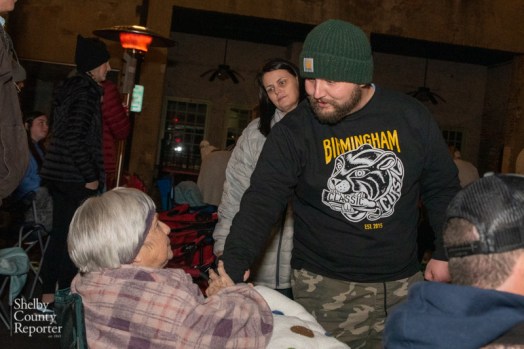 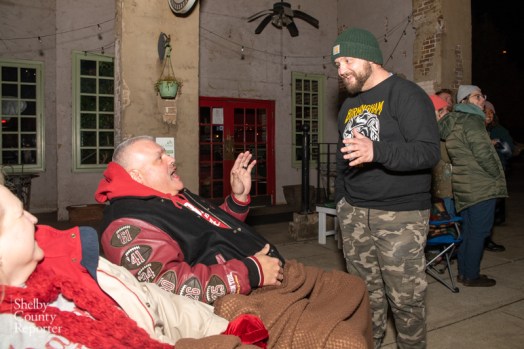 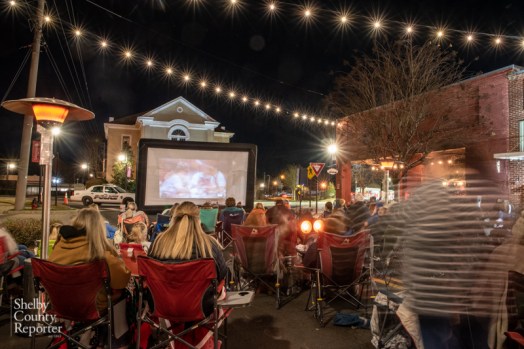 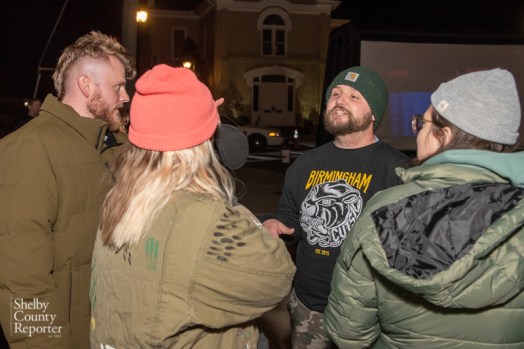 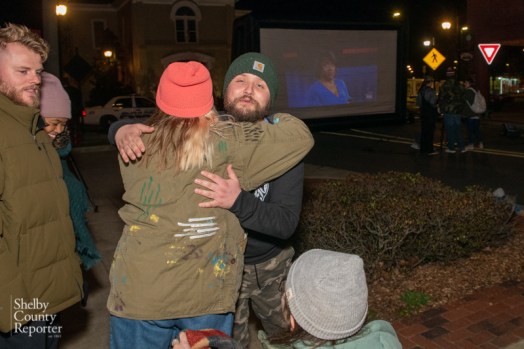 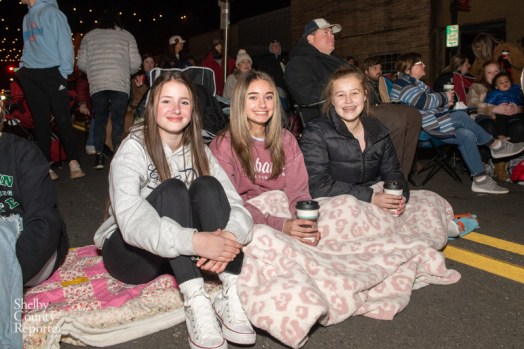 COLUMBIANA – On the night of Jan. 12, Columbiana residents and guests from out of town huddled around space heaters and under blankets in front of a blow-up projector on Columbiana Main Street.

The city and Columbiana Main Street coordinated a watch party for the third episode of Next Level Chef, a new Gordon Ramsay cooking competition show. The watch party was organized to support Jonathan Harrison, a Columbiana native, who is featured as a contestant on the show.

Following the premiere of the show, Harrison has been met with community and statewide support, something he states is overwhelming and unexpected.

“It’s been so cool to see people get behind me,” Harrison said. “I knew the people that I knew here would really be supportive, but I never expected as many people that have to get behind me. The community support has just been overwhelming.”

Harrison explained that he is attempting to be as emotionally present as possible despite not being the best at giving himself time to take it all in.

“I’m not someone who processes emotions immediately,” Harrison said. “I never have been. So, I’m sure that a lot of that will come later. I try to just keep smiling, move forward, be grateful for it… cause if I focus too hard on it, I’ll probably just end up crying for a couple days.”

Harrison has also had to navigate becoming a hometown celebrity, as people occasionally asked to take a picture with him at the watch party.

“Anything like that is super fun,” Harrison said. “I think it’s funny, I don’t know why they want a picture with me. I’m still trying to understand that, but that’s OK.”

During the third episode, despite a seemingly shaky start to his dish, Harrison impressed the judges with his spaghetti and clams and was awarded with the title of Best Dish.

Harrison said that going through the challenge was all about rolling with the punches.

“I did mess up a good bit,” Harrison said. “But that just goes to show, you just got to keep going, keep facing the conflict and addressing the issues and fixing them as you go and you’ll be fine.”

Harrison’s testament to not shying away from issues seems to be a standard in all aspects of his life. Harrison explained that he is a proponent of practicing “radical empathy” which he described as, “doing everything you can to understand another individual’s struggle.”

Harrison said that being on the show allowed him to grow exponentially in his skills and in being empathetic and towards others.

“You get put in an emotional pressure cooker, and when you’re working those long hours and when you’re being put in those situations that are super high stress, a lot of people’s issues come to the surface,” Harrison said. “Getting help and helping those people work through those things, it really solidified that message of practicing radical empathy.”

When it was revealed that he had taken home the title of Best Dish, he was met with cheers and applause from the crowd at the watch party.

“My favorite thing in the world is to make people happy,” Harrison said. “So, getting to watch that many people just whoop and holler just because you did something good, that’s awesome. I mean that’s super, super fun. I’m so glad I got to experience that last night.”

Next Level Chef airs on Wednesday nights at 8 p.m. on FOX

To stay up to date about future watch party plans or Next Level Chef events in Columbiana, visit Columbiana Main Street or Jon Harrison’s Facebook pages.