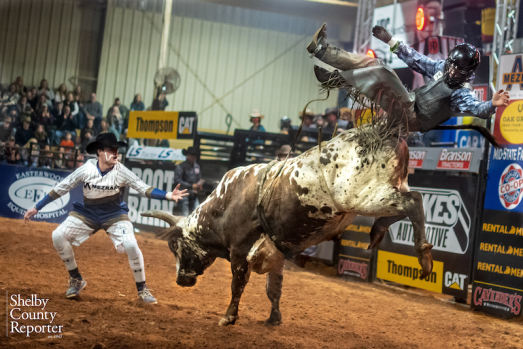 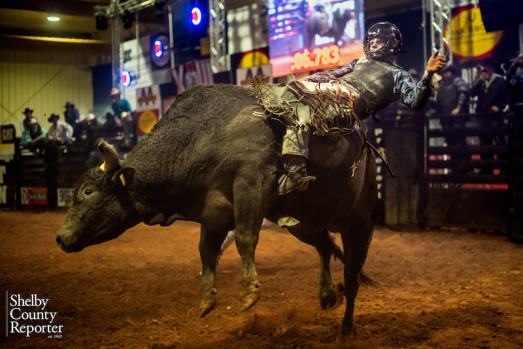 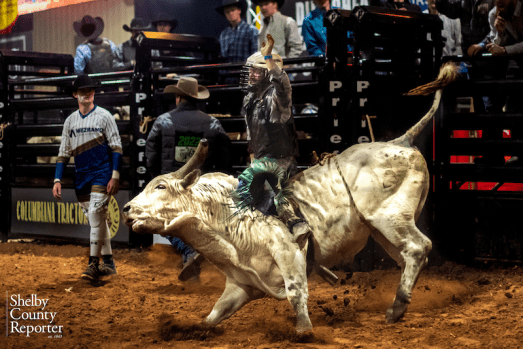 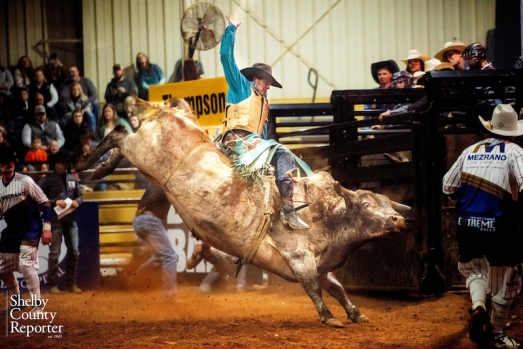 “It was great,” said Ryan Davis who puts on the event every year. “Sellout crowds.”

The rodeo marked the 13th annual show for Columbiana with this year’s competition featuring 35 riders.

Shelby County Extreme Bulls is not affiliated with the city of Columbiana. However, they are thrilled that the event seemingly grows in popularity each year.

“We’re always super excited that they come to Columbiana,” said Ali Payne, manager of community affairs and senior services with the city. “It always brings a big crowd every year.”

Each night was its own round, as the 35 contestants competed each night for a total of three rounds.

Round one, which took place on Friday, Jan. 20 saw Bob Mitchell from Missouri go 85 in the long round and 88 in the short round. With a total of 173 points, Mitchell walked away from night one with a buckle.

Ethan Ray from Georgia and Chad Owens from Mississippi split first place in round two on Saturday, Jan. 21 with 85 points each.

Dylan Hallmark from Boaz then capped off the event in round three with a two-round total of 171, which allowed him to go home with an additional bonus and a buckle.

For an average race recap, Ty Wainwright, a 22-year-old from Albany, Louisiana, finished the weekend with 245 points. Wainwright had the highest total points from the three consecutive nights, which allowed him to leave the race with a bonus and a buckle.

Hallmark came in second with a total of 171 points, followed by Ethan Ray and Owens, who split third and fourth with 170 points each.