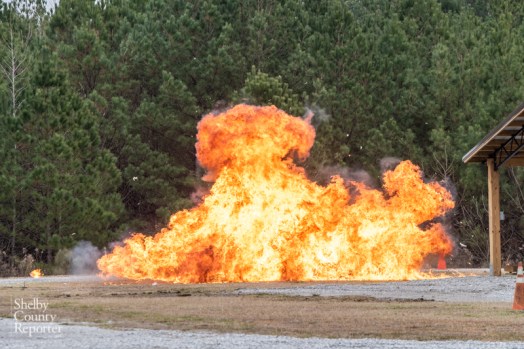 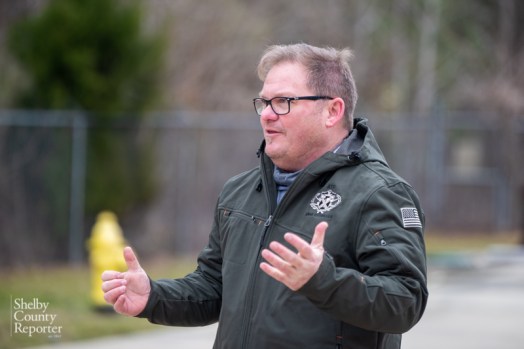 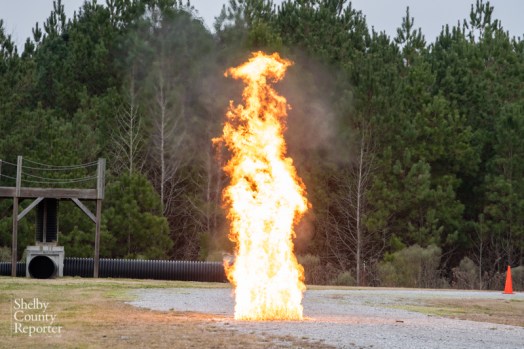 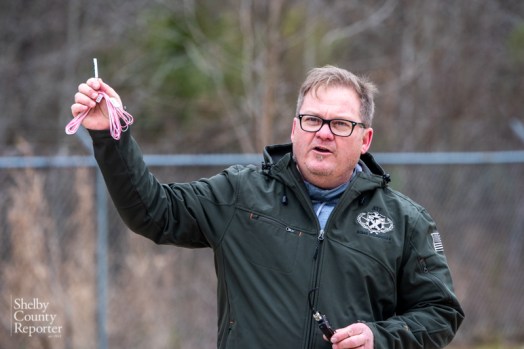 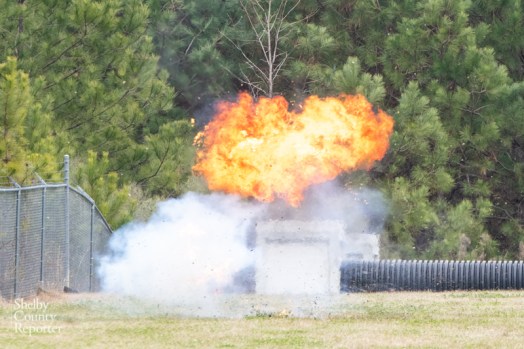 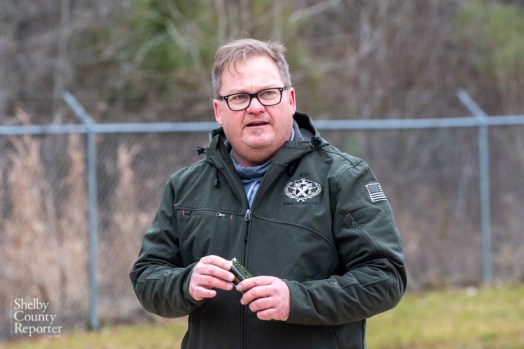 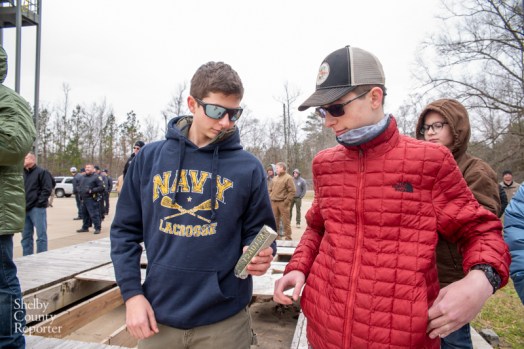 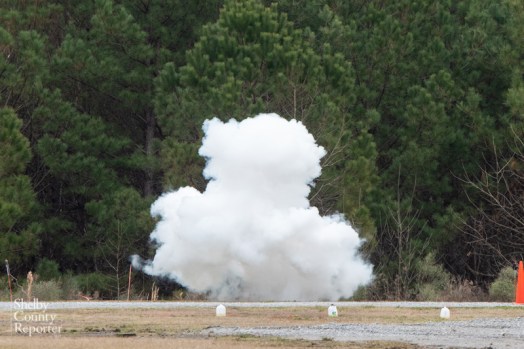 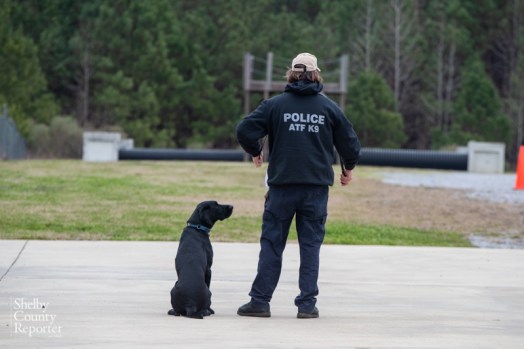 CALERA – The Calera Police Department hosted a free instruction class focused on identifying homemade explosives and bomb-making materials. The class was attended by 22 different agencies from around the state.

The class, which was held on Friday, Jan. 21 at the EMA Training Facility in Calera, was provided by the Cybersecurity and Infrastructure Security Agency’s Office for Bomb Prevention and concluded with a homemade explosives demonstration by ATF and ALEA.

Chief David Hyche with the CPD has a background with explosives as a past explosive specialist for 32 years with the ATF. So when the CPD arrested a man who was found with two suspected improvised explosive devices last Thanksgiving, Hyche decided it would be a good idea for everyone to be more educated on the subject.

“It’s really important coming from a state and local level because a lot of these officers don’t think they’ll ever have to deal with an explosive matter,” said Hyche. “But… there are a lot of Alabama examples of explosive instances and bombing instances that have occurred over the years. So it does happen here.

Hyche said that the class was mainly focused on homemade explosives which can be made from items that someone could easily purchase and with instructions that are readily available on the internet.

“It’s something that you spend time training and preparing for, but you hope you will never need,” said Hyche.

The class was well received and saw good feedback from the attendees. Hyche said he is already planning to hold additional instructional classes as they had to turn away some agencies because the class was full.

There is another training of the same nature being planned for the spring which will be hosted by the same agencies.

“Anytime you blow stuff up people like that,” said Hyche. “So, the federal folks that did it for us and the contractors have agreed to do it again in the spring.”

Hyche said that they also plan to do a post bombing investigational class where they will teach investigators how to process and investigate a bombing scene after a bombing has occurred.

For that class, they will make improvised explosives and put them in cars, blow up the cars and then let the students process the crime scene.

“It’s really a crime scene tech post-blast investigation class,” Hyche said. “We’re going to try to do that when the weather is a little better.”

Hyche explained that the CPD hosting the classes is not just beneficial to Calera but the state of Alabama as a whole.

“When we improve the training and expertise of our neighboring agencies, it’s helpful because you can never know,” Hyche said. “When we arrest somebody here, we don’t know where they are going to commit their crime. So, all of us being better makes everybody in Alabama safer.”