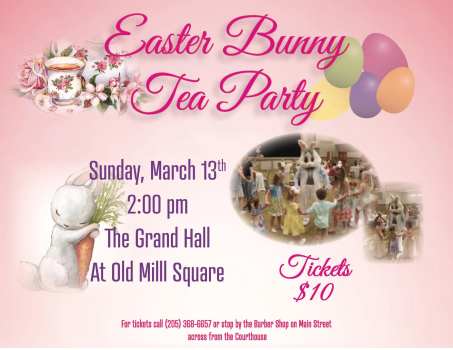 This year the Columbiana Beautification Board will be co-hosting the Easter Bunny Tea Party. (Contributed) 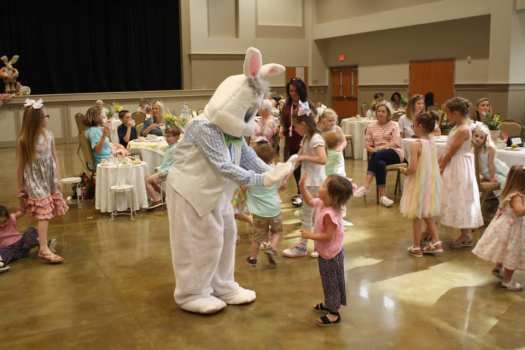 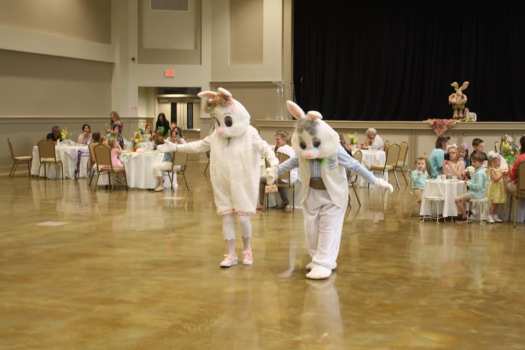 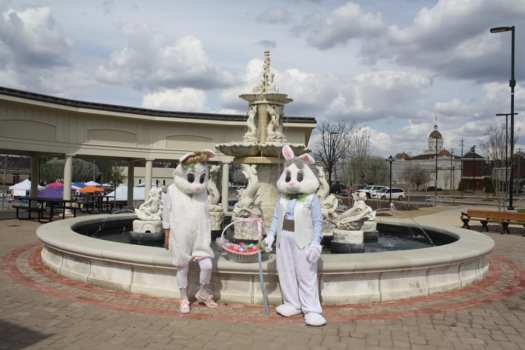 COLUMBIANA – What originally started out as two Easter bunnies standing on the corner of Main Street on Easter, has turned into a fan favorite tea party that is attended by hundreds of people.

The sixth annual Easter Bunny Tea Party will be held on Sunday, March 13 from 2-4 p.m. at the Grand Hall at Old Mill Square co-hosted by the Columbiana Beautification Board and Leighann Langley.

“Anybody that has ever seen it will say that it is the most amazing thing that they’ve seen for children,” Langley said.

The Corner Shoppes hosted the first Easter Bunny Tea Party, however, as attendance doubles every year it is now being held in the larger Grand Hall. Langley said she expects around 200 people to attend this year.

For the first 30 minutes of the tea party, children will meet and take pictures with Mr. and Mrs. Easter Bunny. Afterward, they will eat and drink tea for another 30 minutes. Cupcakes and cookies will be available to snack on and tea will be provided by Diane Moore from Hearts Desire Tea Room. The last hour of the tea party will be spent socializing and dancing.

The Easter Bunny Tea Party is a white cloth tea party with real dishes and is most ideal for younger children.

Tickets for the tea party normally sell out fast, so Langley recommends purchasing them sooner rather than later.

“If you’ve been to one, you’ll be to the next one, and that’s why tickets sell out fast,” Langley said.