Harrison’s Next Level Chef journey explores what makes a community 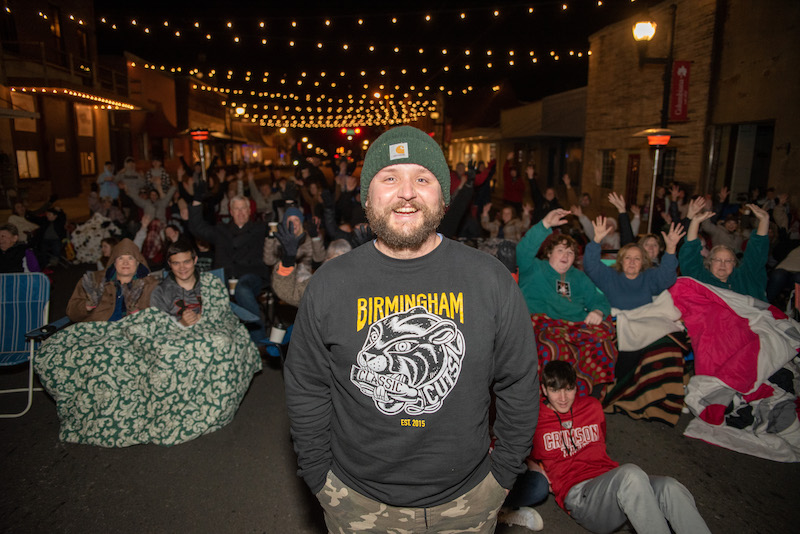 Jonathan Harrison’s front door was wide open when I pulled up to his house to interview him for the first time.

I had never met him before, so it felt a bit odd just to walk into a stranger’s house and present myself as if it was the normal thing to do. But after a couple of seconds of internal deliberation, I did poke my head in, and he welcomed me with open arms and ushered me inside.

We did all the normal meeting-for-the-first-time formalities, I sat down on a stool in his kitchen and began asking questions while he continued to cook.

As we talked guests stopped by, walking in and out to say hello or pick up some food. They discussed with me how cool it was that the Jonathan they knew and loved was going to be on TV. It all felt very comfortable, which is not the easiest thing to achieve when meeting someone for the first time.

His friends mentioned several times that none of this, the show, the support, the recognition, was surprising to them.

As I continued to follow along with Jonathan’s journey on Next Level Chef, I attended watch parties and got to talk to him and others in the community further. I got to learn more about Columbiana and the people within it that make it so special.

It is easy to write a love letter to Columbiana as Sasha Johns did in her community column a few weeks back because there is a lot to love about Columbiana and its people. Columbiana is full of people who will rally behind you and uplift you when you do well or if you do not, no matter the circumstances, someone will be there to cheer you on.

However, the community support was not just limited to Columbiana. Despite not winning, Jonathan still received an outpouring of support from the “vibey bubble” he created around him comprised of people all over.

It’s people that make people feel seen and loved and heard, not a location. Jonathan has fostered that community, and in return, they have shared that love and his message of radical empathy throughout the country.

It is really nice, and almost surprising, to see people supporting people and spreading kind words and love, especially in a time when it is easy, and almost expected, to log onto social media and see nothing but vitriol.

While there are times when those who proclaim a certain message do not believe in it themselves, that is not the case when it comes to Jonathan. Jonathan continues to foster and spread that support, hosting weekly live shows with his fellow Next Level Chef competitor Reuel Vincent to cheer on and shout out their fellow contestants.

Jonathan also shares his love through food, which can be seen in his community driveway dinners, where his close friends gather in his driveway and eat dinner together around foldout tables.

That same shared experience of eating together with close ones is something he continues to spread to strangers, hosting gatherings for people to enjoy each other’s company and eat his food.

As his future endeavors advance, I imagine that he will continue to make people happy through delicious meals, quality time with others and his message of caring for those around oneself despite everyone’s differences.

I do not know if Jonathan’s door is always open physically or if that was just a nice coincidence. But, when I think back to that moment I do find the openness very reflective of Jon’s personality and mission.