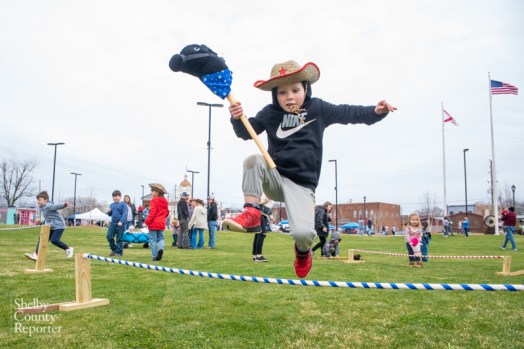 The 14th annual Cowboy Day saw attendees come from all over the state to enjoy the family friendly festival on Saturday, Feb. 24. (Reporter Photos/Keith McCoy) 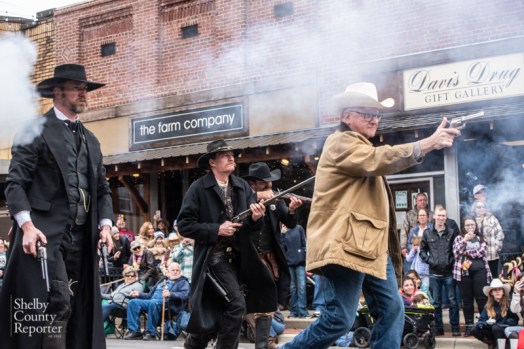 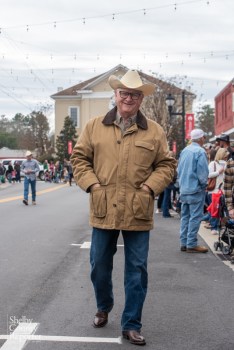 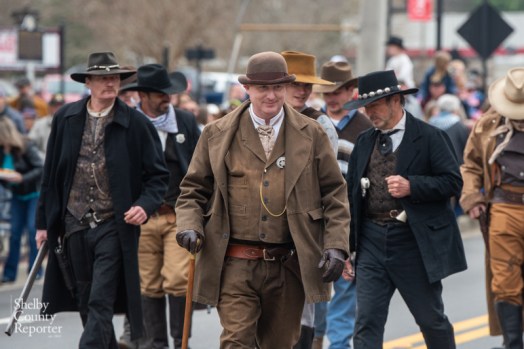 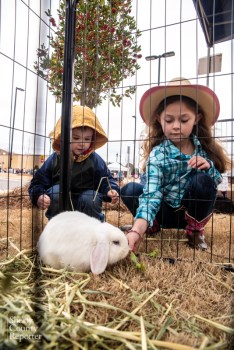 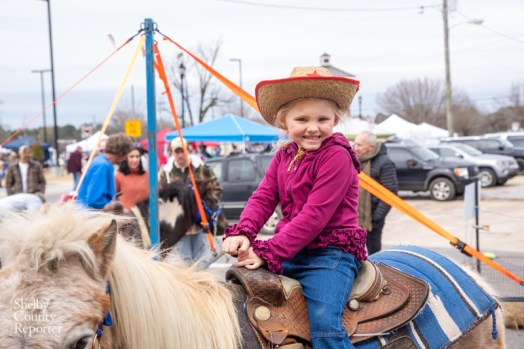 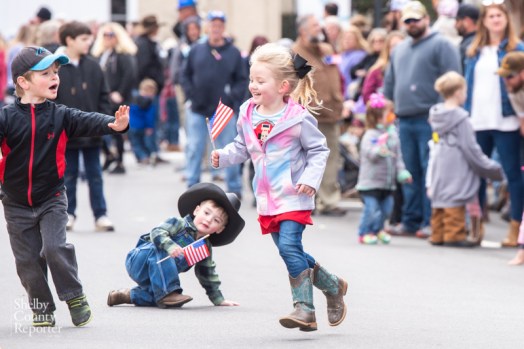 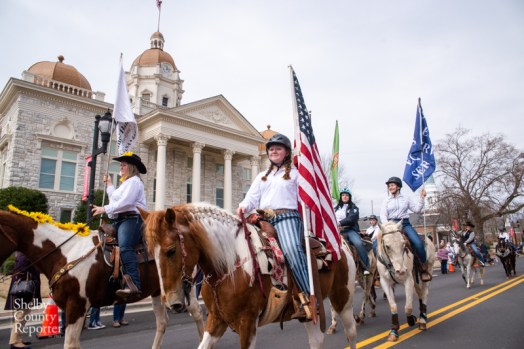 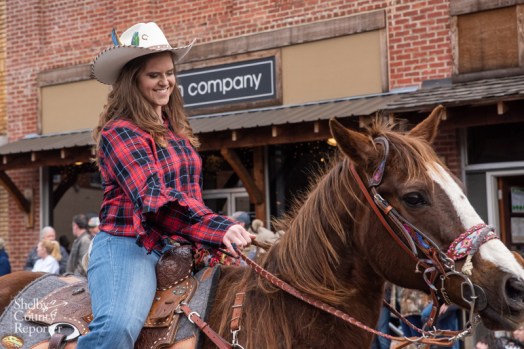 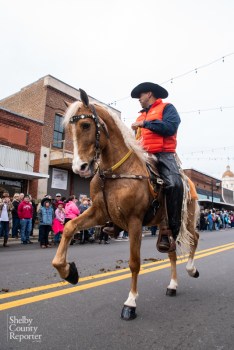 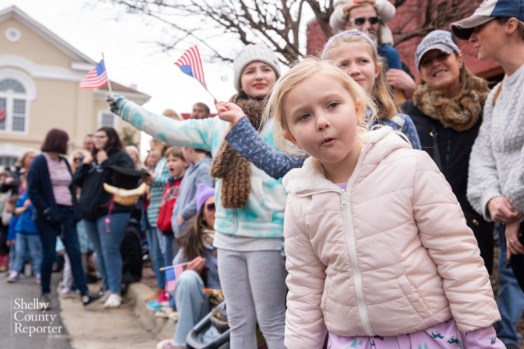 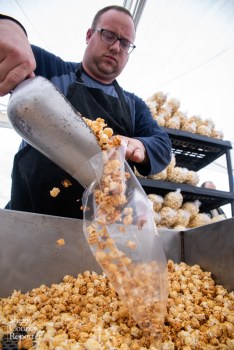 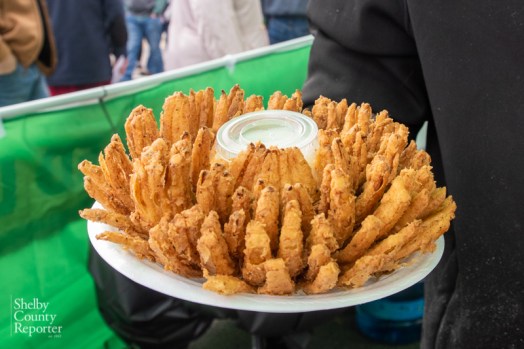 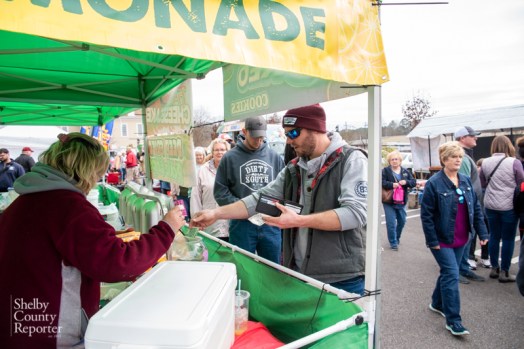 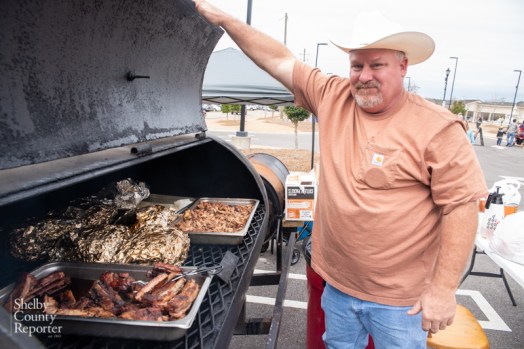 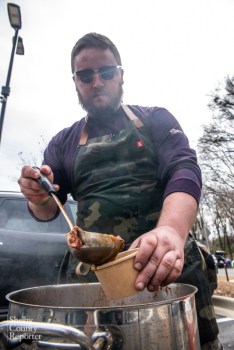 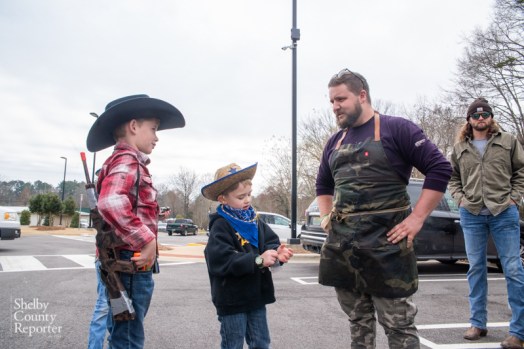 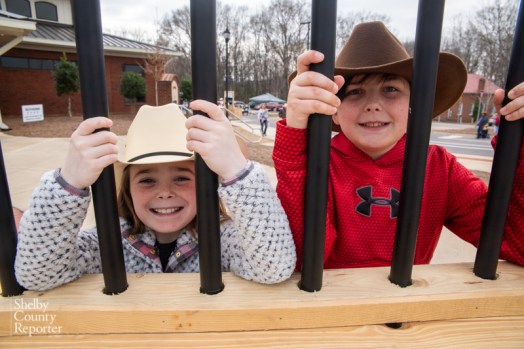 COLUMBIANA – The day started off with a bang at the Main Stage featuring a Cowboy Skit. People from all over were dressed in their best cowboy attire as they attended the 14th annual Cowboy Day on Saturday, Feb. 26.

Despite it being an overcast day, Columbiana saw a sizable turnout at the fan-favorite festival.

“I was really pleased with how many people were there,” said Ali Payne manager of community affairs and senior services with the city of Columbiana.

The festival featured a variety of arts and crafts, baked goods and clothing vendors as well as food trucks such as Corn King, Kona Ice, Me Mama’s Grub Hub and more.

Other booths were set up that allowed kids to immerse themselves into the life of a cowboy. Children could ride a pony, pet farm animals at a small petting zoo and practice their marksmanship at a booth set up by the Columbiana Police Department that let kids shoot airsoft guns at haystacks.

Additionally, the Quilts from the Heart exhibit opened at the Shelby County Arts Council during the festival. The exhibit displayed over 40 quilts of different styles made by local quilters. The exhibit will be at the EBSCO Fine Art Gallery until Friday, March 11.

At the height of the festival, a Wild West Shoot Out occurred on Main Street which featured the Columbiana Mayor David Mitchell who helped take down a couple of wild west bandits.

After the shoot-out, the Parade, which consisted of groups riding their own horses, made its way down Main Street.

The multiple cowboy skits and the Wild West Shoot Out were performed by Have Gun, Will Travel, a subgroup of the 6th Alabama Calvary Regiment of Reenactors who participate in Civil War, World War II and wild west reenactments throughout the state.

The group stayed onsite, sleeping overnight in a campsite that was set up along Walton St. next to the Shelby Baptist Association building.

Compared to other events that the group has performed at, Cowboy Day stands out.

“Well it’s right in the middle of town, for one thing,” Brien McWilliams said.

“I think it’s the overall hospitality, and when we come here we feel like family even though we come from all over Alabama,” Ryan said. “When we come here they feed us, they take care of us. The mayor is involved, the Chief of Police (is involved).”

One of the group’s last skits involved a quick draw contest between Columbiana’s Chief of Police Jeff Bowers and detective John Hall. The two fired blanks 10 feet away from a balloon, with the percussion of the blank popping the balloon.

There were also extra events that occurred during the festival.

Kids and adults alike enjoyed the Hobby Horse Tournament. Children ran the course, which featured four jumps that the kids had to make it over before they ran through the finish line, with their trusty hobby horses.

The Chili Cook-Off featured four contestants who cooked their chili onsite. Festival attendees could pay $5 to try all of the chilies and vote for their favorites which would be counted towards the People’s Choice award. A panel of judges also voted and determined first, second and third place winners.