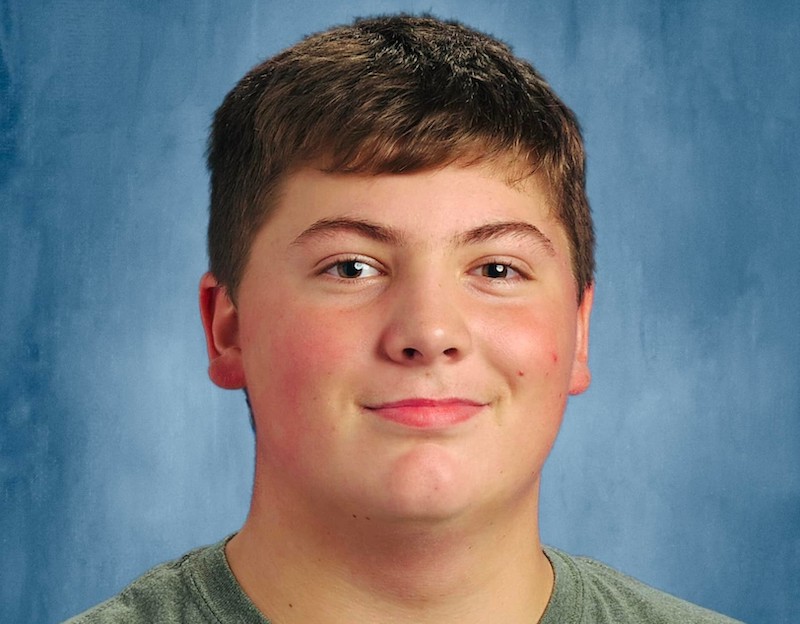 “There was a fear that there was no location in Calera large enough to hold Johnson Noble’s friends and family,” Joe Johnsey, Johnson’s uncle, said. “And that fear has come true.”

Johnson died on Friday, April 1 after an electronic scooter accident.

In a Facebook post by Rustic Youth Camp, Dee Noble, Johnson’s grandfather, said, “We are devastated to have to post that our lovable, funny, kind 15-year-old grandson Johnson passed away. He had a tragic electric scooter accident yesterday in which he sustained a severe traumatic brain injury. Please pray for his sweet sister Mia and his parents and all of us that loved him so much.”

Johnson was known by his family, friends and even strangers as a dedicated, loving, resilient, kind-hearted person who strived to find the beauty in everything. He was a blessing in the lives of everyone he met.

“He was a likable, personable young man,” said Bob Hutto, preacher at Johnson’s church, Oak Mountain Church of Christ. “He was fun to be with, whether he was with young or old. Everybody liked Johnson; Johnson loved everybody.”

According to those around him, Johnson never met a stranger and was always eager to encourage anyone and everyone.

“On Friday, the day Johnson was taken, he found a little boy that morning… and told him how he loved his bike and that the boy was doing a great job and asked him, ‘Hey, you want to ride around?’ He always, always wanted to be better,” Patrick Beutjer read on behalf of Jeremy Noble, Johnson’s father.

“Every interaction with Johnson… he put a smile on your face,” Johnsey, said. “It did not matter if the story was embarrassing to him, if it would bring a smile to your face, he was happy to tell it.”

Johnson loved to be in the outdoors, hunting, fishing, playing football, discus, shot put and javelin. He also loved to play video games with his friends and travel with his family.

“No one can say that Johnson was not a kind, loving and good-hearted person,” Jeremy said. “Johnson was such a blessing and a gift from God. I did not deserve him, and maybe God knew that and gave me him to help me as a person. Maybe he knew how difficult life is, how busy and chaotic life would be and just wanted to remind me that being a good person is actually a very simple thing. An elementary teaching that anyone can do, and Johnson definitely did.”

Even in the face of adversity, Johnson always was steadfast. When Johnson broke his arm last year, a complication that many would let stop them from living life to the fullest, Johnson instead took the injury with stride, not letting it get in the way of what he enjoyed doing.

“When he broke his arm, he had to wear a brace and a sling for a while and he couldn’t participate,” Jeremy said in his letter. “But… he was out there before games helping with water, equipment and being the best cheerleader and teammate he could be. The cast didn’t slow him down too much. He still went fishing and was so excited the first time he caught a fish with one arm.”

Johnson was not just an extremely devoted person, he was also eager to give a helping hand to those who needed it, often helping his father Jeremy on home projects or accompanying him to work. Anyone who saw Johnson work would complement his amazing work ethic to Jeremy.

His family and friends showcased the ray of light Johnson was in the lives of many. He taught those around him how to see the beauty in something that many would not spare a second glance at.

In his quest to see all 50 states, Johnson not only got excited about visiting the Grand Canyon or the Golden Gate Bridge, he would also look forward to a layover in O’Hare International Airport because it meant one more state could be checked off his list, Johnsey said.

“For Johnson, the mundane was marvelous, and there’s nothing I can say today that will make Friday make sense,” Johnsey said. “I have remembered how spectacular simple things can be if you have the right perspective. I have been reminded that things are better when you take yourself a little less seriously and you savor the moment with those closest to you. I have been taught that when you have Jesus as your guide, your shepherd, you don’t have as much to concern you. I recall how great it is to see things through the eyes of one who is always looking for joy, and that’s probably the most substantial thing about Johnson to me, is joy. He always found a way to enjoy whatever it was he was doing.”

“In Johnson’s case he was a good tree that bore good fruit,” Jeremy said. “His words, his actions, you could easily tell what kind of heart Johnson had.”