When Meg met the NWS 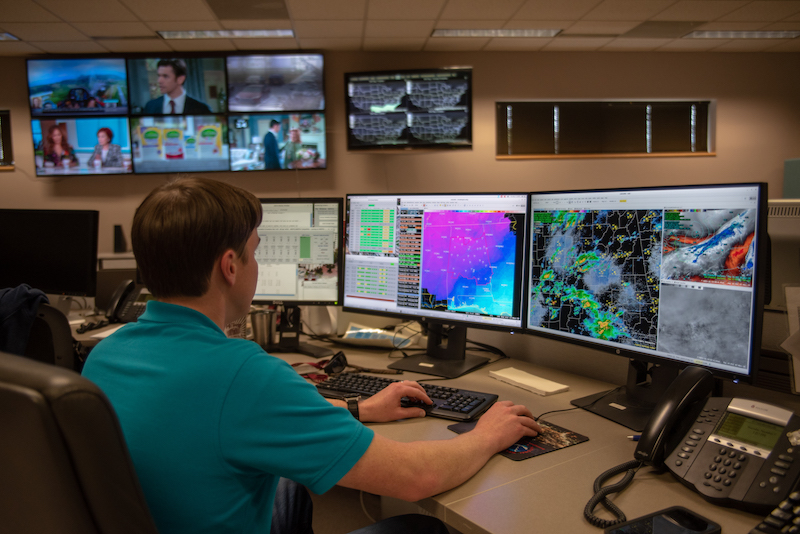 Lately with the onslaught of severe weather we have been having, I have formed quite an attachment to the Birmingham National Weather Service’s Twitter account. (File)

In a college media class I took, we discussed parasocial relationships, which has become quite the hot topic these days on social media.

For those not in the know, a parasocial relationship is a one-sided relationship where a person extends emotional energy, interest and time, while the other person or party is completely unaware of the other’s existence.

These types of relationships are most commonly seen when it comes to celebrities. So think your middle school obsession with some guy who wore suspenders in a boy band, or a sports star that you might defend if someone is bashing them, even though you do not really know them.

For instance, let’s say, theoretically of course, that I have developed a parasocial relationship with the Birmingham National Weather Service Twitter account.

And let’s say that theoretically, I have begun to feel like a fan. I have their notifications on, I anticipate their next update, and I feel invested when the person behind the Twitter account breaks their methodical, information-based social media tone to show their true personality to tell a quick joke.

I think it’s my ingrained fan behavior genes. I was a fan of One Direction when I was 12 and so naturally, I am a fan of the NWS at 22. What could be more exciting?

I believe that my attentiveness has grown out of the recent major weather events we have had in central Alabama. Like clockwork, every Tuesday or Wednesday we will brace ourselves for some form of a tornado or thunderstorm or flood. We will tune into whatever weather service provider we have and we will wait nervously for it to pass us, and as I wait apprehensively, I check @NWSBirmingham to keep me updated.

As humans, we can’t help but become numb or annoyed or dissociative when we get yet another severe weather warning, it’s easier to ignore it than worry for many.

But, during this season we should not overlook the hard-working people who work day and night to make sure that we are as informed as possible to keep ourselves safe. We can fall asleep when the weather has passed us, they, however, have to power through the night until its fully passed over the state.

A couple of weeks ago when one of the particularly rough patches of the weather passed over us, my anxiety would not let me go to sleep. As someone who doesn’t know how not to overthink, the Birmingham National Weather Service’s Twitter account was what assured me that I would be OK.

Especially in the time of social media, where most people get their news and information, weather service workers have to manage updating not just on their main websites and platforms, but on their social media as well. And as someone who handles and works with social media, I understand how hard it can be to juggle updating a ton of platforms, and I can’t imagine what it’s like to do that when it involves such a stressful thing as severe weather.

So, as this month comes to an end and the weather slowly becomes less severe, the parasocial relationship that I have with the NWS Twitter account might fade, but my appreciation for what weather service workers do won’t.