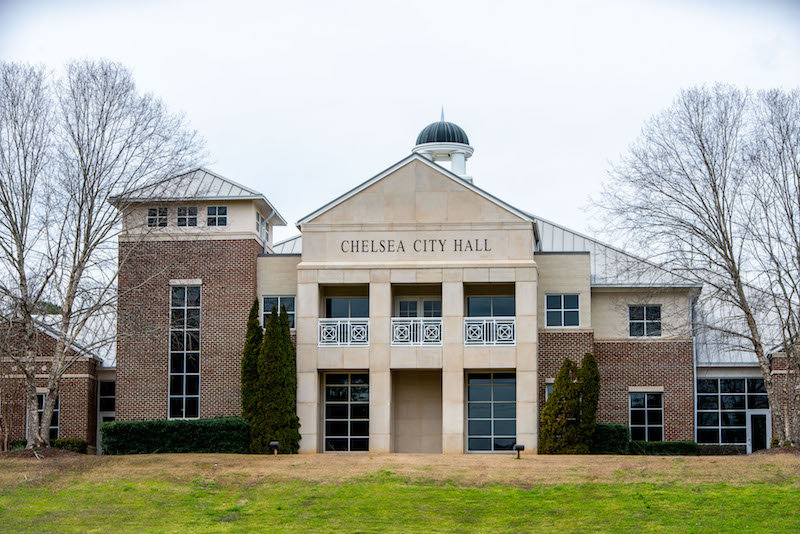 Chelsea City Council members Cody Sumners and Casey Morris have introduced an alternative proposal in response to the city’s consideration of potentially instituting an additional property tax to generate funds for a city school system. (File)

CHELSEA – Two Chelsea City Council members have compiled what they are calling an alternative option to the potential institution of a property tax in Chelsea to generate funds for the schools in the city.

In an April 27 press release, Councilmembers Cody Sumners and Casey Morris introduced a proposal they claim would not require any additional taxes and would allow the city to partner with the Shelby County Board of Education to address the immediate needs of the schools.

“The city of Chelsea is currently exploring the possibility of instituting a 12.5-mill property tax on the citizens of the city in order to fund the creation of a city school system,” the release read. “The proposal put forth by the mayor does not address the needs and concerns that citizens have expressed in public meetings.”

The proposal from Sumners and Morris comes one week after the City Council held a first reading of a proposed ordinance that, if approved on Tuesday, May 3, would set a special election on July 12 for the city’s residents to vote on whether to authorize the city to levy and collect an additional ad valorem tax for the purpose of providing funds for the public schools, according to the ordinance.

Chelsea is one of three Shelby County municipalities that does not have a municipal property tax; the city’s residents currently pay a 44-mill property tax to the county.

The proposed 12.5-mill property tax for Chelsea schools would include provisions for school buildings and related facilities.

“The citizens of Chelsea deserve to know that the taxation option being presented by the mayor is not the only option, nor is it the best option for the city of Chelsea,” Sumners wrote.

In addition to requiring no additional taxes on Chelsea residents, the proposal calls for the city to utilize available funds from the current 1-cent education sales tax and current city bonds issued in October 2021.

“During these times of unprecedented price increases on everything from energy to baby food, I do not feel comfortable asking our hardworking citizens for more of their paycheck,” Morris wrote.

The following are other points Sumners and Morris listed in their proposal:

• Leverage the current 1-cent education sales tax in the bond market for improvements/renovations at the current schools in the Chelsea city limits. (The current 1-cent sales tax brings in yearly revenue equivalent to 10 mills of property tax; approximately $2.2 million a year. These sales tax proceeds could easily fund bond issuances yielding up to $30 million for school projects.)

• The schools would still belong to the Shelby County Board of Education, and they would still make regularly scheduled upgrades. All additional funds from the city of Chelsea bonds would be for additional upgrades and renovations to the current schools to address concerns regarding the current facility needs as outlined by citizens and council members.

• A citizen board would be established to work with local school administrators to determine needs and priorities for the schools.

• The citizen board would then prioritize projects for the schools in the city limits of Chelsea.

• The citizen board would make a presentation/request to the SCBOE to proceed with agreed-upon projects.

• SCBOE would be responsible for all aspects of the construction.

• No funds from the bonds would be transferred to SCBOE until requested for each project, when an invoice is received from SCBOE.

• This proposal would not require any additional tax from the citizens of Chelsea and would allow for much-needed facilities upgrades/renovations in a much timelier manner than the current proposal for a property tax increase.

• This would allow all funding to go towards facilities issues, which have been identified as the only issue with the schools.

• The current proposal for a property tax is primarily to cover administrative costs. This proposal does not duplicate services and allows all funding to go directly where it is actually needed.

• This proposal would allow the city to help bring the schools up to the expectations of the citizens of Chelsea, so that when the city is in a more financially viable place, it can revisit the city school issue, and the schools will already have received the needed renovations and upgrades.

• Additionally, under the mayor’s plan, the current 1-cent sales tax would no longer be available to fund current projects like the Nick Grant program. The revenue generated by those sales tax proceeds would be dedicated to funding city school overhead and capital items.

During the April 19 meeting, council members shared their thoughts on the subject of Chelsea possibly forming its own city school system and utilizing funding from the proposed property tax.

“I believe that this needs to be, and should be, a vote of the citizens of Chelsea,” Mayor Tony Picklesimer said, adding the proposed ordinance for the special election does not impose a property tax or establish a Chelsea city school system, but instead calls for a special election for residents to vote on a 12.5-mill property tax to be assessed for the funding of a city school system. “Let the people vote and make the decision.”

Councilmembers Scott Weygand and Tiffany Bittner spoke in favor of an election and the proposed property tax.

“As a mom of four kids in school, I think now is the time to do something,” Bittner said. “I feel like this could be a game-changer for our city on so many different levels. We see growth is here; it’s not stopping. I think if we don’t do anything now, we’re missing a huge opportunity.”

Councilmember Chris Grace said he was in the middle on the issue, noting he thinks the additional property tax option is a feasible solution, and he supports putting the option before Chelsea residents for a vote.

“I do look forward to hearing feedback from our community, and hopefully, that’s face-to-face rather than on Facebook and social media,” Grace said. “I trust that we, as a community, will make the best and right decision, whatever that may be.”

Sumners and Morris voiced their opposition to imposing an additional property tax during the meeting.

The city plans to hold several town hall meetings in the coming weeks and leading up to the special election if the election is approved at the City Council’s May 3 meeting.