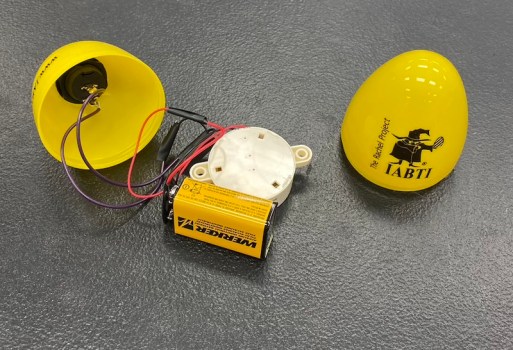 Calera Police Department Chief of Police David Hyche created the first beeping egg in his basement as his daughter, Rachel, who was blind could not participate in Easter egg hunts. (Contributed) 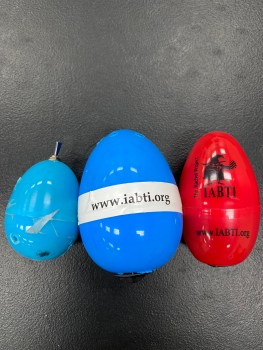 There are three generations of the beeping Easter eggs. The egg on the left is the version Hyche began making in his basement in 2005. The middle egg is the second generation egg that was made when IABTI began The Rachel Project. The right egg is the latest third generation egg. 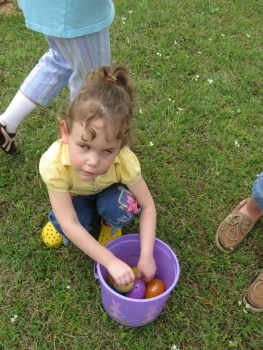 Above, Rachel Hyche participates in an Easter egg hunt when she was younger. 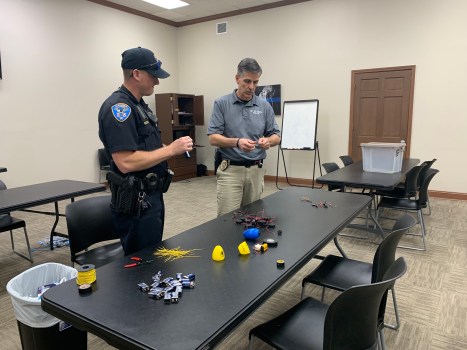 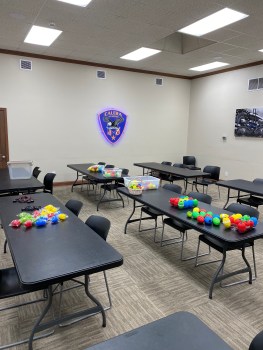 CALERA – In 2005, Calera Police Chief David Hyche created the first beeping Easter egg in his basement as a way to make Easter egg hunts more accessible for his daughter Rachel who lost her vision when she was 4 months old.

Since then, two other generations of the egg have been made, and they have been sent to hundreds of cities across the U.S. and the world to host their own accessible Easter egg hunts.

“I think it’s really cool that it was born in Shelby County, and now it’s spread all over the world,” Hyche said. “I’ve been contacted in previous years by the U.K. and Canada police or military bomb units wanting to do it there.”

The original egg consisted of a switch, a piezo beeper, a 9-volt battery, a battery clip and a large plastic egg. Each egg cost around $11.50 to make.

Making the eggs came easily to the bomb technicians and explosive specialists due to the electronic circuitry used to make them.

The number of children that participated in the egg hunt grew larger and larger each year. Hyche noted that the hunt was an educational tool as well, as it taught independence, mobility and search techniques to the kids.

Hyche then helped host an Easter egg hunt in Washington D.C. in 2009, where International Association of Bomb Technicians and Investigators (IABTI) member Joel Criswell was made aware of the organization after helping make eggs for the event.

As the Easter egg hunts expanded and Hyche became a regional director for the National Association for Parents of Children with Visual Impairments (NAPVI), Criswell suggested that the IABTI Executive Board partner with NAPVI to support the growth of the activity.

The endeavor went on to be named after what inspired the first egg in the very beginning — The Rachel Project. People from all over now donate so that eggs can be made and sent to various parts of the globe.

Donations pay for the parts of the eggs, as each egg now costs around $16-17 to make.

Hyche said that the evolution that the eggs have gone through has been interesting to see.

“The first one (was) a little bitty egg, and I’ve still got one and I made them in my garage,” Hyche said. “And then the second generation one, when IABTI took over, they’re these really big, like as big as your hand eggs. And then now, we have a smaller one.”

As the idea of making events and activities more accessible to people with disabilities becomes spotlighted more, Hyche said most people don’t realize what they take for granted in their everyday lives.

Hyche said that there are also vibrating eggs that can be found on a wooden floor by kids who are both deaf and blind.

“Raising a child like Rachel, she her whole life has wanted to do things independently,” Hyche said. “And just to give them the ability to find the eggs themselves, it seems like such a little thing to people that take for granted eye sight or hearing or mobility. We take that for granted, but it means a lot to their self-esteem. There’s so many things that special needs people can do if we just give them a little bit different way to do it.”

This year, the Montgomery County Maryland Bomb squad made more than 100 beeping eggs that were used at the White House in the annual White House Easter Egg Roll.

“I’m overwhelmed with the fact that so much money is donated every year in the name of Rachel,” Hyche said. “There are people all over the country and in other countries that do this that I don’t even know about. It has spread. Every year, they add 5-10 cities that start doing this, and I get a lot of feedback too.”