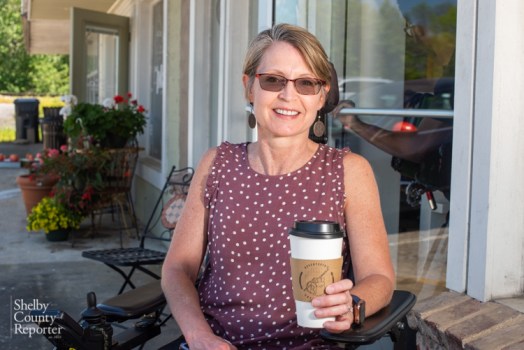 Calera resident Ann Davis was diagnosed with multiple sclerosis in 2010, 16 years after her first symptoms began in 1994. (Reporter Photos/Keith McCoy) 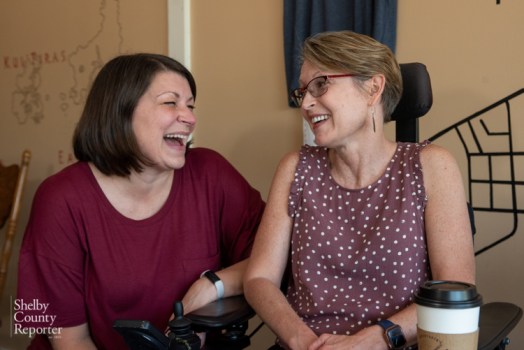 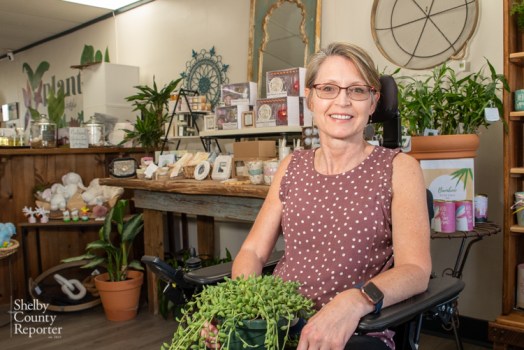 CALERA – While she was in college in 1994, Ann Davis noticed something was wrong with her vision. That was her first symptom, and the first day of her 16-year-long journey to be correctly diagnosed.

After she noticed something wrong with her sight, she went to a neurologist who was unable to confirm what was causing her symptoms. Years down the line in 2010, at the age of 39, Davis was finally diagnosed with multiple sclerosis.

“I’ll tell you, the journey leading up to that was the hardest,” Davis said. “Because I wasn’t diagnosed correctly, and I think that that’s so important with any disease but with MS you could treat it, and it stops progression a lot better than if it goes on and on.”

MS is a chronic disease that affects the brain and spinal cord also called the central nervous system. The disease attacks nerve fibers and disrupts communication between the brain and the body. Symptoms can include vision loss, impaired coordination, fatigue and more.

The most common disease course of MS is called relapsing-remitting MS (RRMS), which is characterized by a cycle of attacks of new increasing neurologic symptoms followed by periods of partial or complete recovery.

Davis explained that this cycle will sometimes give those with MS a false sense of security, leading them to believe everything is OK, until they enter another relapse phase.

Despite the fact that Davis had been seeing a neurologist since she first had an issue with her vision, she had not been diagnosed with MS. However, the disease still progressed.

Later in life, Davis noticed she had to drag her leg to walk and had started to trip more and more. With an increasing amount of questions and a continuing lack of answers, Davis and her husband, Bill, took a trip to the Mayo Clinic in Rochester, Minnesota.

It was there that Doctors did more tests and MRIs and referred her to a specialist in Birmingham to get a spinal tap, which lead to her eventual diagnosis.

The spinal tap showed a group of proteins called immunoglobulins that indicate inflammation in the central nervous system.

“It was like raging in my spinal fluid,” Davis said.

Since then, Davis has rallied with her support system made up of family and local friends to raise awareness and funds for the disease. The donations also help fund research through the MS Society, an organization that her doctor connected her with shortly after she was diagnosed.

“It’s natural to want to give back for anybody, but I feel like when you have the disease you really want to find the cure for it,” Davis said. “So, if you can raise money to put it towards research to find a cure to hopefully end it, maybe not for you but maybe somebody that comes along after you, then that’s what motivates you.”

Money raised for the MS Society goes towards research that is aimed at ending MS forever and helping those affected by the disease.

Before she ever had any symptoms of MS, she was familiar with the disease because she learned about it in pharmacy school. When she graduated in 1994, the first MS medicine had just been released.

Since then, there are now at least 30 other drugs for MS, which Davis attributes to the amount of money being poured into research because of fundraising like she does.

“People would come by (at the tent) and they’d be like, ‘my grandmother had MS,’ or, ‘My brother’s got MS,’ and then we’d talk about it, and it starts a conversation, and other people come up and want to hear about what you’re talking about,” Davis said.

This month at Calera’s May First Friday festival, a cornhole tournament will take place with all proceeds from the tournament directly going to the National Multiple Sclerosis Society.

The idea was put together by Calera Main Street and May’s First Friday presenting sponsor Sav Mor Food Outlet, which is co-owned by Davis’s husband, Bill.

Davis said that her goal not just for the cornhole fundraiser, but all fundraisers, is to promote awareness and the message to be less judgmental of those you don’t know.

“I want people to be less judgmental,” Davis said. “If you see somebody parked in a handicapped parking place, and they don’t get out of their car with a walker or a wheelchair, there’s something else probably wrong with them. You don’t have to judge them (as if) they’re there for no reason.”

Davis also strongly believes that awareness doesn’t just help those already diagnosed with MS, but the general public who can become more familiar with early signs of the disease.

“I want people to be in touch with their body, and if they’re having some type of issue, pursue it,” said Davis, speaking of how important early diagnosis is. “If you don’t feel like you’ve got the right diagnosis, keep going. You’ve got to be an advocate for yourself before you can be an advocate for everybody else.”

The First Friday Cornhole Tournament is put together by Killin’ Time Cornhole. Registration is still open to anyone that would like to participate.

Those who wish to participate should download SCOREHOLIO in the App Store and select the Killin’ Time Cornhole MS Fundraiser to register.