New restaurant from Gumbo to Geaux owner coming to Calera 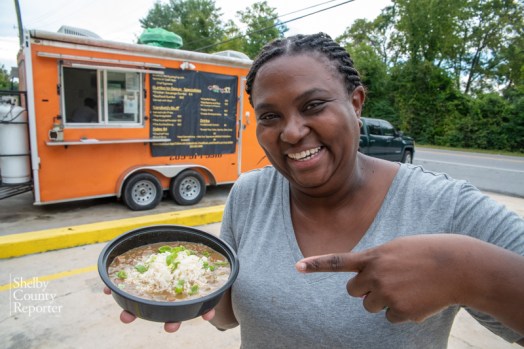 Etricia Robinson, the owner of the catering company and food truck Gumbo to Geaux, will open a New Orleans style sit down restaurant on Calera Main Street. (Reporter Photo/Keith McCoy and Contributed) 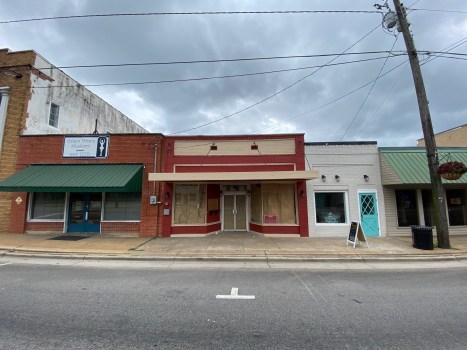 The restaurant, which will be called Roux Carré, is expected to open later this year or early next year next to Creations Galore and Moore on Hwy 31 in what used to be Sister’s II. The name refers to the French Quarter, and uses a play on words with rue, the French word for street, spelled like the base for gumbo, roux.

“I love this community, and we’ve been a part of Calera as far as our food truck for about five years,” Robinson said. “It’s just an honor that they even considered letting us come, and so we’re just really happy to be a part of this project.”

On top of the new restaurant endeavor, Robinson is also the owner of the catering company and food truck Gumbo to Geaux. She has been busy serving her creations in the Shelby County area since 2014.

Jackie Batson, Calera Main Street’s executive director and Robinson made the announcement during a Main Street update at a City Council meeting on Monday, May 2. Batson said she is very excited for Roux Carré to open as a nice sit-down restaurant is something that the community has been asking for for years.

“Everyone has been begging for more restaurants, and we need them,” Batson said. “But it takes finding the right business that is willing to invest in the property because it is a historic property that needs revitalization and restoration. Not only is it going to be the food people are requesting, it’s going to be revitalizing an old building that will have historic charm and character.”

Batson said that everything Calera Main Street and the main street businesses are able to do draws more customers, residents, visitors and businesses to the area which is good for the city.