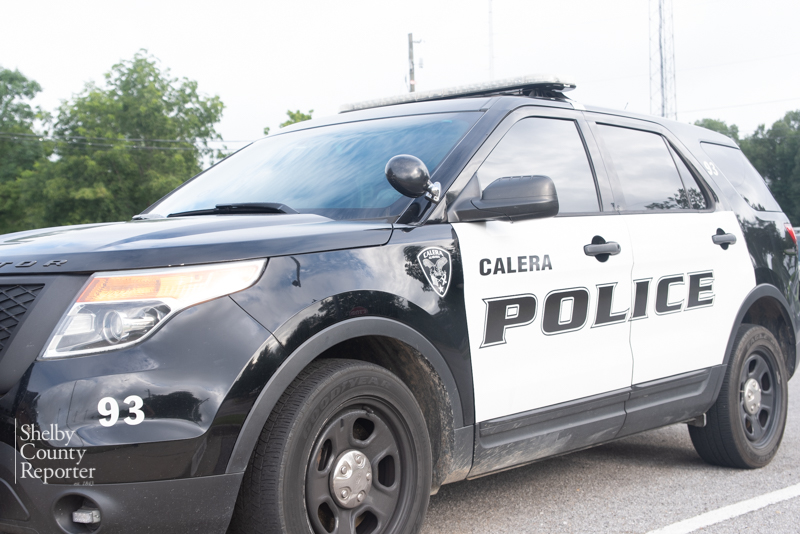 The Calera Police Department is looking for full-time and part-time school resource officers for all four of the Calera schools. (File)

CALERA – Five of the six juvenile suspects that were involved in the Tuesday, May 11 police chase in Calera have been arrested.

The sixth suspect is still at large and was seen near U.S. 31 behind Marvin’s.

“We will continue trying to locate this individual and provide updates as we can,” said a statement from the Calera Police Department. “The six suspects are all believed to be from the Atlanta area.”

The CPD said that the suspect still at large is an African American male and was last seen wearing black shorts and a red shirt with a black hoodie sweatshirt. CPD asks that if anyone has information or sees someone fitting the description, to call 205-668-3505.

The police chase began around 11 a.m. on Tuesday, May 11 after the CPD received a call from a citizen stating a vehicle at a gas station was involved in drug activity.

An officer responded and the vehicle sped away, traveled south on U.S. 31 and wrecked as it turned left on Whippoorwill Lane, after which the occupants of the vehicle fled on foot.

The CPD responded and set up a permitter with help from the Shelby County Sheriff’s Office.

After the CPD alerted the schools to a police chase in close proximity to the Calera Elementary and Calera Intermediate Schools, they announced that they were on Secure Perimeter status.

“Officers are posted outside the school and tracking dogs are now involved,” read a statement from the CPD on its Facebook page.

A Secure Perimeter status is an alert method that lets students and staff know that there is a potential threat within the community, and all parties should react as needed. Parents were asked not to come to the school to check students out unless necessary.

“Your students are safe in the building,” read an email from Calera Elementary School. “The school is in constant contact with Calera PD and will provide an update as the situation evolves.”

Schools were later dismissed around 3:40 p.m. following updates from the CPD.

“Thank you for your patience as we have worked to ensure the safety of the students,” the email read. “We also thank the Calera PD for their commitment to the safety of our community.”