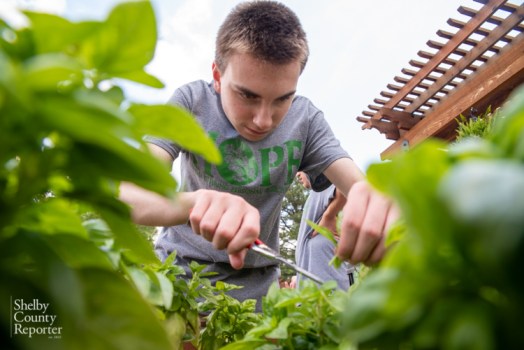 The garden began off campus in 2014. Over the years with the help of donations and hard work, the garden is now an on-campus significant feature. (Reporter Photos/Keith McCoy) 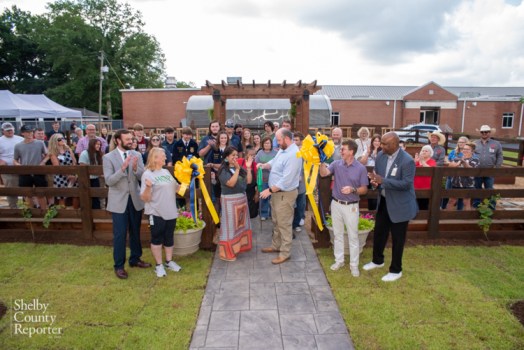 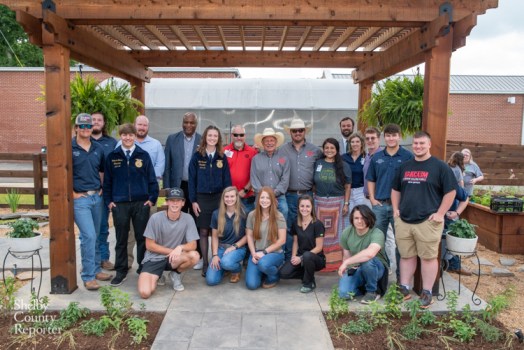 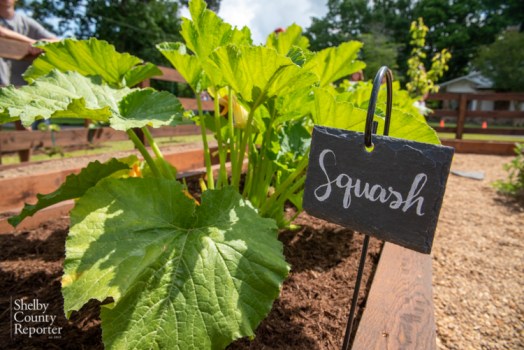 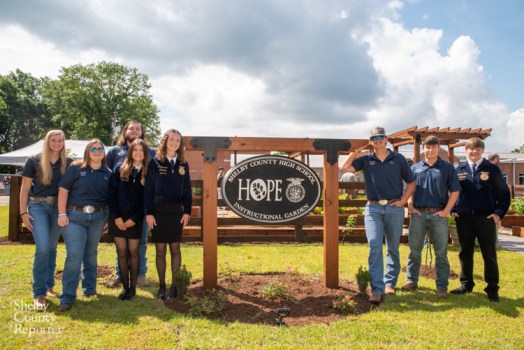 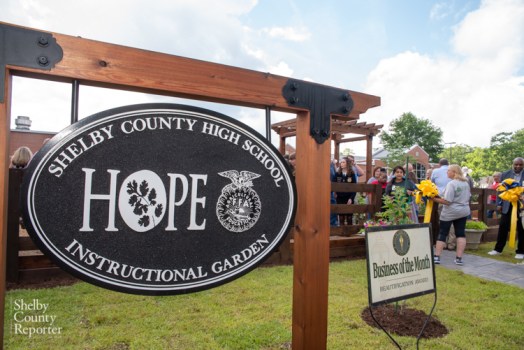 On Friday, May 20 a welcoming presentation and ribbon cutting were held for Shelby County High School’s Instructional Garden. The presentation and ceremony was followed by a tour and herb harvesting.

The garden got its roots at SCHS in 2014 when teacher Marisol Lilly wanted to buy socks for her students but couldn’t use the school’s Walmart card because it was a public fund.

She then came to the conclusion that she needed non-public funds somehow, so she called Jennifer Moon at Vincent Middle High School, who told her about the HOPE Project and suggested she start it at SCHS.

The HOPE Project, which stands for Herbs Offering Personal Enrichment, started more than 10 years ago when Cindy Vinson, a Vincent Middle High School special needs job coach, was looking for business partners that would give her students a job during their senior year.

Through that hunt, a partnership was born with Taziki’s Mediterranean Café and its founder, Keith Richards. The HOPE Garden allows for schools to create curriculum that revolves around growing herbs that they can sell to local restaurants.

“That changed everything for me,” Lilly said. “She (Moon) didn’t have to share her idea. She gave me a seed that had already been given to her and shared it.”

The garden at SCHS originally started small, across the street from its present location. They used a trashcan for herbs and had few tools.

“But we didn’t complain,” Lilly said. “We knew we had to start somewhere, and people had to believe in the goal.”

Now in 2022, the garden has transformed from a small idea into a staple feature at the school.

“My very first time driving by the school, (the garden) is the first thing I noticed,” SCHS Principal Kyle Dudley said. “I said, ‘Wow, that is one of a kind.’ This is something that’s really special.”

The Instructional Garden is a collaboration between SCHS’s Future Farmers of America organization and the Working Wildcats. Working in the garden allows them to be hands on in learning, something that teachers and students find important.

“What these kids are learning are life lessons,” said Dustin Cleckler, an AgriScience teacher at SCHS. “It’s deeper than what’s in the classroom. They’re getting experience they may not ever get.”

Cleckler said the program allows students to build on concepts they’re attempting to learn in class. Actually seeing the concepts in practice in a tangible setting makes them ask questions that they might not have had outside of a four-wall classroom.

FFA Student President Ava Vansant thanked everyone for the donations that helped make the garden into what it is today for students to have these one-of-a-kind experiences.

“To have everything possible that we’ve built in the HOPE Garden with our agriculture classes, we got to be one-on-one with peers, helping build,” Vansant said. “We built everything out there in that garden ourselves.”

The school raised $30,000 to build the garden. Students and teachers played a large part in building the on-campus site.

Richards was also present at the ceremony and said that it is thanks to the hard-working teachers that his small idea has become something larger than he had ever dreamed of.

“It has, no pun intended, blossomed past our imagination,” Richards said. “These guys have made a difference, not only in my life, but also the kids. This is one of those longevity things. I don’t like the word finale because that sounds like it’s an end; this is a beginning.”

He said things of this nature can only happen with strong leadership and passion.

“So thanks for allowing mine and Cindy’s little idea to blossom and flourish,” Richards said.