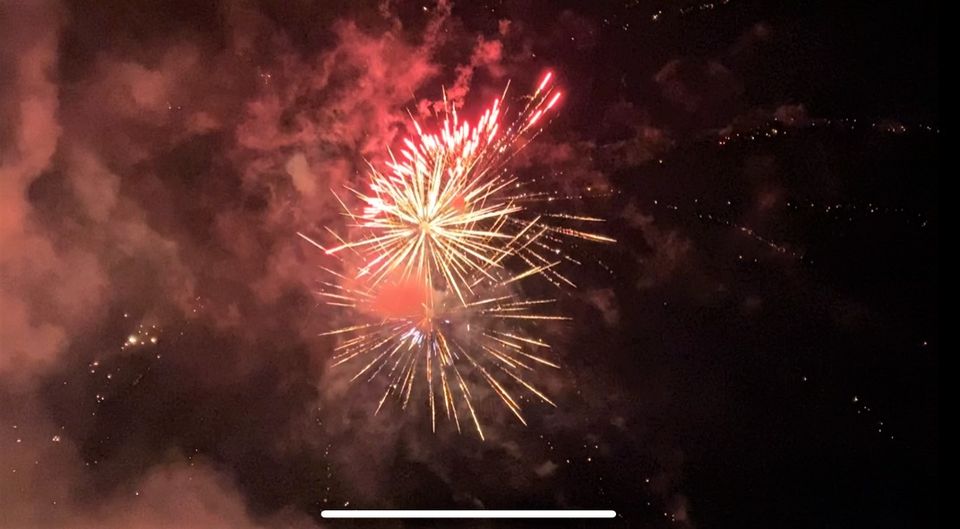 Calera’s July First Friday Festival will feature a 30 minute fireworks show to kick off the Fourth of July weekend. (Contributed)

CALERA – Calera Main Street held its first Fourth of July celebration last year during its First Friday Festival. The event was so well received that they will be bringing back the event for a second year.

“Last year was the first year Calera had ever had a big fireworks show,” Jackie Batson, Calera Main Street’s executive director said. “We were blown away by how many people came out and by how much everyone loved it. We’re looking forward to making year two even better.”

On Friday, July 1 starting at 5 p.m., in addition to the usual vendors, food trucks and musical guests that attendees expect during a First Friday festival, the event will also feature a 30-minute fireworks show to kick off the Fourth of July weekend.

Around 2,000 people attended last year’s celebration and Batson expects the crowds to be just as big, if not larger.

Calera Main Street is working with the Calera Fire Department to run the fireworks show, which they currently plan to launch from a platform across the railroad tracks. Batson said that attendees will be able to see the fireworks from The Heart of Dixie Railroad Museum, Food Outlet, the Calera Police Department, Cowart Drugs and the expanded Calera Courtyard.

The fireworks will go off after dark, and guests are encouraged to bring chairs so they can enjoy the show.

“I’m just tickled because last year was so much fun that I anticipate it being even bigger and better and fun for the whole family,” Batson said.

Food trucks that will be in attendance include Summer Snow, The Smith’s Station, Ms. D’s Soul Food, Gumbo to Geaux and more.

Batson said that there will be activities for everyone such as Collectivus Church’s free kid zone, music from LP Duo, Main Street’s merchant vendors and giveaways.

Parking can be found throughout the downtown area. Street parking is available along Hwy 25 and Hwy 31, parking lots are located behind Fuzzy Buttz Pet Supply, Cowart Drugs, the Calera Police Department, Food Outlet and the Heart of Dixie Railroad Museum.

Those interested in being part of any future First Friday events, email events@downtowncalera.org for details.

To stay up to date with any updates or changes, visit Calera Main Street on Facebook.