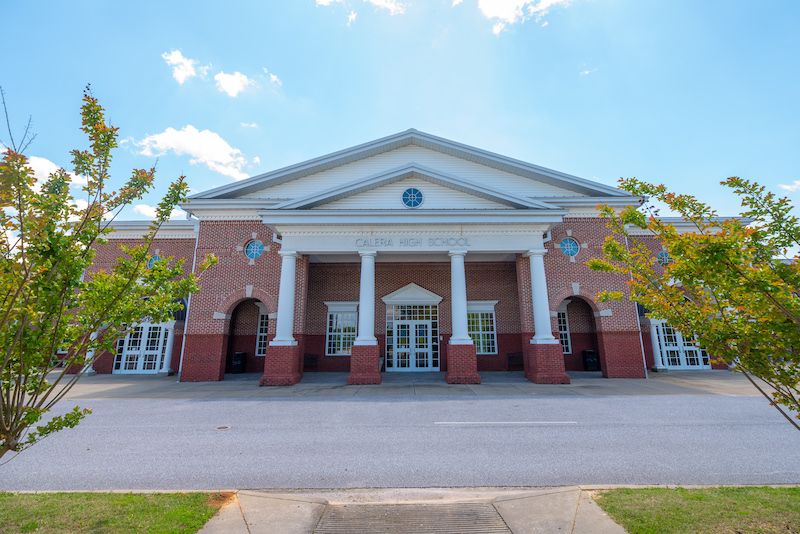 The CPD plans to hold in-depth active shooter drills at all Calera school campuses throughout the summer. (File)

Calera Police Chief David Hyche said the CPD has already had meetings with all four schools’ staff and the Shelby County Board of Education and has invited them to train alongside them.

Hyche said they are going to be extremely proactive with the training because in high-stress situations, people tend to respond based on training more so than thought.

“When people undergo high stress they tend to get tunnel vision, and they tend to just respond with muscle memory based on how they trained,” Hyche said.

Hyche also said another benefit to the training is that there are things they will think about and problems they can overcome in a lower-stress environment that can save them time in the future if a serious issue arises.

“The most important thing is time,” Hyche said. “The faster we can stop the shooter, the more lives we save. I mean it’s as simple as that.”

Every officer will be trained, not just specialty officers or the SWAT team.

The training will involve plastic training rounds and role players playing victims and shooters. Both classroom and real-life training will occur at all four campuses. The role players will likely be other law enforcement officers from other agencies and volunteers.

“We typically don’t use actual students from the school because the training we do is very realistic, and we don’t want to traumatize anybody,” Hyche said. “You know it’s extremely traumatic what we’re portraying, and we take it seriously.”

During the drills there will be a large police presence at the schools, and the CPD plans to release the dates that the drills will occur across its social media platforms in order to not alarm anyone.

The CPD also plans to require all staff members, including officers and dispatchers, to participate in multiple walkthroughs of all the school campuses inside and out, to familiarize themselves with the layout of the schools.

“The first time you go into a part of (the) schools doesn’t need to be when you’re responding to an emergency,” Hyche said. “We need to familiarize ourselves even better than we already are with our campuses.”

The CPD will focus their training on getting to the shooter as fast as possible and neutralizing them.

“I think that’s the most important thing,” Hyche said. “I really don’t want to dilute what we’re doing by worrying about what bus is going to take what kids where. All that is great and needs to be done, but until we can stop that person who’s killing those kids, and shooting those people, what else is important?”

Whether or not teachers will be involved in the drills will be left up to the principals and teachers themselves. Hyche said if they wish to be involved, there are welcome.

On top of the walkthroughs and drills, the CPD wants it to be commonplace for non-SRO officers to be at the schools during any time they have available. Hyche explained that officers might go there for their lunch or during the school day and walk around any of the campuses.

Hyche said the school administrative staffs are all in favor of this. Officers will check in at the school office when they arrive.

There will not be a schedule for when non-SRO officers will be present at the schools, but Hyche said it will be wonderful outreach for the kids to see them more and get to know all the officers.

Additionally, the visits will help officers stay familiar with the schools, and Hyche said it will be a deterrent to anyone who might wish to harm the students.

There will also be more SRO officers assigned to the schools this fall. Hyche said if someone intends to do harm at a Calera school, they won’t know if they are walking into a school with one officer present or six.