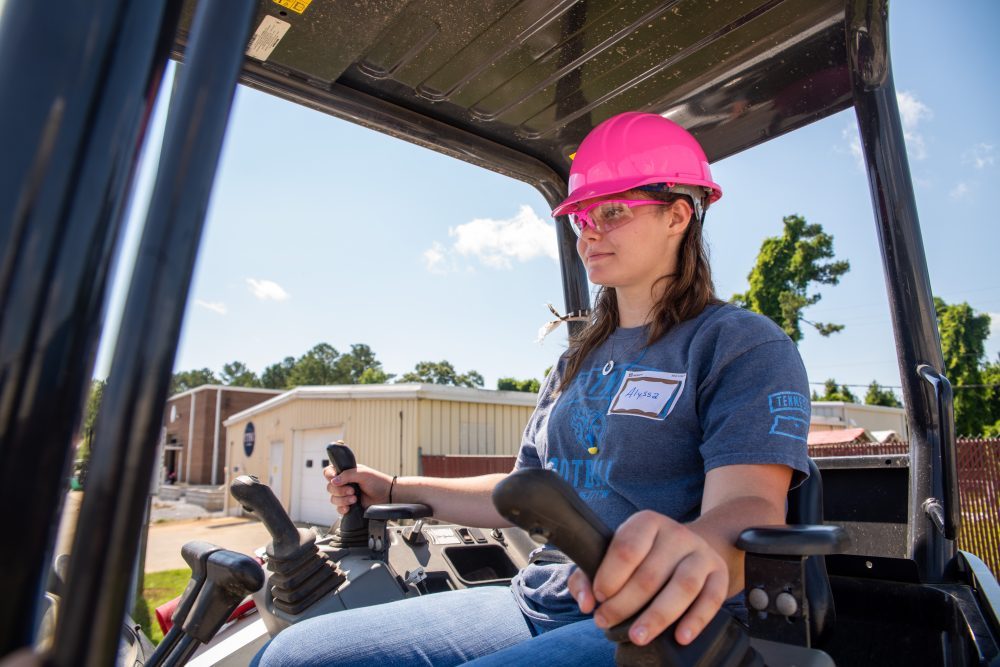 With college enrollment on the decline and an interest in learning trade skills increasing, it is time for schools to recognize the importance of offering trade programs. (Reporter Photo/Keith McCoy)

At the beginning of the month, Shelby County’s Career Technical Education Center held its annual Girls Can Construction Camp for Shelby County School students. The camp allows girls to learn skills in different trades such as carpentry, welding, plumbing and electrical.

I graduated from my high school in 2018, and to my knowledge, we had nothing like CTEC or the programs that it offers. The most similar thing I can think of would be a single career tech elective that students could take in middle school where I remember making buttons and a wooden tie.

While there might have been more in-depth classes offered, I don’t remember them, and they certainly weren’t pushed.

Mostly we were encouraged to take as many AP classes as possible. While this is not necessarily a bad thing as it can kickstart a lot of students’ college careers before they even commit to a school, college is not the path everyone wishes to take.

As I have worked at the Shelby County Reporter for the past 10 months, it has become more apparent just how important it can be for a kid to learn a trade skill and pursue it as a career after they graduate high school. I have started to feel like an influx of kids recognize that going to a trade school and getting certified in those fields is just as valid and rewarding as going to a four-year institution.

At first, I thought I might just be noticing this rise because of an internal bias. I had not grown up with those opportunities accessible to me, so now that I work five minutes away from CTEC and cover stories involving it, it’s only natural for me to all the sudden think, “Huh, there’s a lot more of this now then there was when I was in school.”

But, I am a Googler and researcher at heart. So I typed into the trusty web, “Is skilled trade education on the rise?” And just like that, the omnipotent machine confirmed my suspicions.

According to The Home Builders Institute, the number of secondary schools in the U.S. that have started to embrace trade skills curriculums is growing rapidly. HBI is a non-profit organization that provides career training in the building industry.

In June 2022, HBI reported that it experienced more than a 300 percent increase in the number of schools licensing its trade skills curriculum since the start of the pandemic.

Additionally, there has been a decline in Americans enrolling in postsecondary institutions. According to the National Resource Clearinghouse Research Center, the undergraduate student body is now 9.4 percent or nearly 1.4 million students smaller than before the pandemic.

Although the pandemic itself most likely played a role in students not seeing the point or financial risk of college, I do believe that the rise in a spotlight on trade skills and a slow but steady decline of such a rigid expectation to make a four-year college work for you despite its cost has helped shift expectations for those graduating high school.

I also feel like the ability to make more money starting out in a trade than most people make four years into a career even with a bachelor’s degree has its draw.

After I had written my story covering the camp, I sat in the backseat of my friend’s car as her little brother chauffeured a group of us around. We were all high school friends, many of them back for the summer as they had just graduated.

Naturally, we asked the little brother who was a senior at our old school what teachers were still there, who still taught what and what classes he would be taking.

A patient care technician class. He would be going off-campus to take the class, it was an elective credit, and he was able to find out about it easier than any one of us would have been able to when we were still in high school.

We raved on about the fact he was able to have opportunities we didn’t have just four years after we were there for a solid five minutes before finding a new topic to ramble into.

However, it stuck with me that many kids now get more opportunities to explore “non-traditional” career routes in their K-12 school days, and how important continuing that way of thinking will be. A lot of schools have a long way to go when it comes to supplying those opportunities, but even the smallest things can help point a kid towards a path that they might not have thought to explore in a traditional institution.