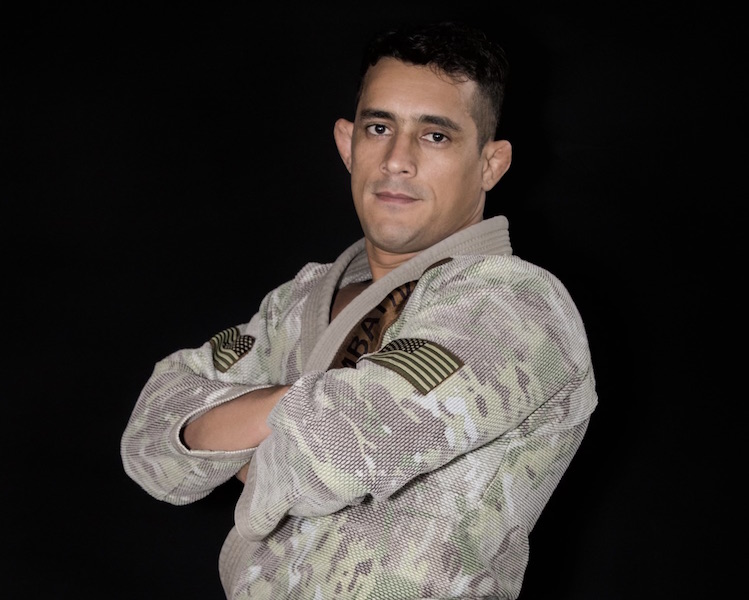 When he was about 10 years old, Elioenai “Raio” Campos decided to try the Japanese martial art of jiu-jitsu.

His parents wanted Campos to be involved in a sport, mainly to keep him busy and shielded from drugs and other bad things on the streets of the impoverished area where they lived in Brazil.

A shy child by nature, Campos gravitated to martial arts, and specifically, Brazilian Jiu-Jitsu, a combat sport based on ground fighting and submission holds.

“My father was a soccer player,” Campos said. “He wanted me to play soccer, but martial arts were something I was more interested in.”

Over time, he noticed a difference in himself—and he knew jiu-jitsu was the main reason.

“This sport helped me a lot,” said Campos, who owns a jiu-jitsu and fitness gym in Columbiana called Ground Strike Grappling. “Martial arts did not just occupy my time, but it also helped me become a better person.”

Now, at 37 years old, Campos looks back on his choice as a timid child to try something new as one of the most impactful decisions of his life.

This summer, Campos will have the opportunity to represent the United States as he competes in the Jiu-Jitsu (Ne-Waza) men’s 85kg weight class at the World Games.

“I feel it is a big accomplishment for me,” Campos said. “I’m just really excited.”

Campos’s journey to the World Games has been filled with challenges and victories in the years since he first took up jiu-jitsu as a 10-year-old boy.

He dedicated himself to training for more than a decade, establishing a strong physical and mental foundation that helped him in competitions and in life.

“I strongly believe that martial arts, and especially jiu-jitsu, can help anybody overcome personal issues like low self-esteem,” Campos said. “Facing your opponent, you’re going to try to do your best technique. There are bad moments you have to try to overcome. You have to keep trying.”

A huge victory in his career came in 2011, when Campos won the South American BJJ Championship.

Not only was it a milestone for him as an athlete, but it ultimately opened the door for him to move to the United States.

He joined the Alabama National Guard and currently serves as an infantryman assigned to the 1-167th Infantry Battalion.

To prepare for the World Games, Campos has stuck to a rigorous training schedule that has included sessions with some of the top athletes in his sport in the U.S. and Brazil.

His constant goal has been to get out of his comfort zone and push himself to be his best, knowing his prime days as a competitive athlete are numbered.

“This sport is really something I love so much,” Campos said. “I’m trying to enjoy this as much as possible.”

But aside from the physical aspects of competing, Campos is also aware of the chance to be a role model for other kids who need a positive influence in their lives.

“If I can impact somebody’s life, this is my wish,” Campos said. “I’m not just an athlete; I’m also a professional and teach martial arts. I hope all the experience I’m getting, I can pass it forward for the next generation and help them become better leaders and people.”