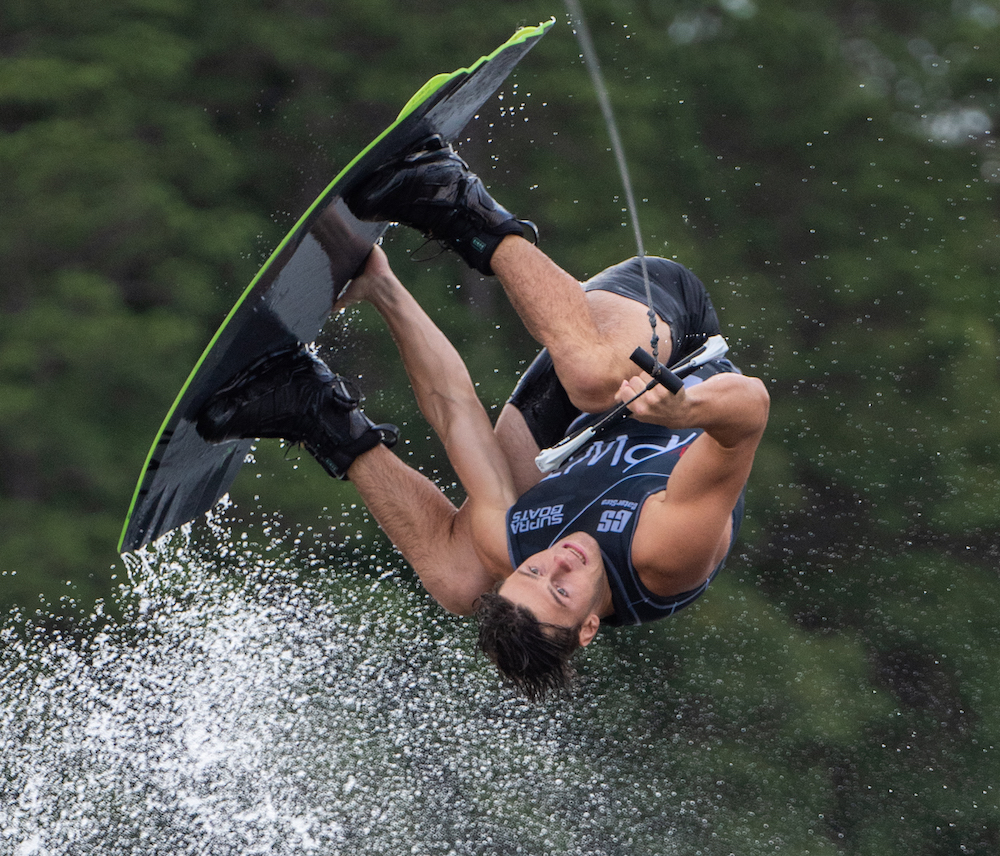 The World Games will feature three sports at Oak Mountain State Park. Some of the sports taking place throughout the 10 days are widely known, while others lack popularity in the states. (Reporter Photo/Keith McCoy)

The World Games will feature over 30 sports from July 7-17. This year, three of those sports will take place in Pelham’s Oak Mountain State Park — waterski and wakeboard, canoe and orienteering.

Anna Jones with Oak Mountain State Park said that The World Games “is a once-in-a-lifetime chance to showcase the beauty of Alabama State Parks to a global audience. All of us here at OMSP are excited for this opportunity to highlight the importance and mission of Alabama’s State Parks.”

“We are proud to be able to show the world the beauty of Alabama,” Jones said.

Some of the sports taking place throughout the 10 days are widely known, while others tend to fly more under the radar due to their lack of popularity in the states.

The sports have been a part of The World Games for the past 10 editions out of a total of 10 and will also feature at this year’s 11th edition.

Spectators will be able to watch all of the teams take part in these sports at the Oak Mountain State Park lake on July 14-16.

Waterski and wakeboard are classified as towed water sports. Waterski has three different categories — slalom, trick and jump. Wakeboard has one category only.

In waterski, slalom is when skiers only use one ski, with both of their feet facing forward with one in front of the other.

During The World Games, skiers will have to maneuver around a six-buoy course to pass. The boat speed will be fixed, but the rope length will not be. After each successful pass, the rope will be shortened. The winner is determined by which skier is able to pass around the most buoys on the shortest rope successfully.

The trick category is when skiers use smaller, oval-shaped skis. In 20-second runs, skiers must execute a series of pre-selected tricks which a panel of judges scores based on pre-determined point values and the completion of each trick. The skier that obtains the most points wins.

Skiers participate in two passes, one for hand tricks and one for toe tricks. Hand tricks include surface turns, rotations over the wake and flips while toe tricks are done with only one foot attached to the handle and include completed wake turns and rotations.

Freestyle is wakeboard’s single category. Wakeboarders perform jumps by launching themselves into the air using the wake. In the air, the riders attempt tricks. They are allowed one fall during their two passes.

Points are awarded by judges based on execution, intensity and composition. The rider with the highest score wins.

Orienteering is a sport not many people in the U.S. are familiar with. With only three club organizations in the Southeast with a focus on the sport, many in Alabama might have no idea what it entails.

The sport is most popular in its country of origin, Sweden, where it was used as a land navigation training exercise in the Swedish military for its officers. It is also popular in other European countries such as Denmark and Norway.

Anne Mathews, a member of the local Alabama orienteering club Vulcan Orienteering is excited that The World Games will shine a spotlight on the sport, raising more awareness about the sport on a local and national level.

“We hope it will get more people interested in orienteering and send more people to our local meets,” Mathews said. “It’s a really good strength building, confidence in yourself building sport. It teaches you how to read the terrain and makes you more comfortable in the woods even if you’re just hiking.”

In orienteering, participants must navigate to a sequence of various points, also called control sites, in diverse and unfamiliar terrain using only a map that they receive when the race starts and a compass. Orienteering maps are made with base LiDAR maps and prepared specifically for the races. They include universal symbol clue sheets which mark a control number, a code, features, details, dimensions and more.

Courses contain a start, an arrangement of control sites marked by circles on the map, numbered in the order they must be visited, and connected by lines; and a finish.

Courses can range anywhere from dense forests to cities.

On the course control flags mark the locations that orienteers must visit. An electronic “punch” is made using a finger stick or air tag that contains a chip inside which records their time at each control site visit. This punch verifies their visit. The orienteer knows where each control site generally is on the map, but the route they take to get there is completely decided by them.

The winner is determined by the lowest time it took to get from the start to finish while punching in at all the control sites in order.

The World Games will include three disciplines: middle distance, sprint and sprint relay.

Middle distance is a short cross-country race. It has a winning time in the region of 30 minutes. The middle distance races will be held at Oak Mountain State Park and are free to attend.

Sprint races are very short and are held in city parks and urban settings. Control sites include benches, litter bins, sculptures and other objects that are found in urban parks. The winning times in the region for sprints are 12-15 minutes. Competitors in this discipline will be racing at Birmingham Southern College.

Sprint relay is a race run by a team. Each individual runs the course, with teams given different maps that will take them to different controls, which is called forking.

“Otherwise, they’d all just be following each other,” Mathews said. “But (they) can’t follow someone because they don’t know if they’re on the same fork as them or not.”

When the first runner gets back, the next runner can start their time and begin to look at their map.

The collective time of the team is what determines the results. In The World Games, the Sprint Relay races will be held at Railroad Park in Birmingham.

Tickets will be required to be at a spectator area, but they are free to obtain beforehand at The World Games website or the day of at the Ranger Station in the park.

Mathews extended her gratitude to the 77 volunteers that will help with the orienteering section of The World Games.

“Half of our volunteers are from out of town, but probably two-thirds of them are orienteers, we have people coming from Colorado and California, several people from the Georgia club are coming,” she said. “But we also had to go in and get people from the general pool, so we do have about 20 people that do not have orienteering experience. We really appreciate everybody that volunteered to help us because it’s going to be hot.”

Those interested in learning more about orienteering or who would like to check out Vulcan Orienteering, the Alabama-based orienteering club, visit VulcanOrienteering.org/.

Less common than Waterski and Wakeboarding, but more known than orienteering, canoeing is a sport that found its origins in England. Canoeing is popular in countries such as Australia, Germany and Hungary.

The sport has been a part of the past four editions of The World Games.

Those interested in watching this event at the games, can see the marathon discipline July 11-13 at the Oak Mountain State Park lake and see canoe polo July 15-17 at the Birmingham CrossPlex.

There are two canoe disciplines taking place during The World Games— marathon and polo.

Marathon is when a competitor races in a long-distance water course that does not meet prescribed standards. Therefore, athletes race on the water as it is. They might have to go around various obstacles of varying degrees of passability or maneuver between waterways.

Canoe polo is a competitive discipline that mixes boating and ball skills involving a team of five players who attempt to score in their opponent’s goal that is two meters above the water. Players can maneuver the ball by hand or by using their paddle.

Polo canoes are designed to be lighter and faster than normal canoes which allow players to move easier.

Tickets to the canoe marathon, wakeboarding and waterskiing events are $19.75 and can be purchased at Am.ticketmaster.com/twg2022/. Tickets to attend the sports competitions cover entrance fees into OMSP. Guests will show the gate staff their tickets for The World Games, and they will be let into the park with no additional fee.

Canoe marathon, wakeboarding and waterskiing will all take place off of Terrace Drive. The water sports are being held on Double Oak Lake. Orienteering will be held on trails and roads near Terrace Drive.

For anyone who plans to attend Oak Mountain State Park to watch one of The World Game events, there are multiple parking lots for spectators located along Terrace Drive.

Jones said she recommends spectators arrive early if they want to park closer to the competition area, but that there will be plenty of parking available.

Those interested in purchasing other tickets for The World Games or who want to find out more about other sports can visit Twg2022.com/.