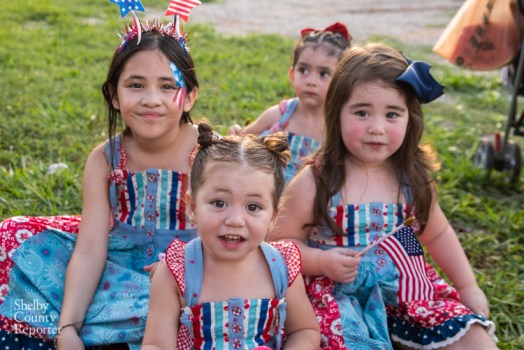 Despite the rain, Calera Main Street’s July First Friday festival had over 2,000 attendees and 60 booths for visitors to shop. (Reporter Photo/Keith McCoy) 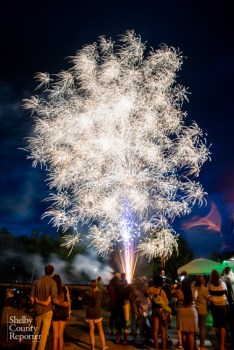 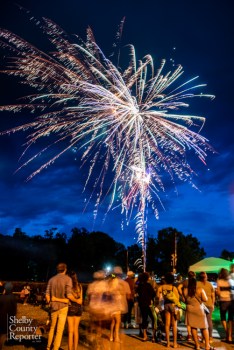 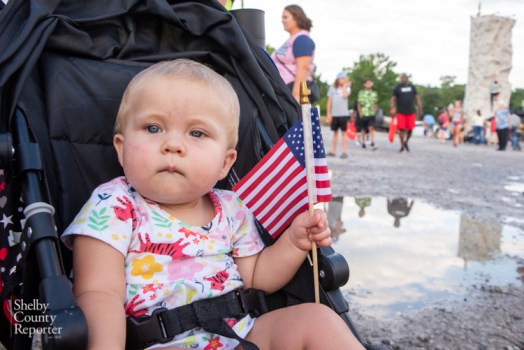 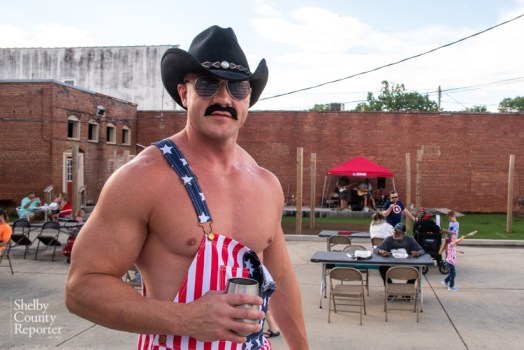 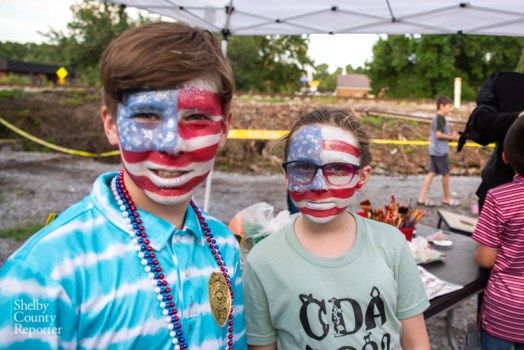 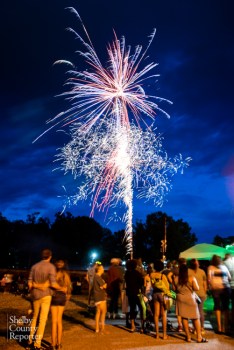 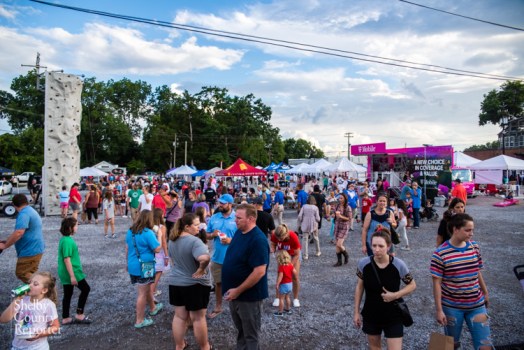 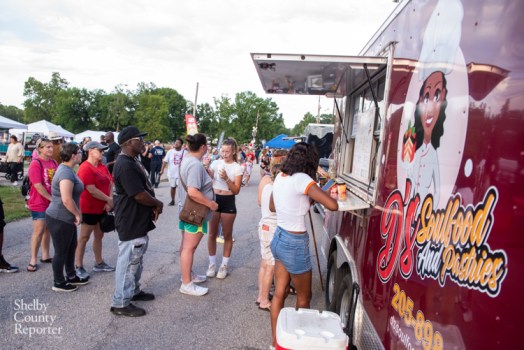 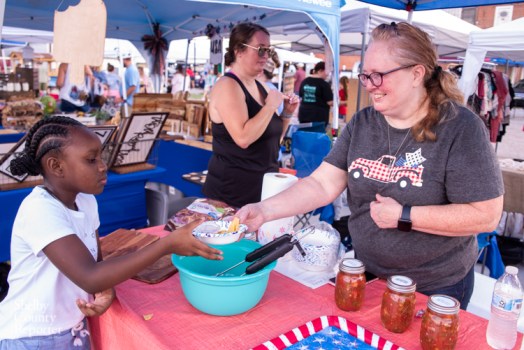 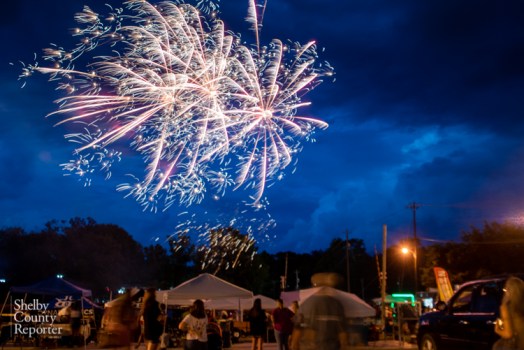 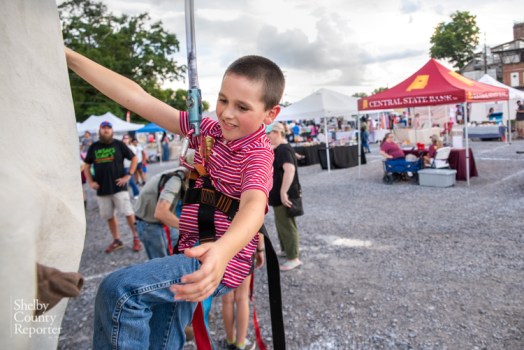 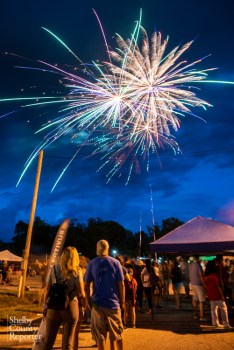 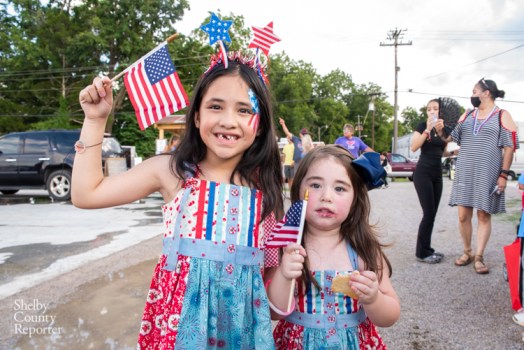 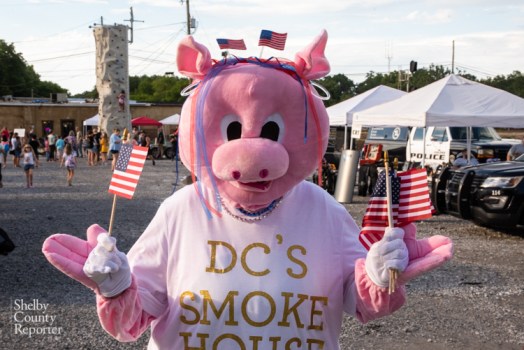 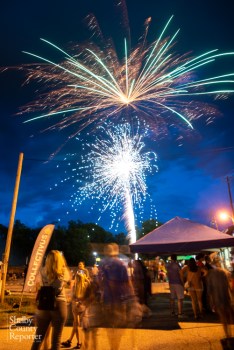 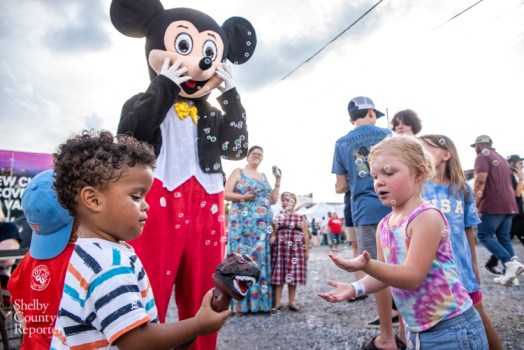 Main Street’s First Friday festival takes place each month and showcases local vendors, artisans, musicians, food trucks and specials from the Main Street merchants. This month’s festival centered around celebrating the Fourth of July. The night ended with the second annual Calera Fireworks Show which was put on in collaboration with Calera Parks and Recreation.

Compared to the previous year when they held the fireworks show, the number of attendees for this month’s festival broke records, with an estimated attendance of over 2,000. While the festival began at 5 p.m., fireworks went off around 9 p.m., and according to Jackie by 8 p.m. Main Street was packed.

In addition to record attendance, the festival also had 60 vendors and seven food trucks, which was double the amount of booths that the series normally has.

Due to inclement weather, the fireworks had to be shot earlier than expected, but that did not dampen the festive spirit.

“The rain was a challenge, but we rolled with it.” Batson said.

The fireworks show was bigger than last year, with Calera Parks and Recreation adding more fireworks to the lineup. Batson said that Parks and Rec scheduled and orchestrated the show well despite the fight against the rain.

Batson extended her gratitude to everyone who had a hand in putting on the festival.

There will be one final First Friday festival this year on Friday, Aug. 5.

“We are looking forward to that because it’s going to be all about back to school,” Batson said.