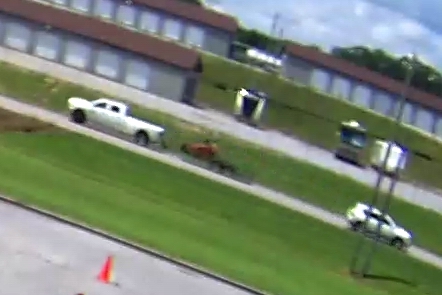 Above is a still photo of the suspected vehicle taken from video footage from the Career Technical Educational Center. (Contributed) 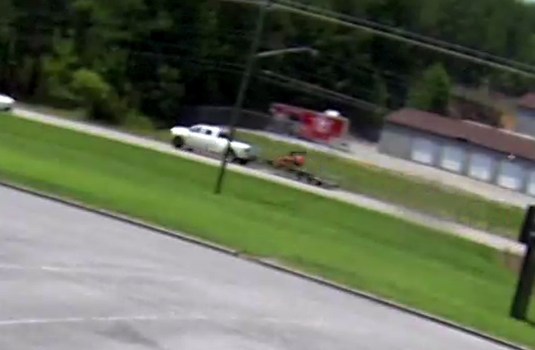 COLUMBIANA – A man was struck in a hit-and-run accident in Columbiana along Alabama 70 across from the Career Technical Educational Center and near the Shelby County Department of Human Resources facility on Saturday, June 11 around 2 p.m.

After passersby called for help, the victim, 46-year-old Chadwick Blankenship, was taken to the hospital where he is still recovering. Blankenship is in critical but stable condition.

On Thursday, July 7 the Columbiana Police Department asked the public for help identifying a suspected vehicle that it believes to be involved in the hit-and-run accident.

The CPD suspects that Blankenship was struck by a 2010 or newer white Dodge RAM dually possibly a 3500 model. The truck was seen hauling a double axel open trailer carrying what appeared to be an orange rear engine zero-turn mower.

John Hall, an investigator with the CPD, said the driver of the truck might not even be aware that it might have potentially struck Blankenship, and there are no current criminal charges pending.

Anyone who might have information regarding the vehicle or the driver of the vehicle can call 205-669-5511.